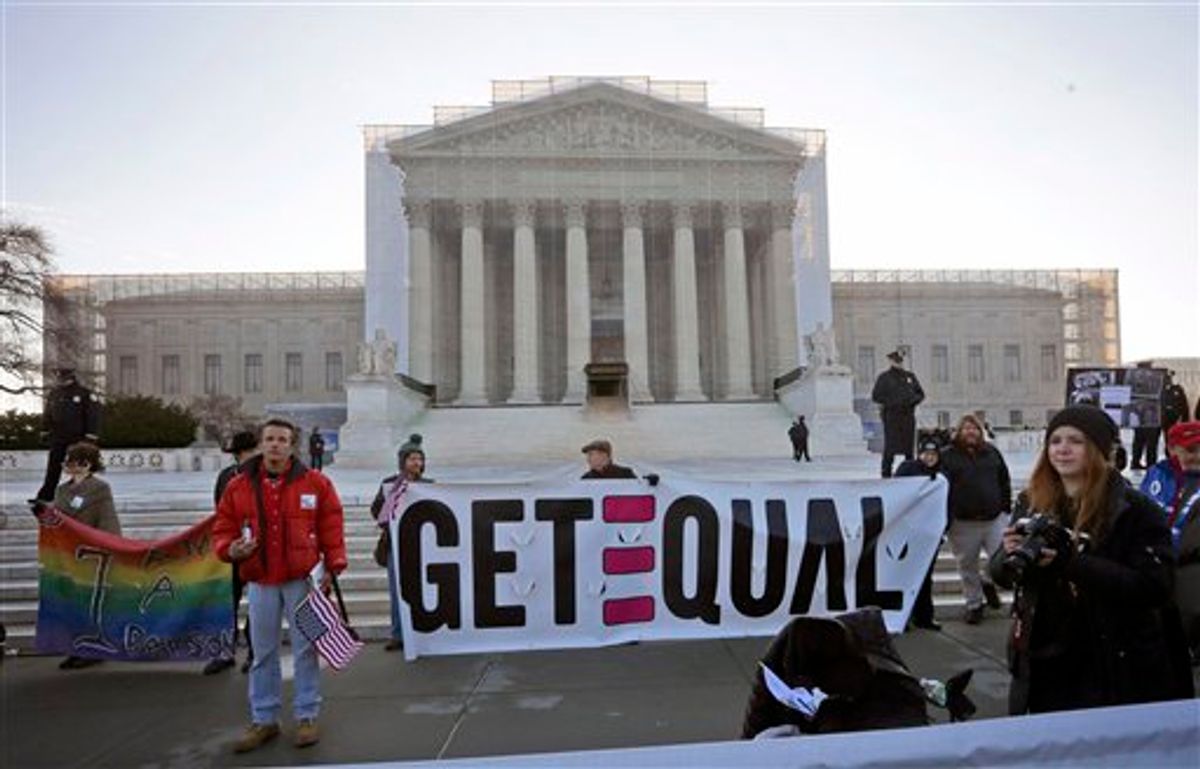 This week, a lawsuit filed on behalf of four same-sex couples in Utah was moved from state court to federal court, with many speculating that the state's ban on marriage equality will make it to the Supreme Court before too long.

The fight to deny couples equal marriage rights -- like the fight to deny people reproductive rights -- is expensive, and most of the burden sits with taxpayers themselves. Now state Republicans are considering a measure to get Utah residents to foot even more of the bill.

According to a report from the Associated Press, state Rep. Merrill Nelson, R-Granville, has proposed a measure that would allow residents to donate a part of their tax refund to the legal battle against marriage equality.

"This bill really is designed to appease both sides," Nelson said of the proposal. "It's not intended to be at all controversial."

As Brady McCombs at the AP notes, the donations probably won't make that significant of a dent in the estimated $600,000 the state is expected to spend defending the ban. The state office of fiscal analysts estimates Nelson's proposed "Marriage Defense Fund" would draw $60,000 over the next two years if an estimated 2,000 people donate $15 each.