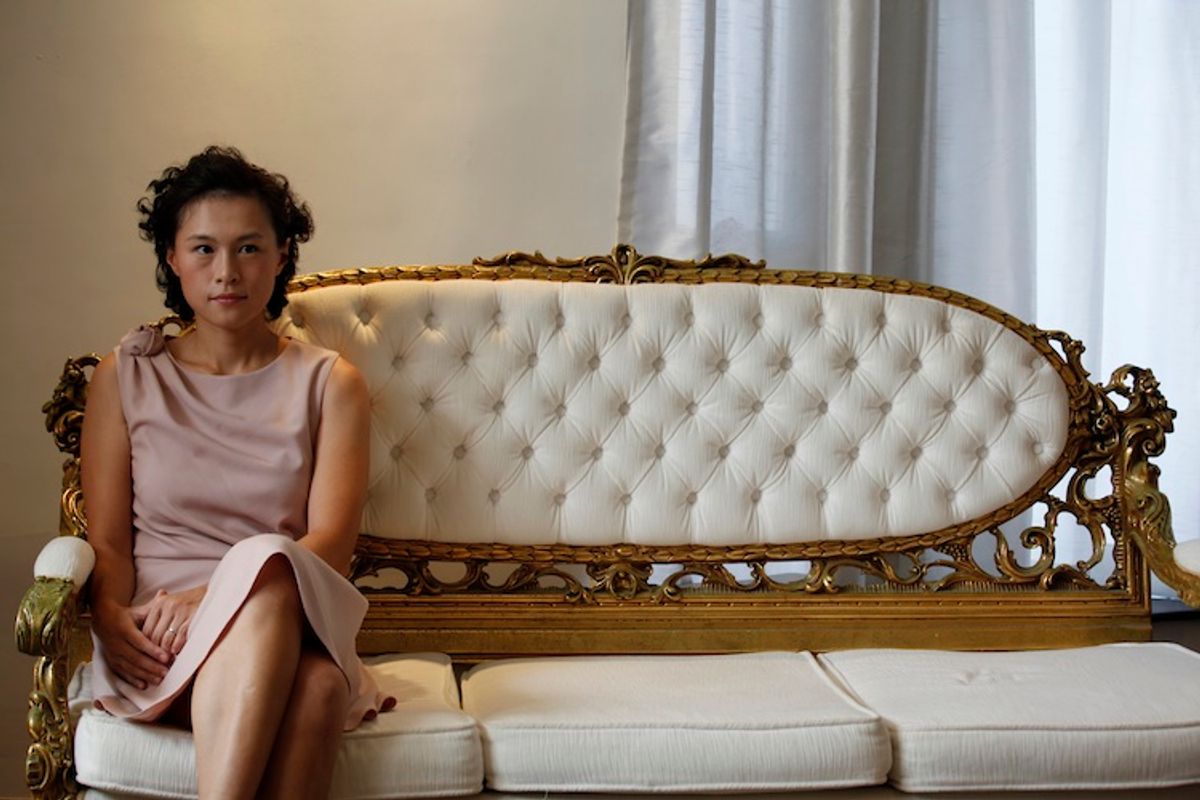 Gigi Chao's father has dreams for his little girl. He wants his 34-year-old daughter to find a nice man, settle down and get married. And because Cecil Chao Sze-tsung is filthy rich, he's even willing to sweeten the deal for a future son-in-law. Two years ago, the Hong Kong billionaire offered the equivalent of $65 million to the man who could get his daughter to marry him, "I don't mind whether he is rich or poor. The important thing is that he is generous and kind-hearted." This week, he upped the ante, big-time, doubling the offer to approximately $130 million. But though Gigi Chao is in a firmly committed relationship, she still doesn't have a special man in her life. Gigi Chao is gay. And all the money in the world won't change that.

Ms. Chao's father initially launched his campaign to find a husband for her in 2012, after she married her partner, Sean Eav, in a civil ceremony in France. Mr. Chao has staunchly refused to recognize the union, though the couple have been together nearly a decade. Her father has said, "I would not force her to marry a man. But obviously I would, from my point of view, prefer her to be married and to have grandchildren."

At first, Gigi Chao affably brushed off her father's vow to give the man who wins her a "moderately deluxe life." She told the Telegraph in 2012, "I was entertained by it, and then that entertainment turned into the realization and conviction that I am a really lucky girl to have such a loving daddy, because it's really sweet of him to do something like this as an expression of his fatherly love."

But now that he's dramatically increased his offer to get his daughter hitched, Gigi Chao says that the suitors have been coming out of the woodwork. The South China Post has reported that she's received "strange" phone calls and emails from men telling her, "I want to be a billionaire!"

So this week she penned an open letter to her father that shows the true meaning of acceptance. In it, she praises her father for his "confidence, quick wit, and charisma" and says, "I love you very much ... I will always forgive you for thinking the way you do, because I know you think you are acting in my best interests. And we both don’t care if anybody else understands."

Ms. Chao goes on to describe her current situation with her wife: "I am comfortable and satisfied with my life and completely at ease with her," she says. "My regret is that you have no idea how happy I am with my life, and there are aspects of my life that you don’t share. I suppose we don’t need each other’s approval for our romantic relationships, and I am sure your relationships are really fantastic too ... However, I do love my partner Sean, who does a good job of looking after me, ensuring I am fed, bathed and warm enough every day, and generally cheering me up to be a happy, jolly girl. She is a large part of my life, and I am a better person because of her. Now, I’m not asking you to be best of friends; however, it would mean the world to me if you could just not be so terrified of her, and treat her like a normal, dignified human being."

That's how you have a kind, compassionate conversation. That's how you clearly and proudly acknowledge who you are, and articulate how you'd like to have a meaningful dialogue, while allowing the other person to meet you on the road of understanding. In her letter, Ms. Chao even acknowledges that perhaps she'd misled her father about her identity while she was going through her own experience of figuring out who she was, in a past that briefly included romantic relationships with the opposite sex. Fun fact for the Phil Robertsons of the world, who think maybe gay people just don't know what they're missing: Lots of gay people have had relationships with straight people. Ms. Chao says that for her, those experiences "made me frustrated, and I would yearn for my freedom again." But now Chao knows who she is and wants her father, and the world, to know it too.

Money won't change sexual orientation. And the touch of an opposite-sex person has no magical, gayness-reversing properties. Straightness is not a sexually transmitted condition. "I’m sorry to mislead you to think I was only in a lesbian relationship because there was a shortage of good, suitable men in Hong Kong," she says. "There are plenty of good men, they are just not for me."