Jesse Eisenberg is the world's next Lex Luthor 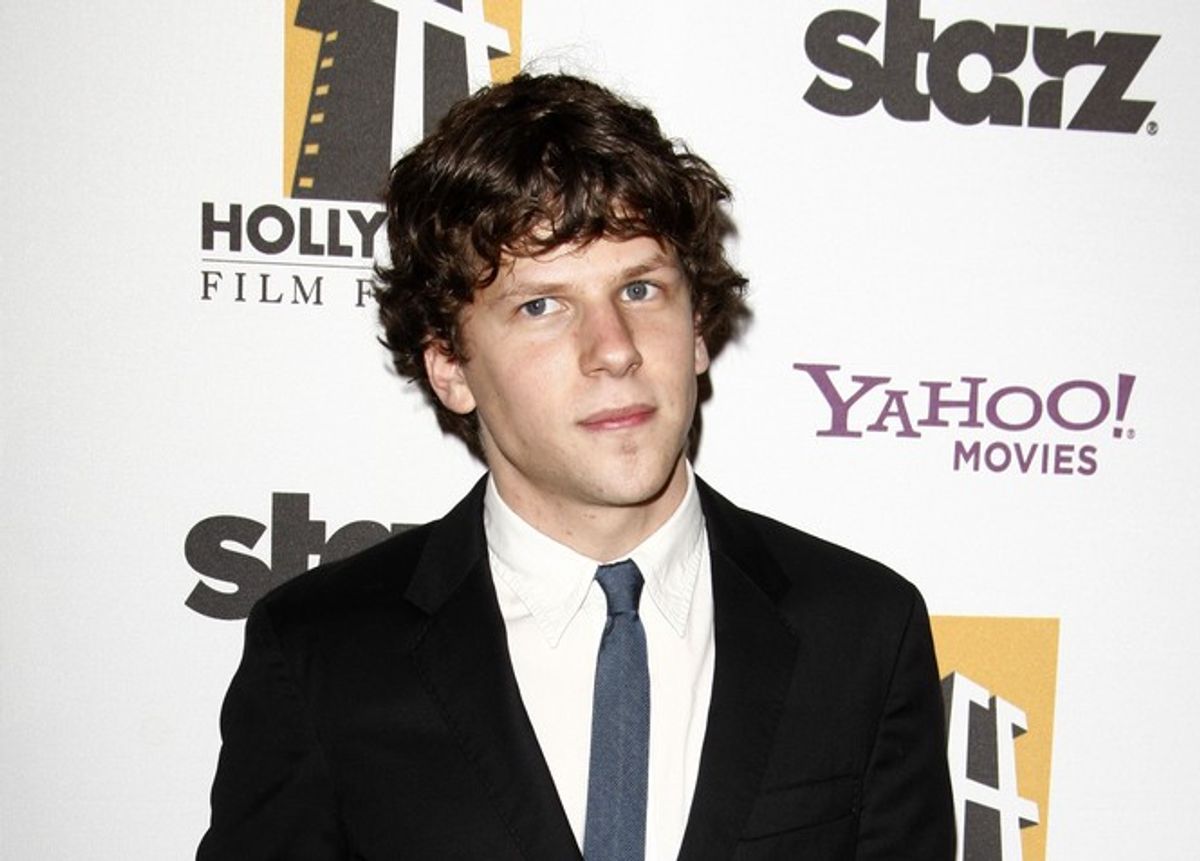 Variety reports that "The Social Network" star Jesse Eisenberg has been cast as super villain Lex Luthor in Zack Snyder's upcoming "Man of Steel" sequel, which pits Batman against Superman. With Jeremy Irons joining on as Alfred, the butler of Batman (Ben Affleck/Batfleck), this film is shaping up to be quite...interesting.

Twitter is already cracking jokes at the casting call, lamenting that America's next super villain is Facebook founder Mark Zuckerberg and not meth kingpin Walter White:

But some argue that Eisenberg-as-Zuckerberg is exactly the super villain that America should have:

There's also the valid reminder that everyone doubted Heath Ledger could play the Joker:

And then, there's this:

In a recent interview with Total Film meant to promote "The Double," a movie by Richard Ayoade starring Eisenberg, the actor said that the Superman-Batman match-up had divided his entire extended family (though he wisely didn't pick a side). Ayoade, who was previously unaware of the film's development, was in disbelief and awe. "Villains? Who are we looking at? Is there any word on the villains?" he asked.

"You're assuming I haven't been contacted!" Ayoade joked.

Little did Ayoade know, he was sitting next to the future Lex Luthor all along: