"The Ice Age zombie Doomsday apocalypse has come to Atlanta," said Jon Stewart of the snowstorm 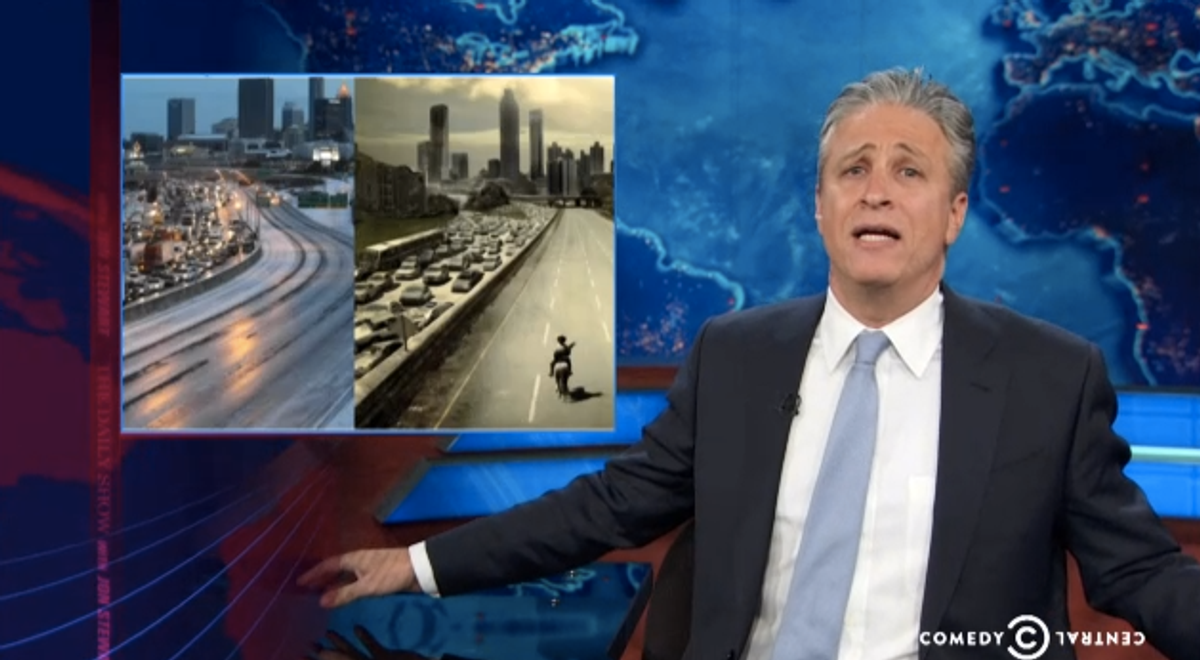 Just as omniscient psychohistorian Sen. Lindsey Graham predicted that the world is "literally about to blow up," referring to President Obama's negotiations with Iran, Atlanta was crippled by a winter storm that dumped 2 inches of snow on the Southern city.

"The Ice Age zombie Doomsday apocalypse has come to Atlanta," said Stewart of the storm, which left thousands of people stranded in warehouses, their cars and stores as the city virtually shut down.

But Stewart found that another villain besides "gay marriage" or Barack Obama might be responsible for Atlanta's lack of preparedness for just 2 inches of snow -- the local government. The irony is even stronger knowing that the Weather Channel, which predicted the storm in advance, is based in Atlanta.