Nothing like "Duck Dynasty": My life as a female hunter

I hunt and eat meat for health, and magazines and TV don't tell my story 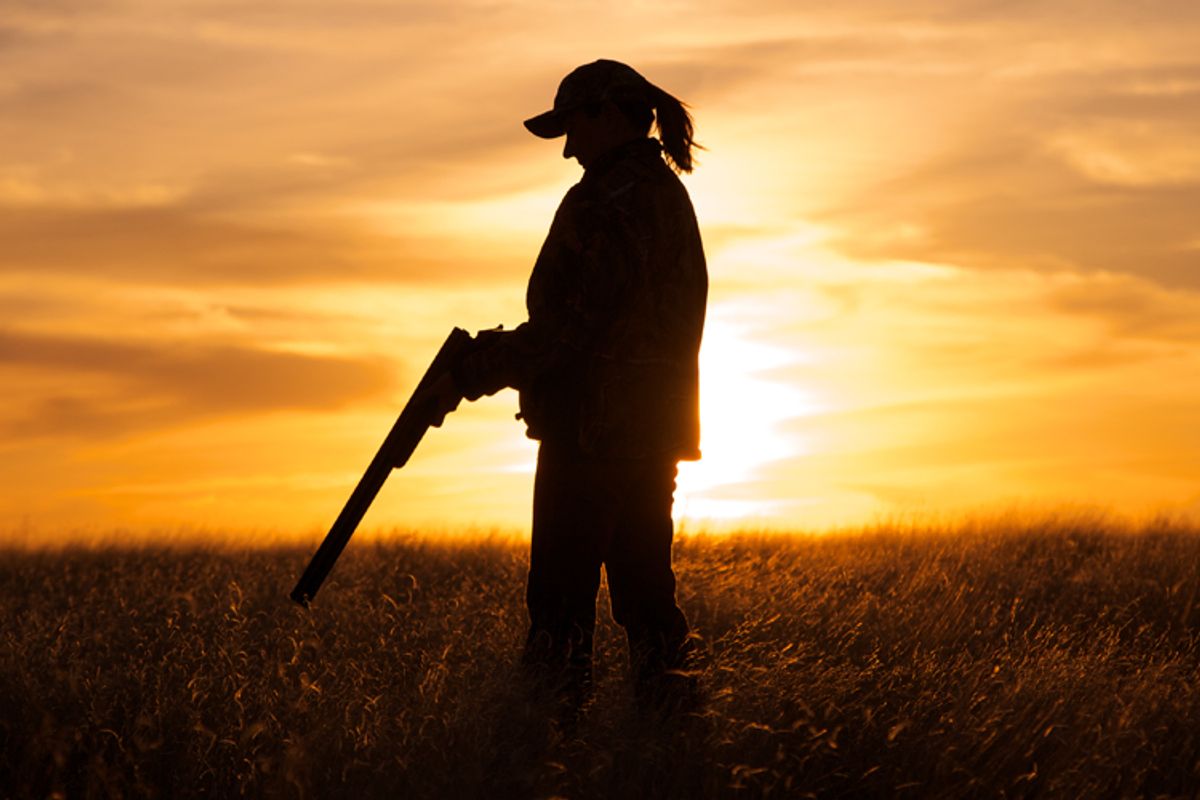 Female hunters are everywhere. They are on television as the women of "Duck Dynasty" and the ladies of "American Hoggers," blogging under names such as “Hardcore Huntress,” and co-authoring bestselling cookbooks such as "Kill It and Grill It." Is this reason for feminists to celebrate, or a symptom of something more complicated? And is there some unspoken rule that says female hunters must be white-hot blondes?

Alas, I am neither hot nor blonde (though my sister, during her rock-star phase, certainly qualified). I’m a Korean-American preacher’s daughter who hunts and butchers my own venison.  I thank the land, the Lord, and the deer for the bounty I am about to receive, for I fully expect that one day, nature will be feasting on what’s left of me.

The New York Times isn’t writing fawning articles about the kind of hunting that I practice, even though my bona fides sound a lot like those of the goddess of girl hunting, Georgia Pellegrini. She went to Chapin. I went to Andover. She became a stockbroker. I became a professor. She cooks. Me too. Pellegrini turned to hunting after butchering a domesticated bird. That was also where I started. After the encounter with an eviscerated bird, however, everything diverges.

Her world resembles that of baroness Karen Blixen, the avid huntress who wrote "Out of Africa" under a nom de plume and ended up getting played by Meryl Streep with Robert Redford as her lover. Mine is more like that of Helen Hamlin, a Maine schoolteacher whose 1945 memoir about living in the middle of nowhere, "Nine Mile Bridge," treated hunting as a fact of life instead of a remarkable event. Pellegrini’s capitalist cornucopia ensures that nature will provide, in the manner of a Whole Foods run by a dominatrix, and she looks like a fashion model as she guts out a pheasant. Even French couture can’t rescue my frump, and my notion of hunting is based on true fables about failure.

Ordinary hunting is an exercise in futility. Contrary to popular belief, it takes heaps of patience, a steady hand and a humble soul. I've been hunting for years now, and the men are happy to teach me the lore. But I am still at the novice stage where I’m not a good enough shot to carry a firearm on the hunt. I’m still plenty busy. There is a lot to learn.

City people are frequently surprised to learn that “hunting” isn’t a unified monolith but consists of groups and subgroups, including bow hunters (defined by weapon), upland bird hunters (defined by quarry), and growing numbers of women (defined by gender). Still, I can’t think of a single African-, Asian-, Latin- or LGBT-American male hunter with a blog, a book or any kind of presence on television. The president of the United States doesn’t count.  “Up at Camp David, we do skeet shooting all the time," Obama had said in 2012, regarding a controversial photograph of him pulling the trigger on a shotgun. "Not the girls, but oftentimes guests of mine go up there. And I have a profound respect for the traditions of hunting that trace back in this country for generations.” The gun guys were certain that it was all staged; the combination of ethnic minority and "wrong" political affiliation exploded Republican brains, leading to the predictable conclusion that it was all faked.

Still, it’s not conservatives but liberals doing most of the complaining about women taking up hunting. Certain strands of academic thought have theorized that meat eating and racism are inextricably linked. Per these critiques, any woman who takes up hunting is “white” regardless of her ethnicity, for participation affiliates her with a hierarchy that enforces a narcissistic form of dominion. This notion implies that no woman hunts because she needs to, as if there’s no such thing as systemic poverty in this country. If she does it because she wants to, well, we’re back to narcissism. At the very least, as a minority woman who hunts, I must either be inauthentic or incapable of seeing how my views have been co-opted by the patriarchy.

Ironically, this criticism is inevitably delivered from a place of white privilege, one that I am reflexively unable to inhabit because I grew up poor and rural. My childhood was shaped by church suppers where I helped to feed the hungry, and I learned that food goodness comes in many forms, including fried spam, jello salads and deer liver if you can get it.  I get scolded by animal rights activists, vegetarians and vegans who dismiss all forms of hunting as cruel. For well over a decade, I was vegetarian too. Then doctors finally figured out I was allergic to just about every nut, grain, fruit, fish, crustacean and vegetable. Allergic to all foods, in fact, except fresh meat. This doesn’t matter to animal-rights activists. In their eyes, my itchy, weepy, rash-covered existence is sadly deluded and grotesque. Am I letting down my people? Yes. This is what being a “model minority” entails. For nice Korean girls, the acceptable constraints of good behavior are winding and narrow. They are also exhausting, even if one is used to hiking up small mountains lugging a backpack full of field dressing tools.

The historical reality is that American women have always hunted as a matter of practicality and tradition. Along with the wilderness, these traditions are vanishing. Like any rarefied commodity, these slices of Americana have suddenly gained value, and golden-haired girl hunters suddenly have cachet. Seen through a nostalgic lens, these fair maidens invoke a happier time where everyone is white because that’s Just How It Is, yet this homogenous past has never existed except in the imagination. In this uncomplicated world free of evil, there are no immigrants, no economic woes, no climate change, no food allergies and no culture wars. There’s just acres of privately held land, a whole lot of willing critters, and a shelf of pies baked by a gorgeous gal with a gun. Who also has a hefty pile of cash in a diversified stock portfolio, making it possible for her to perform domestic duties while staging a photo shoot fit for the pages of Vogue.

The everyday world isn't sexy. It's grubby. But grubby has its own appeal, just not the kind that seduces consumers into buying sexed-up stuff they want but don't need. Consider a program called Youth Outdoors Unlimited, where children with disabilities can realize their dreams to live outdoors. They call themselves hunters too, never mind that they’re in wheelchairs or living with terminal diseases, and their joy at a successful hunt will make you cry.  That candor reminds everyone else why hunting still matters, and it's not about killing animals for some misguided notion of fun. Writes Jenny Nguyen, who co-writes the blog “Food for Hunters”: “The fact that I'm Asian is irrelevant. I hunt because I have an interest in what I eat, as I think any human being does.” She thinks, she eats, and she hunts for food. On good days, I like to think that I'm human too.