The fight over the "v" word 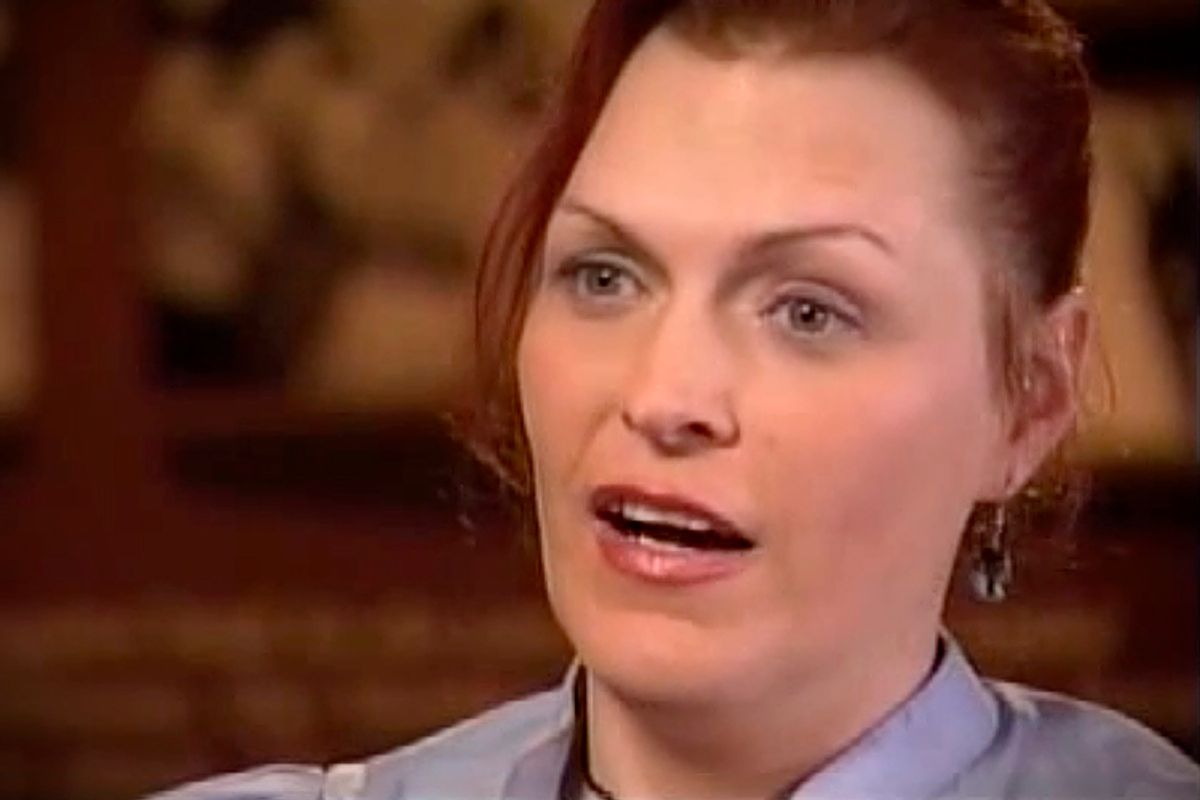 Of the many thought-provoking aspects of Michelle Goldberg's fascinating, divisive Nation piece this week on "Feminism’s Toxic Twitter Wars," one of the more illuminating ones was its revelation of the complex, sometimes contentious place of trans men and women within feminism -- and the ways in which a single word can stir up a controversy.

As Goldberg writes, "In a revolution-eats-its-own irony, some online feminists have even deemed the word 'vagina' problematic." She goes on to describe the debate that arose in January when actress and advocate Martha Plimpton tweeted about reproductive rights group A Is For's benefit for Texas abortion funds. The event, featuring Sarah Silverman and other comic and music acts, was called "A Night of a Thousand Vaginas." Critics argued that the emphasis on "vagina" was not inclusive of trans men, "who don’t want their reproductive organs coded as female." Abortion and transgender health provider DrJaneChi, for instance, called it "hurtful language" and said on Twitter, "Watching white cis 'feminists' shout down marginalized people makes you wonder since when feminism is about ignoring minorities." On Jezebel this week, NinjaCate commented, "Let's completely and totally ignore the fact that context matters and that while 'vagina' is an awesome, amazing word (and organ!) they are not exclusive to women, nor do all women have them, and using the word in this context is trans exclusionary."

Earlier this month, actress Laverne Cox eloquently explained to Katie Couric that transgender men and women are more than their anatomy. "I do feel there is a preoccupation with that," she said. "The preoccupation with transition and surgery objectifies trans people." We are all defined in ways far greater than what's between our legs. But I was still surprised that the word vagina would be considered "hurtful" to anybody who supports feminist issues, especially when it's been so staunchly silenced by those who seek to control women's health.

I admit I'm biased. I'm a proud supporter of the A is For organization and the work it does to raise awareness and fight for reproductive justice. I had seen the name of the event as a hat tip to the glorious cheese of the "Night of 100 Stars" broadcasts of the eighties, with a reproductive twist. I didn't take it literally, because a) there weren't a thousand people on the bill, b) one of them was Zach Galifinakis, who to the best of my knowledge does not possess a vagina and c) it was benefit for the Texas Abortion Fund. It was a benefit that came about because there are people in this country trying very hard to control women's reproductive freedom, which made it in my eyes a distinctly "We are all vagina" kind of moment. "I’m not going to stop using the word ‘vagina’ for anybody, whether it’s Glenn Beck or Mike Huckabee or somebody on Twitter who feels it creates a dysphoric response,” Plimpton told Goldberg in The Nation. "I can’t do that and still advocate for reproductive freedom. It’s just not a realistic thing to expect."

I'm not either, especially when I see how much fear and disgust and shame our culture attaches to that word. But I also know that my experience doesn’t make me an expert on anybody else's, and realize when people are getting upset about something, it's worth asking why. So I reached out to writer, entrepreneur and transgender activist Christina Kahrl -- who just earlier this month wrote a wise and nuanced response to Grantland's desperately toxic outing of a transgender woman, calling it "a permanent exhibit of what not to do, and how not to treat a fellow human being" – and asked her advice on how to have more fruitful online discussions about gender and feminism.

"It's a difficult conversation to have," Kahrl acknowledges. "The cramped media -- with Twitter being the worst -- that we resort to usually get freighted with extreme emotional components as a way to convey the strength of one's convictions, since every keyboard hero or heroine wants you -- and especially everyone else in the audience -- to be absolutely aware of their righteousness."

"That kind of exchange," she says, "even between people who share a lot of overlap in terms of worldview on issues -- in that kind of medium reliably fails to create the space in which to have the kind of conversations that we need to have about trans women and reproductive rights. We wind up not just with trans* folks being othered as a matter of initial oversight or indifference, their understandable frustration and anger can end up reinforcing that othering, because who really wants to be yelled at by these folks that you don't know? For trans* folks, it can be a lose-lose proposition where all we're left with is the cold comfort of understandable anger over exclusion. By assuming willful malice when it's more usually a general ignorance, we can end up forgetting to strike the other note, about how to encourage people to be inclusive, and how to celebrate our friends who get it right. Instead, too often it just creates these fragile, shaming conversations that breed mistrust instead of understanding and acceptance."

I still believe that wherever one falls on the gender spectrum, the word "vagina" should never make anybody feel bad. I still believe we need to keep listening to each other about inclusion. I still believe that feminism and reproductive rights are concerns for all of us, not just the select portion of the population that can get pregnant. We all have a stake in the fight for autonomy and control of our nation's reproductive organs, just as surely as we all have a stake in the fight for the rights and dignity of trans men and women. And I am reminded of how, a few weeks ago, I spoke with a powerful female media figure who told me that experience had cured her of trying to please everybody. But we need to keep having real conversations with each other -- which is a whole lot harder than simply making comments into the Twittersphere.

A Is For Feminism Martha Plimpton Reproductive Rights