Laverne Cox: "Trans women supporting and loving each other is a revolutionary act"

The actress and outspoken activist on the revolutionary power of love 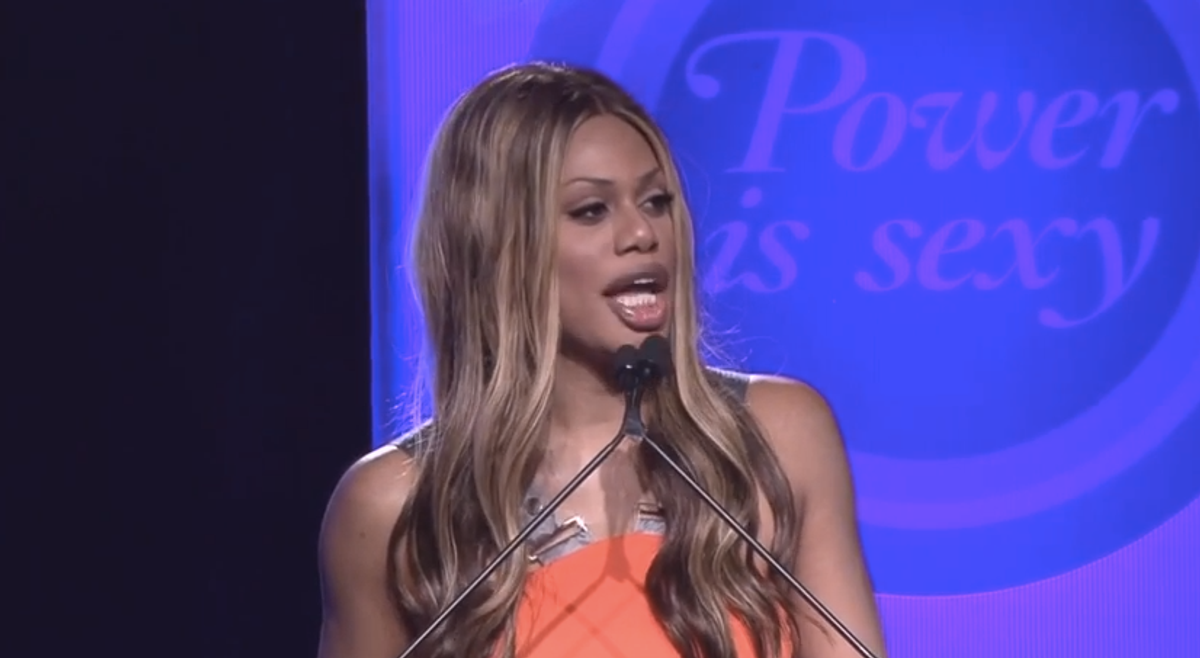 Laverne Cox has been making the media rounds lately, and thank goodness for that.

Last week, Cox gave the keynote address at the National Gay and Lesbian Task Force’s annual conference, and like her recent appearances on "Katie" and "Melissa Harris-Perry," she used her platform to share with the audience a complex, loving and radical vision for justice.

"This feels so amazing, all this love that you're giving me tonight,” Cox said. “I have to say that a black, transgender woman from a working-class background raised by a single mother -- that's me -- getting all this love tonight. This feels like the change I need to see more of in this country.

“I’ve always been like, ‘Love myself? How the heck am I supposed to do that?,'" she continued. "I believe, now, I’m starting to understand a little bit of what it means. I don’t internalize all the negative things and negative stereotypes that people have of trans women of color. I don’t do that number on myself anymore. ... I am starting to believe that in the deepest core of myself that I am beautiful, I am smart, I am amazing.”

In addition to speaking to her own experience and her work as an activist, Cox honored the work of others in the trans community, calling this a seminal moment in the movement for trans justice. “Trans women supporting and loving each other is a revolutionary act,” she said. “We are changing the conversation right now."

Cox, who is currently working on a documentary about CeCe McDonald, also spoke about McDonald -- and the community that supported her -- as inspirational forces in her own life and activism:

The way in which CeCe advocated for herself and the way in which her support committee advocated for her is a template for the way we do activism all over this country. It started with CeCe and it started with her having this profound sense of love for herself, that everyone around her felt. Everybody I talked to who has come in contact with CeCe talks about this woman who inspired them and who had so much hope and propelled them to have hope to and to fight on her behalf. Love for a black trans woman freed her and kept her safe on the inside. … I believe when we love someone, we respect them and we listen to them, and we feel like their voice matters. ... We let them dictate the terms of who they are and what their story is.

You can watch her full remarks here: