Jerry, George and Newman show up for a Super Bowl ad about...nothing 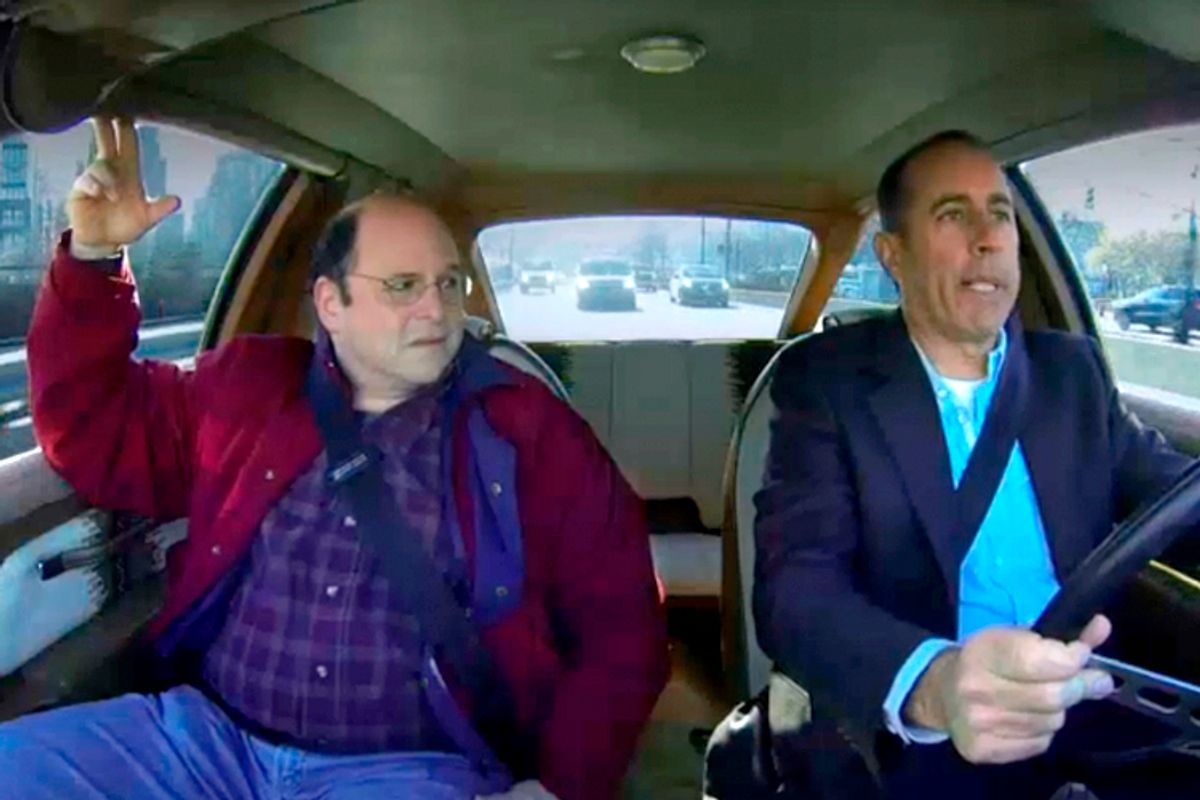 The much-talked about and much-anticipated "secret Seinfeld project" revealed itself right before halftime of the Super Bowl, and it turns out to be a long ad promoting Jerry's "Comedians in Cars Getting Coffee" web series for Crackle.

In the ad, Jerry and George are seen driving around, talking — yada yada — before heading to their favorite haunt, Monk's Café. While sitting together at a booth, Jerry and George begin to bicker about how no one invited them to their Super Bowl party...until it turns out that, actually, one of them was invited to "the Wassersteins'."

But the other one — go ahead, guess — was barred from attending due to loutish behavior during years prior as well as an unfortunate incident involving the master bedroom's toilet.

Anyway, that's right about when Newman (Newman!) shows up. Turns out he's a Seahawks fan.

You can check out the ad below, via Crackle: