Sochi is rounding up and killing dogs, aka "biological trash," ahead of Olympic games 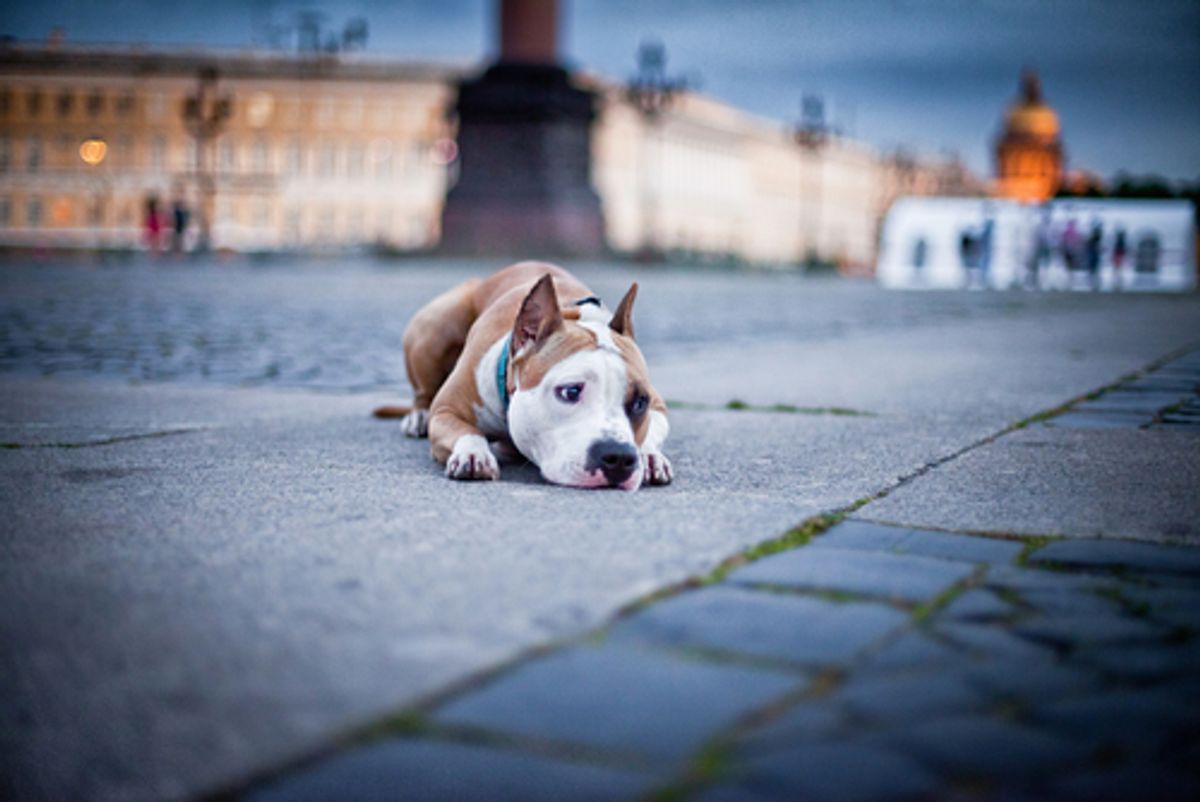 As the Olympic Games near, Sochi is ramping up its efforts to address the city's large population of stray dogs -- or as Alexei Sorokin, director general of pest control firm Basya Services, calls them, "biological trash."

Thousands of stray dogs are roaming the streets of Sochi, Sorokin said, and some of them are "biting children."

Sorokin said he attended a rehearsal of the Olympic opening ceremony last week and saw a stray dog walking in on the performers.

"A dog ran into the Fisht Stadium, we took it away," he said. "God forbid something like this happens at the actual opening ceremony. This will be a disgrace for the whole country."

Stray dogs are not uncommon in Sochi and the surrounding area, and many tend to gather near construction sites where they are likely to get food and shelter from workers. They have even been able to get inside the Olympic Park.

Sorokin's company operates in the Krasnodar region, which encompasses Sochi and the neighboring area. Sorokin refused to say how many dogs they kill a year, calling it "a commercial secret."

The safety risks, in Sorokin's head, at least, are extreme: "Imagine, if during an Olympic games, a ski jumper landed at 130 kilometres an hour [over 80 mph] and a dog runs into him when he lands," he said. "It would be deadly for both a jumper and for the stray dog,"

Authorities first announced plans to kill about 2,000 of Sochi's stray dogs and cats in April, but backed down amid international criticism. Sorokin's boasts, however, suggest that the government hasn't truly committed to alternative, humane approaches to dealing with the animals, like building shelters. Sorokin also refused to comment on how his company goes about killing the dogs. But according to the Independent, their treatment is often brutal:

Many of the animals are abused and even poisoned, stabbed or beaten to death by so-called “dog hunters”.

Vigilante groups have sprung up in several Russian cities, using poison-laced meat, guns and other weapons to kill strays.

Residents have protested for a government crackdown on the gangs, who sometimes kill pets by mistake.