New $10.10 wage for thousands of NYC airport workers excludes Newark, and civil disobedience could be ahead 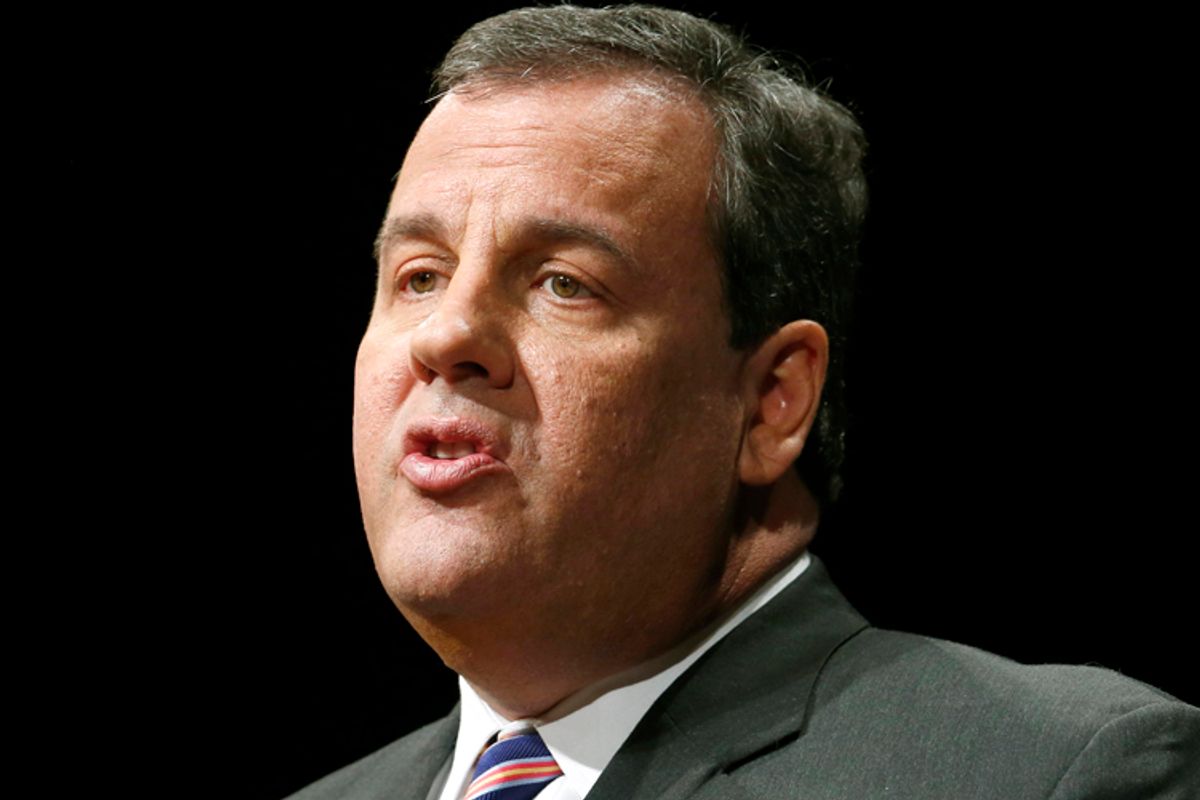 Low-wage Newark airport workers are calling out Chris Christie after being excluded from a major wage hike spurred by the Port Authority.

“We blame Christie for this ...” airplane cleaner Ulysses Grant told Salon. “He’s ignorant … He just wants to keep everybody in the same rut, in the same bad situation.” After 10 years working at the airport, Grant said the private contractor PrimeFlight pays him the state minimum wage of $8.25 an hour. A Christie spokesperson did not respond to a request for comment.

Grant is one of an estimated 12,000 low-wage contracted workers employed among the three big New York-area airports. Following a multi-year, union-backed campaign – including a Martin Luther King Day civil disobedience protest in which politicians and clergy were arrested – the Port Authority last week announced it would order contractors to phase in a $10.10 wage and a paid MLK holiday for employees. But the order covers only those workers at New York’s JFK and LaGuardia airports, not their counterparts at nearby Newark International.

Hector Figueroa, president of Service Employees International Union Local 32BJ, chalked that divide up to a “very dysfunctional” dynamic at the Port Authority, in which Christie’s appointees and those of his New York counterpart Andrew Cuomo each have “a very different vision of what the port should stand for.” If Christie chose to, argued Figueroa, he could “totally” ensure that the directive was extended to New Jersey as well.  “It is unfair to these workers,” he charged, “that he remains silent or indifferent.”

The New York Daily News reported that “sources said Christie was the reason Newark Airport workers are getting the shaft,” and quoted an unnamed Cuomo administration official saying New Jersey officials “don’t want to do it. And we’re not going to let that fact stop us from doing it on our side.” Asked about that account, Figueroa said, “So far the actions seem to be consistent with that view.”

Christie-appointed Port Authority deputy executive director Deborah Gramiccioni told the Daily News that the wage hike directive “raises complex labor, business and legal issues that our airlines, their business partners and employees are facing, and we need to consider the significant financial and operational impacts at our airports.” Figueroa countered that, given that “the vast majority” of Newark airport workers live nearby, “every dollar that goes into their pocket will be spent in their communities, and will contribute back to the economy.”

“To even insinuate that a competitive model for the airlines in our tri-state area should be to keep these workers in poverty is un-American, and it’s irresponsible,” argued Figueroa. “So we think that the governor of New Jersey should, above all, take action on this.” Given the controversy over Christie Port Authority appointees’ role in allegedly retaliatory lane closures, suggested Figueroa, “this is a great opportunity for him.” While pushing to continue raising standards at New York airports, the union president promised, “we are going to redouble our efforts to make sure that Newark is not left behind and treated unequally.” Asked if that would include civil disobedience in New Jersey, Figueroa said it “would be one vehicle” available.

$10.10 is also the rate proposed by congressional Democrats for a new federal minimum wage, and the rate President Obama announced in his State of the Union address that he would direct some federal contractors to pay employees under future contracts.

“I’m proud for” the New York workers, said Grant. But “we deserve it just like they deserve it.” He told Salon a raise to $10.10 would allow him to “buy my grandkids something, and pay some bills on time.”

Noting that the New Jersey governor had opposed the voter-approved wage hike that brought his pay up from $7.25, Grant charged, “Christie doesn’t support the working class people.” He said the lesson of the LaGuardia and JFK victories was clear: “When they don’t want to give it to us, we have to go out there and get it. Let people know we aren’t playing.”