How breaking news is breaking us: The rush to report Philip Seymour Hoffman's death

News of a celebrity's death can now spread across Twitter before the family's informed. That doesn't mean it should 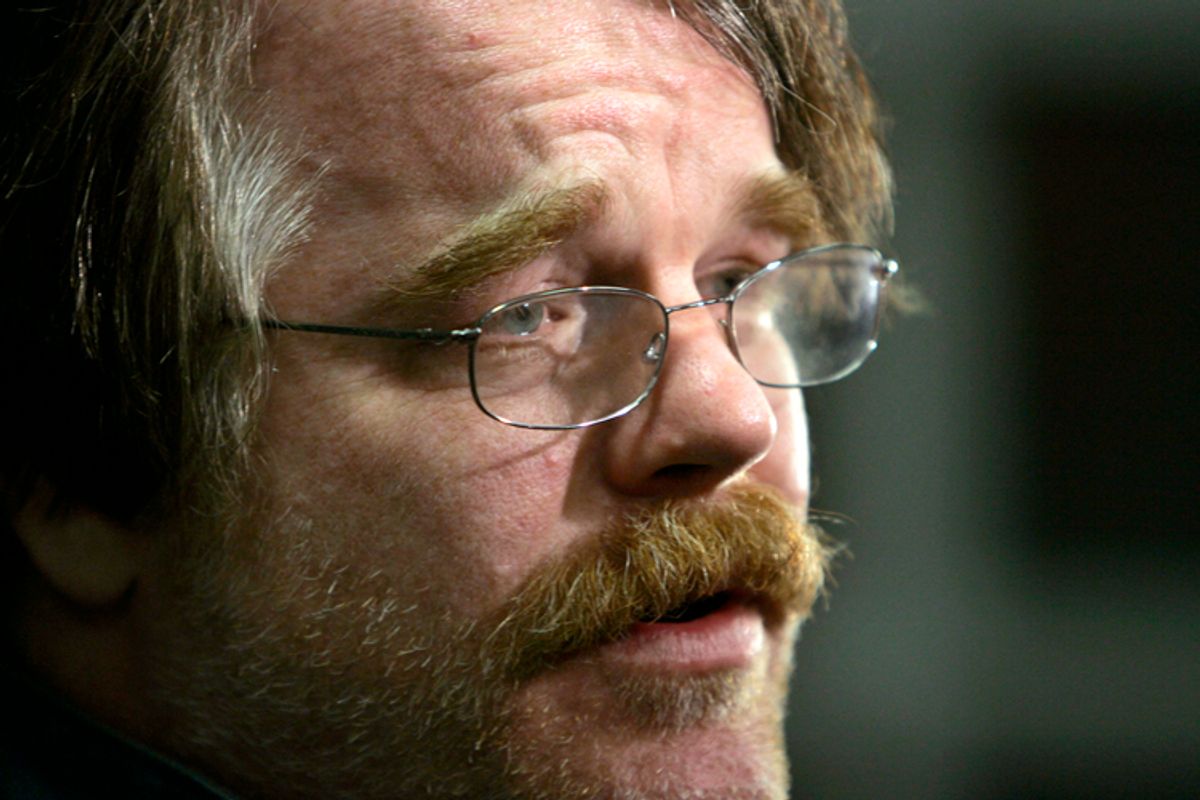 Philip Seymour Hoffman died yesterday. This was the first and only thing we were told. Arguably, we were told too soon. The news came via a tweet from the Wall Street Journal, preceded by that all-too-familiar word, "Breaking." But aside from the text of the tweet itself, there was no additional reporting to verify the announcement. That would come approximately seven minutes later, when the Journal posted its story on Hoffman's death (the Journal tweeted the story 10 minutes after that). In the interim, the news went viral. Online publications were willing to believe the Wall Street Journal before it posted a news brief to corroborate its tweet, but prefaced its own writeups and retweets with disclaimers like, “no confirmation yet, but …” Readers were also reticent as they sent the news further into the world, asking, “Is anyone else reporting this?” Some expressed their hopes that the news was a hoax.

Seven minutes isn’t a long time. But it’s long enough to ask questions about what it means to responsibly, ethically break news. It’s long enough to wonder if it’s worth risking the credibility of a historically reputable print brand just to be first to tweet a celebrity’s death online. By the time the Wall Street Journal posted its first brief, the New York Times had also begun to report facts in the case. The most disturbing of these was the mention that an official had requested anonymity as he gave sensitive details to the press -- including that Hoffman passed of an apparent overdose -- “because he was not certain the actor's family had been informed of the death.” (The Times has since apparently removed that text from their article on Hoffman’s death, but the paragraph was quoted elsewhere.)

In short: Twitter and, within the space of seven minutes, the Internet-accessing world may have known that Philip Seymour Hoffman had been found dead in his apartment before his three young children, with whom he was scheduled to spend the day, and his longtime partner, Mimi O’Donnell.

Though the idea of that chills me to the bone, Philips Media Training founder Brad Phillips asserts that it's not unusual. Though print journalists once voluntarily withheld names of victims until next of kin were notified, in the age of the Internet, where photos of a crime scene can be tweeted by passersby long before the first reporters reach the site, there’s no longer a hard and fast consensus around withholding names.

“Would releasing the news on an official channel — even without family notification — help clear up confusion and offer confirmation instead of allowing unconfirmed speculation to fester?” Philips wonders. “And couldn’t it be argued that that would be more respectful of the families?”

These are challenging questions, ones that should be evaluated on a case-by-case basis. Perhaps there are valid arguments to be made for releasing victims’ names before their families have been notified. But in the case of Philip Seymour Hoffman, the swift release felt unseemly and unnecessary. A celebrity’s overdose isn’t so time-sensitive that we can’t afford to respect the children of the deceased by waiting to confirm that they have been notified before the public has.

For seven minutes, the time it took the Wall Street Journal to write a story to back up its tweet, we could’ve gone without knowing that Philip Seymour Hoffman had died. Since Hoffman’s children and partner were in the same city and expecting him, it’s likely they were contacted around the same time reporters were talking to officials on the scene. It would’ve taken only minutes to confirm this before firing off tweets and updates.

Once the news broke, the Wall Street Journal’s Prevaiz Shallwani immediately began live-tweeting more intimate details as he received them. In response to his tweet that Hoffman was “found with a needle in his arm,” one Twitter user expressed her growing unease: “It’s making me feel really weird that the WSJ is sharing details like this already, doesn’t seem right.”

Within an hour of the New York Times post, the Daily Beast had an “Inside Philip Seymour Hoffman’s apartment” report with even more details on the quantity of drugs -- five empty envelopes and two full -- found onsite. By evening, quickly produced retrospectives of Hoffman’s acting career were airing on cable and competing for ratings alongside the Super Bowl. Any moral quandary the reporting of his death should have caused was supplanted with tribute montages.

“We can’t change what the Internet has become, but we can change what it will be,” a Squarespace Super Bowl ad ominously intoned last night. Its writers couldn’t have known how prescient that message would be, in light of the Internet reporting around Hoffman’s death.

For years, the ethical boundaries of online reporting have been shifting. Perhaps some of the starkest evidence of that emerges when celebrities die. From Michael Jackson to Heath Ledger to Whitney Houston, we can recall conflicting reports, unfounded cause-of-death speculation, and blatant rumors being reported as fact by the likes of TMZ. For some, this style of reporting is good enough: Finding out first then sorting out the accuracy of the details later suits them just fine.

But despite our instant access to breaking news, there are still readers who’d rather wait for written reportage (rather than tweet). They’re waiting for confirmation from an online source that still subscribes to a chronological set of news-breaking guidelines. Reuters has one such set available online and among its first requirements for breaking a news event is that it be sourced. Even the briefest news alert must be sourced to be accurate. “Clarity is critical, precise sourcing essential,” the guidelines say.

In its ethics code, the Society of Professional Journalists has an entire section on “minimizing harm,” guided by the principle that “ethical journalists treat sources, subjects and colleagues as human beings deserving of respect.” The section cautions reporters to show compassion and be sensitive when investigating a tragedy. It urges them to “show good taste” and “avoid pandering to lurid curiosity.” Increasingly, “minimizing harm” is becoming a quaint concern, a nostalgic vestige of a bygone era in journalism. Now, breaking news is breaking us. We’re cycling through tragedies at lightning speed and without affording ourselves the adequate time to reflect and to grieve. The pursuit of journalistic expediency is eroding our empathy, and readers are left the worse for it.

Correction: An earlier version of this story misstated the length of time between the Wall Street Journal's first tweet about Hoffman's death and the publication of its first story about his death. The time between the two events was seven minutes.