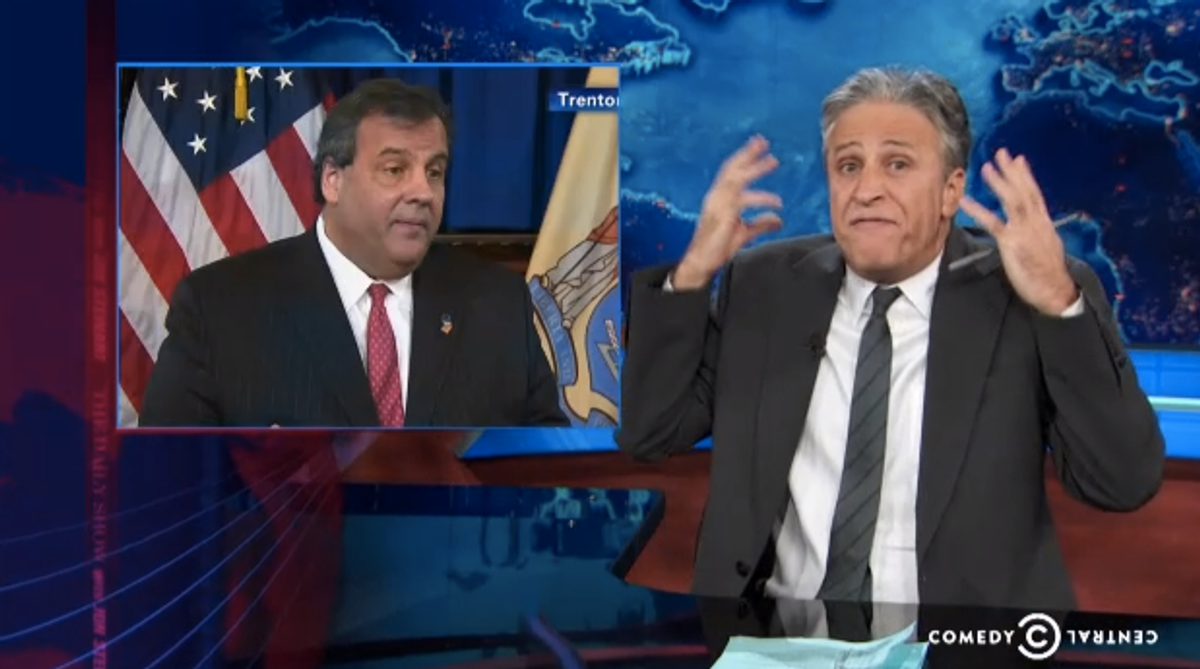 To America's ongoing delight, Jon Stewart lampooned New Jersey Gov. Chris Christie on "The Daily Show" for spectacularly mishandling his response to allegations that he closed lanes on the George Washington Bridge out of spite toward a political opponent.

Though Christie vehemently denies knowing about the lane closures, an ex-Port Authority official and former high school classmate of Christie's claims there is evidence.

Christie has responded by behaving like a "petty, vindictive bully," disassociating himself from Wildstein and assassinating his "high school character."