Speed skater Blake Skjellerup: "These Olympics have a mark against them"

The openly gay athlete talks to Salon about his predictions for Sochi, and his message for LGBT youth in Russia 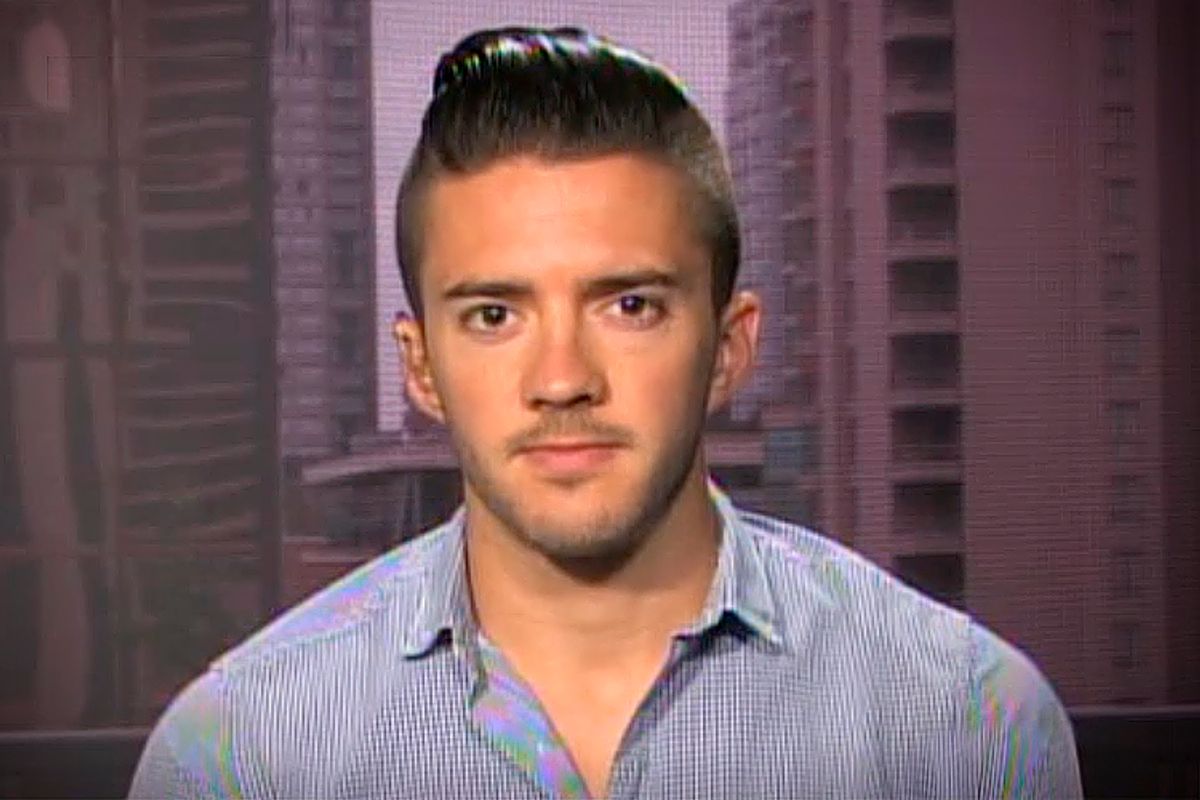 For months, Olympic speed skater (and Gay Times pinup boy) Blake Skjellerup has been speaking up about the need for out gay athletes to go to Russia and represent themselves openly at the games. As one of the very few openly gay athletes in sport, Skjellerup has been pivotal in drawing attention to Russia's gay propaganda ban, and many in the worldwide LGBT community were expecting him to be a source of pride and inspiration at Sochi. Unfortunately, those expectations were dashed when Skjellerup just missed qualifying -- he would have competed for his native New Zealand. His determination to speak up about the situation in Russia, as well as for LGBT rights elsewhere, remains as steadfast as ever.

I sat down with Blake yesterday to talk about these issues.

You waited until after the Vancouver games to come out publicly. You even said that seeing all the openness in Vancouver inspired you to take that step. Why do you think it's important for gay athletes to come out?

I think it's important for gay athletes to come out because the world of sports for LGBT people is still an enigma and can at times appear to be closed off ... but with the more athletes that come out, another brick is taken down, and that way, eventually, the wall will be gone and it won't be an issue. We don't have that massive, famous star who is still competing in sports. Most people wait until they're finished and then retired, so [we need that person] who is still competing, who is still relevant and is out there, doing his thing every day, on the field, telling us what it's like. And that one person, whoever they are,  is gonna shatter that barrier. They're going to open the doorway for others ... like themselves who I'm sure are out there and they're going to be a role model and set an example for anyone who thinks that sport isn't a place for LGBT people.

You were one slot short of automatic qualification for the Olympics, and although you were first alternate, now you know you won't be participating in the games. Obviously on a professional level that must have been very disappointing. But a lot of people in the worldwide LGBT community were also looking to you to be the face of out gay Olympic athletes at Sochi this year. Can you talk a little bit about your feelings on the days of the qualification rounds?

I finished within the top 32 [in both qualifying rounds but] because of the new points system, it knocked me out ... The first day, in Russia ... I was just sitting there and I was like, whoa, that isn't good ... I was physically emotional, but I picked myself up ... and I tried to brush it off. There was a massive amount of pressure but it was all self-imposed ... The main reason I wanted to go was to compete. I love my sport and I love the Olympics but I also wanted to go there to be that visibly gay athlete that was competing in the Olympics in oppressive, homophobic Russia. The next day, I did my best and it just didn't happen.

You were pretty vocal about not supporting a boycott of Sochi. Why do you think it was so important to send a message against a boycott?

The main reason I found it important is because I believe in the Olympic games and I guess the mood or tone I was receiving was that the [Russian] authorities wanted gay athletes to go back in the closet ... and that did not sit well with me. [I felt like I needed to participate in the games because] I was in the closet for far too long and there was no way I was going to deny or hide my sexuality at an event that celebrates diversity ... I spoke out because ... there weren't other athletes speaking up about this. The Olympics games is about sport but it's more than that, it's an event that was established to highlight the highest of morality, not just on the playing field, but outside ... And these Olympic games, they don't have it. It's upsetting to think that these Olympics have a mark against them.

You went to Russia to compete in the World Cup. Did you get a chance to meet with any LGBT activists while there?

I did. I met with the organizers of the Open Games ... I just wanted to get a sense of what it's like for them and their friends and the LGBT community as a whole. The consensus was that people are afraid, afraid to go out, afraid to be themselves, and that's not a very fun way to live your life.  They're scared of violence and threatened on a daily basis ... Having lived in Canada, which is such a progressive and diverse country, it's hard to think that this is how these people live their lives.

How do you think the IOC has handled the issue? Do you think they've done a good enough job in the run-up to Sochi, as far as ensuring that gay athletes will be safe to be themselves at the games?

The IOC is in a pickle ... Russia is the host of the Olympic games, and you can't change that. They're opening their country, I guess, to the world, and that [in some way] has made it very difficult for the IOC to say or do anything. I think they can and they should do things. First of all, some things need to change. They need to look at where, how and why they are awarding the Olympics to certain countries. The Olympic charter Principle Six doesn't specifically state sexuality as something that you can be discriminated against at the games. And the Olympics ... are governed by that charter. I'm referred to as an "otherwise" in that charter, and I'm not an "otherwise." [The Olympic Charter states, "Any form of discrimination with regard to a country or a person on grounds of race, religion, politics, gender or otherwise is incompatible with belonging to the Olympic Movement."] If you can specifically state race or religion, why not sexuality?

So you want them to change the charter?

What do you think the games are going to be like? Do you foresee lots of protests, any public declarations for gay rights, or do you think it will mostly be more subdued and symbolic?

It's interesting to think what is going to happen. I have no idea. This is a very unique situation. I would love to see the athletes take initiative on a grand scale and it's unfortunate that I'm not there because I feel there was an opportunity to bring everybody together in a way to show a sign of solidarity and to make a statement to Russian officials and Vladimir Putin ... and say, hey, we're Olympians, and we believe in the power of freedom ... the Olympics stand for friendship, diversity, peace, education and sport, and ... we are going to show you that we do not like the way you've chosen to govern your country.

You may know a few gay athletes participating in the Sochi games. How do you think athletes should respond if they get asked about their sexuality or about the Russian law by the press while at the games?

Openly and truthfully. It's 2014, look at the reception that every single gay person who has come out has received. Has it been negative? No. And if it has, it's not from the people who matter.

One of the big concerns many in the media (including myself) have about Sochi is what will happen once the media spotlight is no longer on Russia. A lot of us are worried that for two weeks Russia will play nice and make it seem like it's not such a homophobic place and once we all leave then they'll go back to passing even more hateful laws. What do you think should be done to maintain pressure on Putin and the Russian government after the Olympics in order to make sure things don't get even worse for the LGBT community?

That is the big question here ... I guess the one upside is if the Olympics weren't in Russia, less attention would have [been paid to this], the world wouldn't be watching and listening ... and you wouldn't have seen people come together to offer solidarity and let the LGBT people know we're supporting them.

Do you have a message for LGBT youth in Russia? I know you had a rough time with gay slurs growing up in New Zealand.

Most definitely ... My message is we are here and we are not going to forget you. It's not nice to have to say to someone, hey, come here, get out of there. It's their home, it's where they're born, I miss my home, but I left there by choice ... Once they seek asylum, they can't go back.

I really believe in the youth ... Yes, things get better, as the campaign says, but they need to get better now. Today.