The glacier that sank the Titanic is causing more problems

The ice sheet has been crumbling into the ocean at record speed, contributing to sea level rise 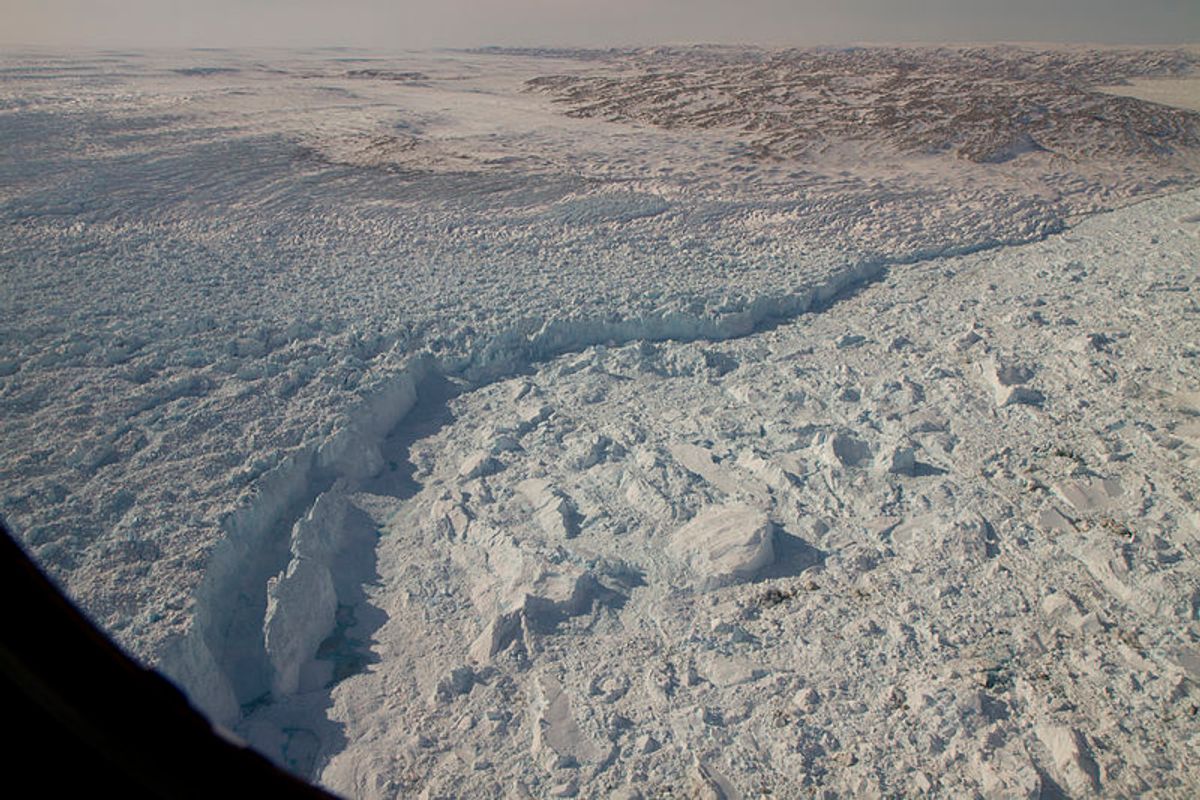 The calving front of the Jakobshaven Glacier in western Greenland, on April 21, 2012. (Jefferson Beck/NASA)
--

If we were to have a contest to identify the worst glacier, Greenland's Jakobshavn glacier would win, hands down. The world's fastest-flowing ice stream, it's widely believed to have spawned the iceberg into which the Titanic crashed back in 1912. And according to new research, it's now been pushing ice into the ocean at a record pace. Phys.org reports on new research published in the journal the Cryosphere:

"We are now seeing summer speeds more than 4 times what they were in the 1990s on a glacier which at that time was believed to be one of the fastest, if not the fastest, glacier in Greenland," says Ian Joughin, a researcher at the Polar Science Center, University of Washington and lead-author of the study.

In the summer of 2012 the glacier reached a record speed of more than 17 kilometres [10.6 miles] per year, or over 46 metres [151 feet] per day. These flow rates are unprecedented: they appear to be the fastest ever recorded for any glacier or ice stream in Greenland or Antarctica, the researchers say.

They note that summer speeds are temporary, with the glacier flowing more slowly over the winter months. But they add that even the annually averaged speedup over the past couple of years is nearly 3 times what it was in the 1990s.

This speedup of Jakobshavn Isbræ means that the glacier is adding more and more ice to the ocean, contributing to sea-level rise. "We know that from 2000 to 2010 this glacier alone increased sea level by about 1 mm. With the additional speed it likely will contribute a bit more than this over the next decade," explains Joughin.