Officials don't believe that drinking water supplies have been affected 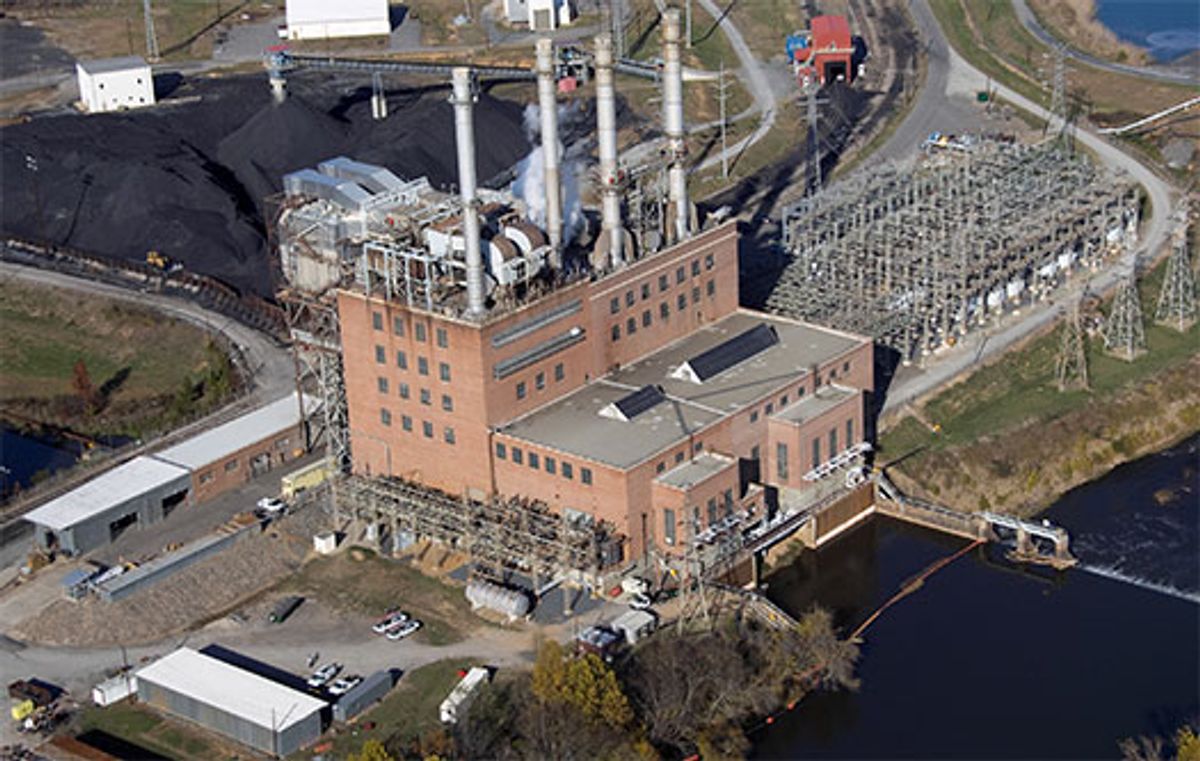 Up to 50,000 to 82,000 tons of coal ash and up to 27 million gallons of water were dumped into North Carolina's Dan River, Duke Energy announced Monday. The leak, which began Sunday afternoon, stemmed from a broken pipe underneath a coal ash pond containing the waste left behind from a now-defunct power plant -- waste that, according to the Associated Press, contains "arsenic, mercury, lead, and over a dozen other heavy metals, many of them toxic."

A security guard spotted an unusually low water level in the ash pond about 2 p.m. Sunday, [Duke spokeswoman Erin] Culbert said, leading to the discovery of the pipe break.

Ash was visible on the banks of the Dan River on Monday, and the water was tinted gray.

“While it is early in the investigation and state officials do not yet know of any possible impacts to water quality, staff members have been notifying downstream communities with drinking water intakes,” the North Carolina environmental agency reported late Monday afternoon.

Danville, Va.’s water intake is about 6 miles downstream of the pond.

Barry Dunkley, the city’s water director, said in a release that “all water leaving our treatment facility has met public health standards. We do not anticipate any problems going forward in treating the water we draw from the Dan River.”

Unlike the crisis still unfolding in West Virginia, officials don't believe that the spill affected the city's water supply. But the incident does bear some disturbing resemblances to last month's chemical leak: Like Freedom Industries, Duke Energy is being criticized by environmental groups for waiting a full day before informing the public of what happened, and for not making relevant information -- such as the results of water quality tests -- immediately available.

Groups have previously filed lawsuits against Duke's 14 dump sites, attempting to get it to relocate its reserves of coal ash away from major water supplies. The EPA has promised to deliver the first federal ash-handling rules by the end of this year.