Anatomy of a media disaster: Why the press is botching the latest Obamacare story 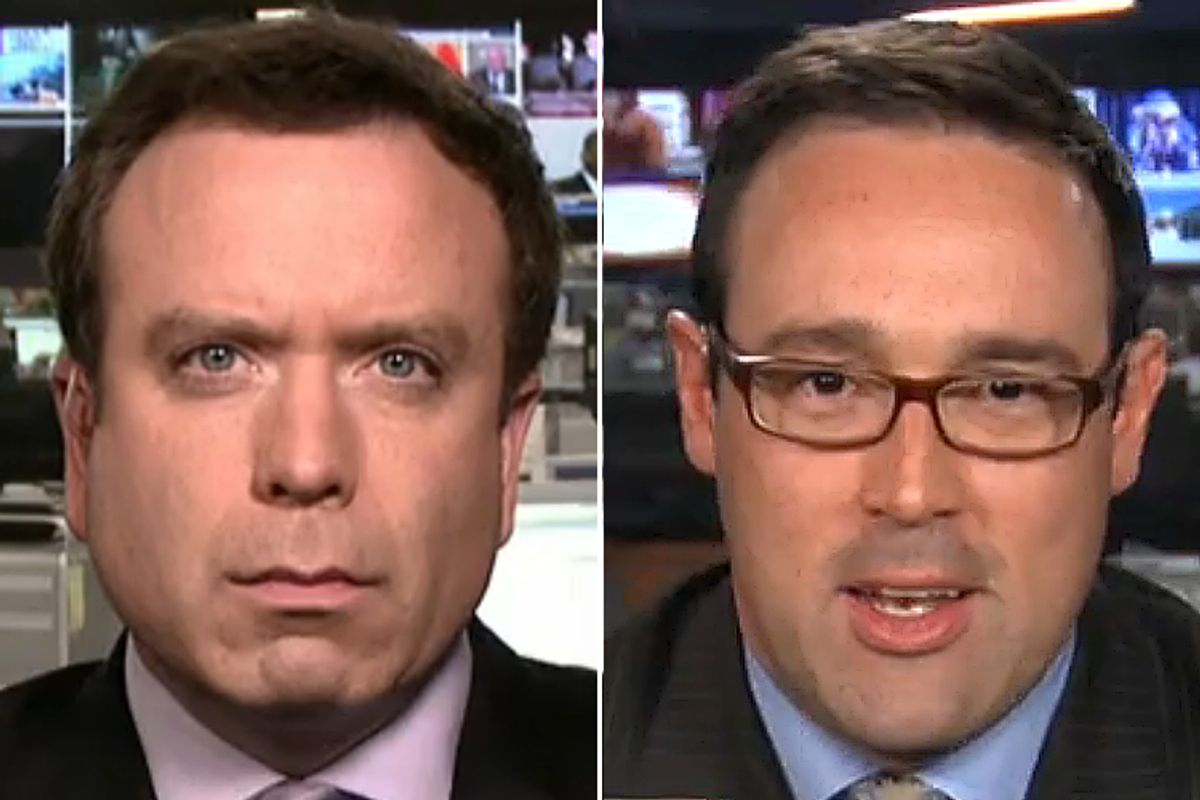 Twenty-four hours later, after a tremendous swell of misinformation, the latest Obamacare firestorm has settled into something resembling a debate with real factual underpinnings.

But two things about Tuesday's eruption bear extra scrutiny, because they reveal weaknesses in the media that contribute to public confusion.

First, the CBO report that fed the false controversy included a lot of information about Obamacare, most of it pretty good. And yet the item that hooked the media was the one most easily spun as "bad news."

Second, that item was actually crystal clear about the impact Obamacare would have on the labor market. Some conservatives are still reveling in the idea that for once it's liberals who are upset with CBO findings and calling the agency's objectivity into question. But that's not what's really happening. Liberals are urgently trying to correct a thousand claims -- both from GOP press offices and from reputable media outlets -- based on glaring misreadings of a CBO report that, statistical uncertainty aside, isn't terribly controversial.

Together, these weaknesses led to the biggest Obamacare derp storm of the year. And the only explanation for it is a combination of incentives and lapses that stain the media's broader coverage of Obamacare and a number of other stories.

For better or worse, the press is obviously more drawn to controversy and failure than to conciliation and success. Among other things, Tuesday's CBO report concluded that the Affordable Care Act will quickly make up ground it lost during the two-month Healthcare.gov outage. Premiums are lower than expected. The phantom "Obamacare insurance bailout" that Republicans are trying to repeal will likely result in a multibillion-dollar windfall for the government. That windfall reflects a projection of greater-than-expected insurance industry profits, which means premiums will fall, or at least rise less than expected. Obamacare will stimulate job growth in the near term and so on.

The thing that grabbed everyone's attention, though, was the conclusion that the law will induce millions of people to either leave the labor force or cut back on their hours. But here's the thing: The implications of that finding are at worst contestable. Most people would agree that it's not a great thing if people who want to work more decide not to because their insurance subsidies would drop too much to make the cash income worth it. But most people also probably think it's a great thing if people in their early 60s can retire early, or people in their 40s can start a business, or people in their 30s can raise their kids at home because they're no longer locked into their jobs for the health insurance.

And yet, all of yesterday's inaccuracies reflected the same basic, but major error -- that Obamacare will lead to job losses. Layoffs rather than voluntary exodus. And to the extent that people got the phenomenon right, the dominant interpretation was that it would be a bad thing. That Going Galt is perhaps the only circumstance under which it's acceptable to stop working.

The skew was a function of both reporter innumeracy, and the media's tendency to let partisans interpret facts for them. This isn't terribly complicated stuff. Plenty of people got it right without the help of Republican leadership or the White House. The errors were a consequence of an all-hands-on-deck GOP effort to spin and mislead and reporters falling for it.

Once the correctives emerged, some of the misinformation disappeared. But rather than adjudicate the different factions' claims, a lot of reporters and outlets retreated from the threat of bias accusations to safe but vacuous analysis of political messaging challenges. And that basically explains the total mess on our hands at close of business on Tuesday.