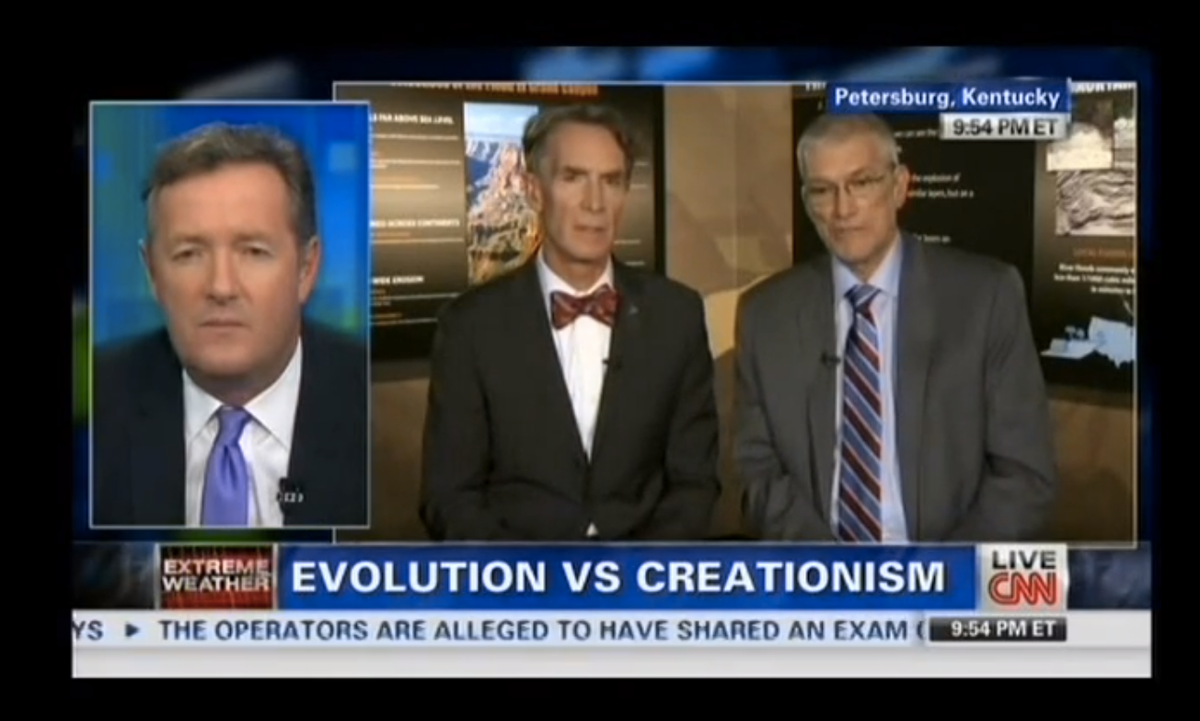 Following up on his impressive rebuke of evolution/science during last night's debate with Bill Nye, young-Earth creationist Ken Ham appeared on CNN to explain how global warming is also a lie, and that climate change, as we're observing it, can all be explained by original sin.

The extreme weather patterns we're seeing, Ham told Piers Morgan, are occurring because all of creation is currently winding down, thanks to man's fall. "There's been climate change ever since the flood of Noah's day," he asserted. And anyway, he said, the climate's currently in a state of cooling.

Bill Nye looked on, horrified, throughout all of this (or, as Morgan described it, with "a look of vague bafflement" on his face). Morgan then attempted to explain to Ham that, by not believing in global warming, he was in the massive, if vocal, minority.

This left Morgan also looking vaguely baffled. Ham explained that it's not what's happening, it's why it's happening, and "a lot more research needs to be done in this area."

He then went on to explain why it's perfectly logical to think that dinosaurs and man coexisted on Earth.

Prepare to be baffled: