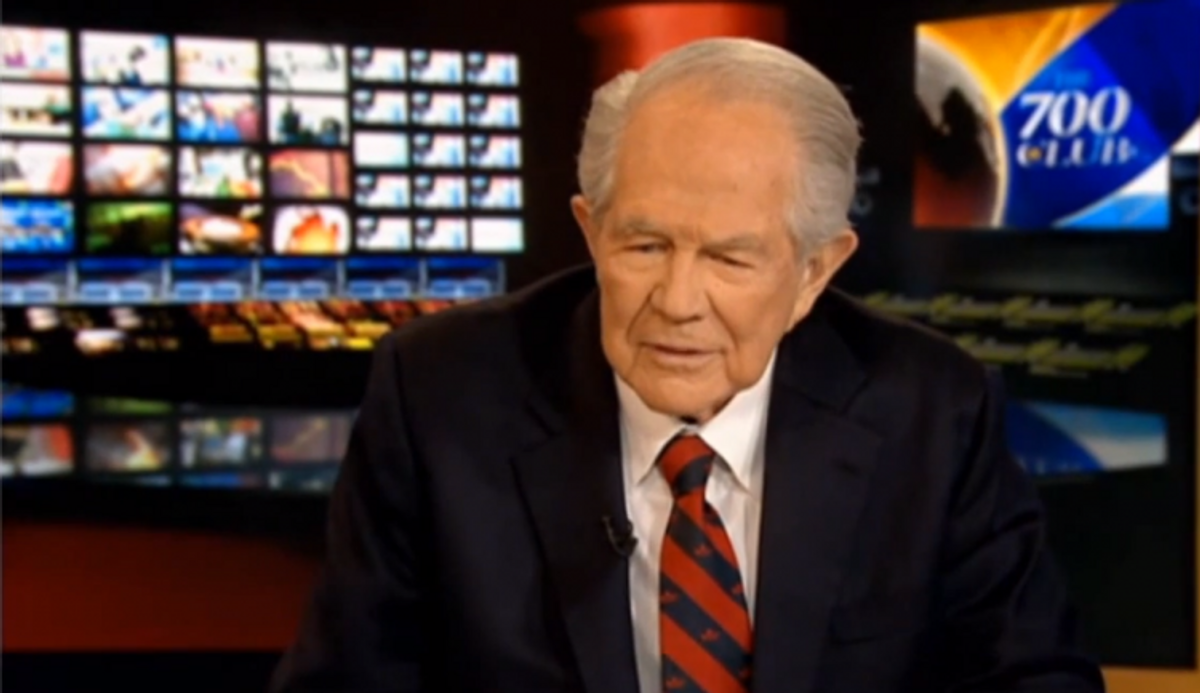 Creationist Ken Ham is having his 15 minutes, following a live debate on evolution held between himself and Bill Nye "The Science Guy" on Tuesday.

And while you'd expect most folks to deem Nye the winner (which they have), Ham is receiving criticism from a source you might not expect: televangelist Pat Robertson.

On the Wednesday edition of his TV show, "The 700 Club," Robertson indirectly implored Ham to put a sock in it, criticizing Ham's view that the Earth is only 6,000 years old.

"Let’s face it, there was a bishop [James Ussher] ... who added up the dates listed in Genesis and he came up with the world had been around for 6,000 years,” Robertson began. "There ain’t no way that’s possible ... To say that it all came about in 6,000 years is just nonsense and I think it’s time we come off of that stuff and say this isn’t possible."

“We’ve got to be realistic that the dating of Bishop Ussher just doesn’t comport with anything that's found in science," Robertson continued, "and you can’t just totally deny the geological formations that are out there.”

"Let’s be real," Robertson begged, "let’s not make a joke of ourselves.”

Surprising as Robertson's comments may be, it turns out he's tussled with Ham on this issue before. Back in 2012, according to Right Wing Watch, Ham criticized Robertson for doubting the young-earth theory, saying the televangelist was letting his followers be "led astray" and that Robertson was spreading "destructive teaching within the church."

Watch Robertson ask his fellow believers to "not make a joke" of themselves below, via Right Wing Watch: