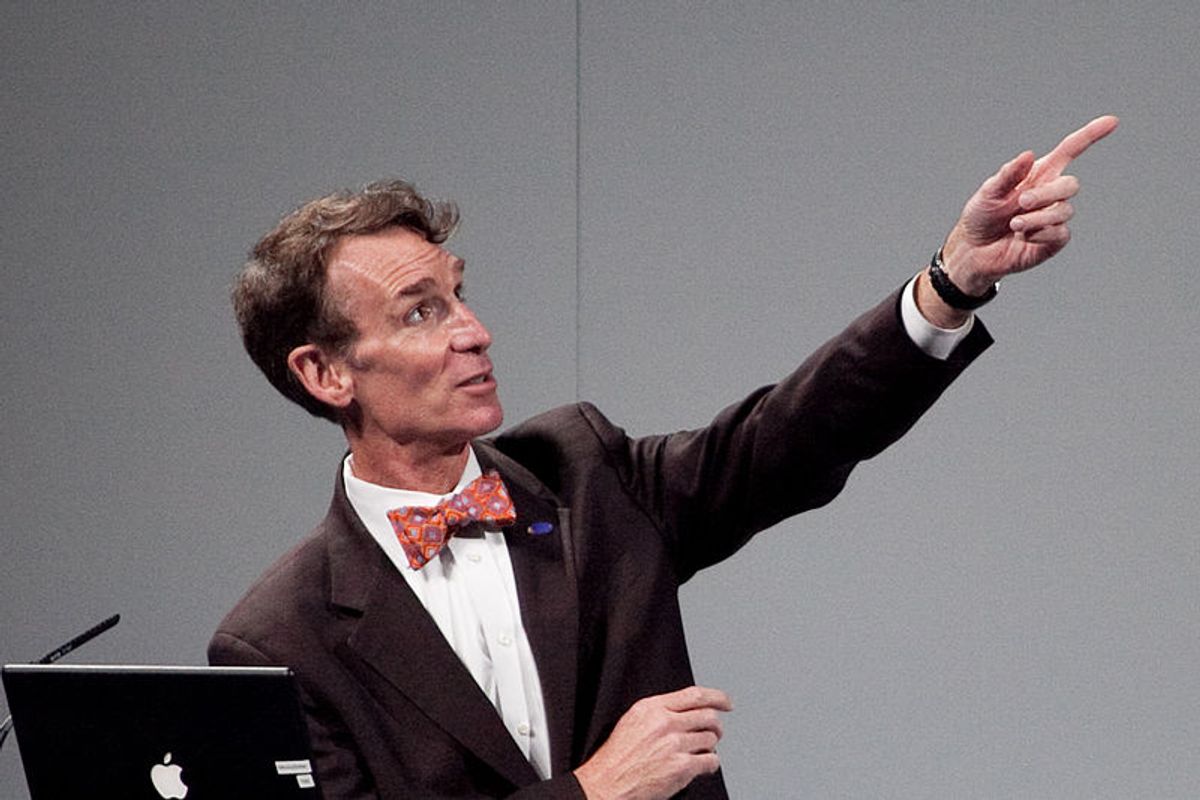 There were a lot of false equivalences drawn around the Bill Nye-Ken Ham debate. Above all, that the debate between the TV scientist and the young-earth creationist represented a debate between evolutionism and creationism. The suggestion that a science vs. religion debate was at play in any serious way is plain ludicrous.

Ninety-two percent of the more than 37,000 voters taking a poll on the evangelical website Christian Today said Nye won. Certainly, as has been noted, the self-selecting poll could have been invaded by evolutionists. But if this was not the case, the poll results suggest a few possible interpretations: 1) Self-identifying Christians don't agree with Ham, 2) Christians believe Nye performed better, even if they disagreed with his points, 3) a mixture of the above.

The latest Gallup poll on the evolution/creation question in the U.S. found that a whopping 46 percent of Americans believe in some sort of young-earth creation story (that God created humans in their current form within the last 10,000 years). The consensus over Nye's win on the Christian Today likely had little to do with the Science Guy converting creationists to Darwinists. A number of responses to the debate from Christians supportive of Ham's position suggest why: Nye may well have been a better debater -- the winner, even -- but it doesn't matter.

Blogger Don MacCallister commented, "I love my pastor’s conclusion to this: After watching the Nye/Ham debate last night I walked away with this one truth: I am not a 'reasonable man' I am a sinner saved by God’s grace. I will build my life on that foundation.
Boom. There you have it."

Ezra Byer, another evangelical blogger, exemplified this position in a post titled "Why I believe Ken Ham won by losing the debate." He wrote, "On debate skills alone, I would give the edge to Bill Nye," adding:

But here is why I believe Ken Ham won by losing. His objective was not to debate! In all reality this debate probably did not change many hard core atheists to becoming instant Christians and vice versa. But I believe Ken Ham accomplished three things:

1. He raised huge awareness about Biblical Creationism on a mammoth scale. Over 500,000 computers logged in? Not bad! He planted seeds of hope that the Bible is true and seeds of doubt that evolution is our only model.

2. He connected with Christians who did not think the age of the earth was a big deal. Very important! I believe he articulated very well the inconsistencies of believing in an old earth model while still trusting Jesus as Savior.

3. But most importantly, he preached the gospel over four times to hundreds of thousands of people!

If Byer's logic is anything to go by, 92 percent of Christian Today responders deeming Nye the winner says little about whether the debate swayed faiths on either side (which it doubtless did not).

And herein lies the crux: The Nye-Ham debate was a debate only in form. It was certainly no argument that could sway viewers in their worldviews, because the two "sides" carry different metrics and burdens of proof. The logic that Nye can win the debate, but that Ham nonetheless won out, may be incommensurate with the cool rationalism of the evolutionist camp. But with this debate we were always dealing with incommensurate logics, bashing at loggerheads for our viewing pleasure.