"A Field in England": A 17th-century 'shroom trip 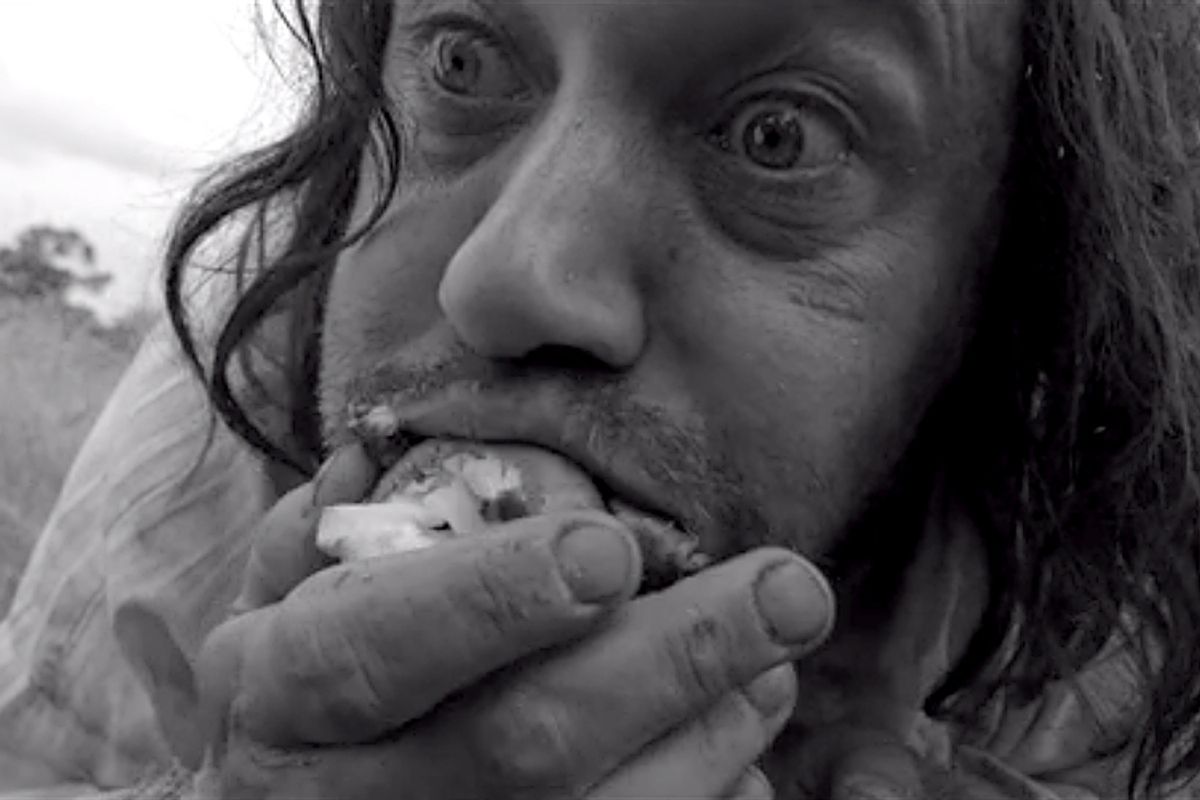 If you had shown me Ben Wheatley’s crazy, brain-eating tour de force “A Field in England” and told me it was a rediscovered British underground cult film from 1973, made by some drugged-out young genius under the sway of Ken Russell and/or Peter Watkins who drank himself to death or disappeared into a cult shortly afterward, I’d have believed it without question. I’m being serious; when Martin Scorsese saw this movie he raved about it, no doubt because it reminded him of something he saw while massively stoned four decades ago. Once you understand that this is a low-budget 21st-century indie certain things become obvious: Wheatley and cinematographer Laurie Rose shot this movie on digital video (although it’s in striking, wide-screen black-and-white), and the stroboscopic, acid-freakout, diabolical-intervention sequences — yeah, there's more than one — similarly rely on newfangled editing software. But those things are technical and superficial, and on a more fundamental level this hilarious, disgusting, brilliant and circular psychotronic odyssey is a blast from the submerged past.

Maybe you’ve seen quite enough ultraviolent religious allegories set during the English Civil War of the mid-17th century, featuring large doses of hallucinogenic mushrooms, an extended search for a buried treasure that may not exist and a truly disgusting close-up of one character’s pox-ridden manhood. Also, more than likely, that sounds like the kind of movie you’d avoid like the spotted plague (a curiously appropriate metaphor, for once). Even Wheatley’s admirers — and there aren’t too many of those in the United States just yet — may find “A Field in England” to be a pretty difficult journey. In some respects, it’s a radical departure from the black-comic genre films on which he’s made his reputation, including the serial-killer road trip “Sightseers,” the hit-man horror flick “Kill List” and the lower-suburban crime drama “Down Terrace.” But in other ways, this feels like where he’s been heading, or at least one possible destination, for a long while.

At least the title of the movie is clear enough: It’s set in a field in England, right? OK, except that one of the characters thinks they’re in Monmouthshire, which would actually be just across the border into Wales. Anyway! We’re sometime in the late 1640s, partway through the bloody conflict that would end with the overthrow and execution of King Charles I and the puritanical dictatorship of Oliver Cromwell. (Take a look at my last name before you start talking about how misunderstood that guy is, and how he’s actually a progressive hero.) But there’s no discussion of politics and very little coherent theology going on in “A Field in England,” although one character is constantly muttering prayers to God and another claims to find solace in the fact that everything horrible that happens to him is just punishment for his sins.

Four guys have been ejected from a battle between the Cavaliers and Roundheads — we can’t tell what side they fought on, and it doesn’t matter — and have agreed to suspend hostilities and make their way across an adjoining field toward a nearby alehouse. Major spoiler: They do not get there. Along the way they banter, complain of ailments, fantasize about women, defecate painfully and eat stews consisting of mysterious ingredients (possibly stoat meat). The dialogue by Amy Jump, who is Wheatley’s wife, veers from delicious flights of Shakespearean eloquence to foul humor. Whitehead (Reece Shearsmith), who is more or less the hero, is a gentleman’s man, with soft hands, book learning and a highbrow vocabulary. That puts him at a disadvantage when it comes to wily Cockney Cutler (Ryan Pope), who suffers from advanced symptoms of venereal disease — I have warned you twice now — and has some sort of sinister hidden agenda. Jacob (Peter Ferdinando) and Friend (Richard Glover) are straightforward, superstitious soldiering men who function as comic relief and a Greek chorus that reflects Whitehead’s worsening predicament.

But even that is arguably way too much synopsis and explanation, since Wheatley and Jump's methodology here is to pitch us headlong into a bewildering new universe whose rules we don't understand, without context or back story, and allow us to experience it as the four wanderers do. When they encounter a mysterious rope tied to a mysterious stake, one that ultimately appears to pull a sadistic and perhaps demonic Irish alchemist named O’Neill (a terrifying performance by Michael Smiley) out of invisibility and into our own sphere of reality, no narrative explanation is offered. Is this “really happening”? Is it a hallucination caused by magic mushrooms in the stoat stew? Is it a clue to the nature of the men’s existential dilemma? I don’t know. “A Field in England” proceeds like that, not by moving from one plot point to the next, but by a dream-logic of allusion and misdirection, through shocking juxtapositions and sudden changes in tone. There’s a scene of torture or rape or demonic possession (or something), but we don’t see any of it. There’s a genuine-sounding English folk song, delivered right to the camera. There are occasional tableau-vivant still images, which we eventually realize aren’t still images at all. And there’s no accounting for any of it; my advice is to go all the way toward experiencing this movie or simply don’t show up at all.

I feel like there’s a lot more to say about “A Field in England,” good and bad, which reflects the degree to which I really didn’t understand it. It sometimes feels lazy to start chalking up lists of “influences” when you encounter a strange or unfamiliar-seeming film, as if you could contain the powerful ambiguity of something as idiosyncratic as “A Field in England” within a defined taxonomy. Still, it also sometimes helps, and Wheatley is nothing if not an avid student of film. An Internet parlor game has already sprung up around trying to identify the various currents that feed into this stream. I’ve heard “Monty Python meets David Lynch,” which isn’t bad, but makes the movie sound a lot friendlier than it is. Much of Wheatley’s cinematic aesthetic is about smashing incompatible forces together, and at different times in “A Field in England” I felt that I was in different universes. Sometimes it’s a splatter movie with a historical setting, in the vein of the Vincent Price classic “Witchfinder General”; sometimes it’s a mystical, meditative experience not unlike Andrei Tarkovsky’s “Stalker”; sometimes it’s “Waiting for Godot” and sometimes it’s a Sergio Leone western about a man of intellect forced to embrace violence. Sometimes it’s even Ingmar Bergman’s much-mocked existentialist classic “The Seventh Seal”: A road trip to nowhere whose destination is death, an inconclusive encounter with God, an empty field opening onto the infinite.