The oil spread over 68 miles of track [UPDATED] 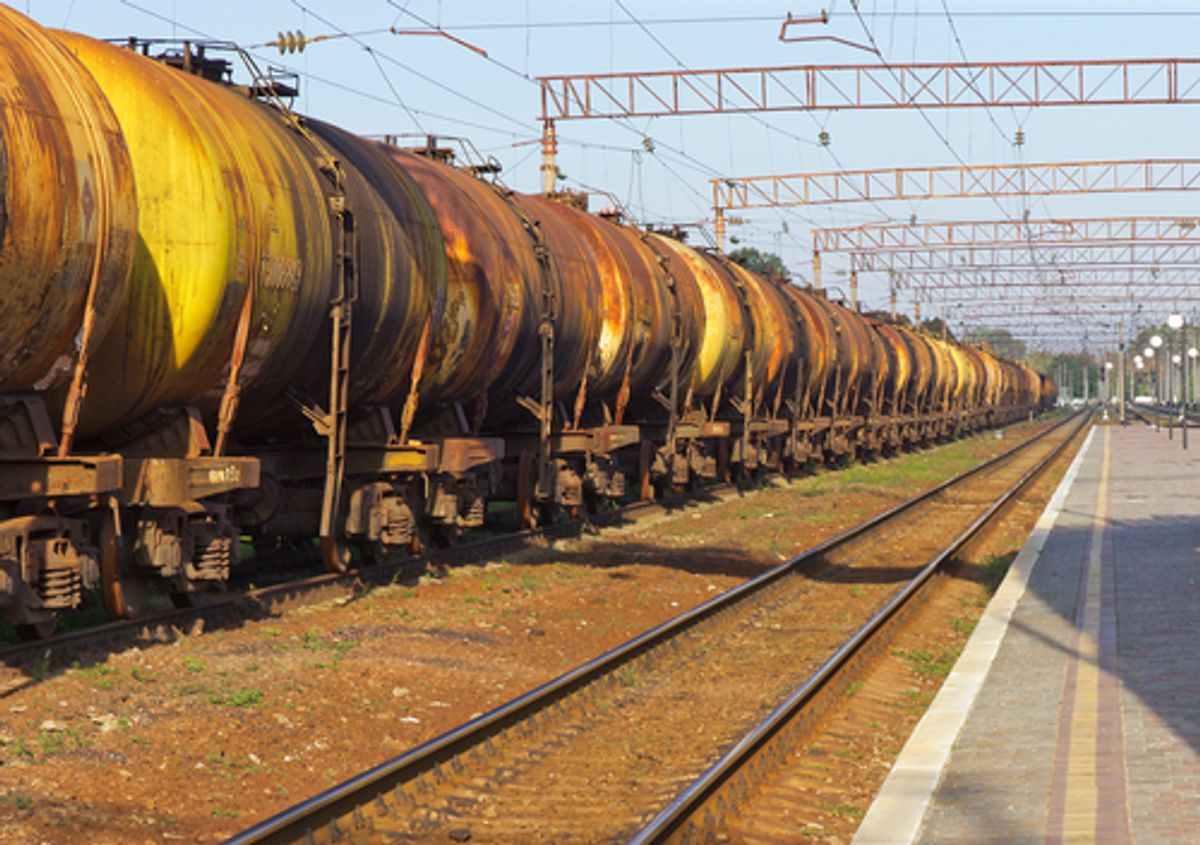 UPDATE 2/6/2014 2:45 PM ET: According to MPCA spokeswoman Cathy Rofshus, "The MPCA directed the railroad to begin cleanup actions Feb. 6, starting in Winona, where there is more oil in the snow between the tracks because the train had slowed. This cleanup is still underway today. Other areas of spillage are far less oiled and cleanup is not feasible -- AT THIS TIME -- for considerable lengths of the track. However, these areas will continue to be monitored and reassessed through the thaw and additional cleanup done if necessary." The headline of this piece has been adjusted accordingly.

An oil train sprung a leak while traveling through southeastern Minnesota Monday, dribbling 12,000 gallons of crude oil over a 68-mile stretch of track. The spill was relatively small, but because of the way it spread, officials at the Minnesota Pollution Control Agency said they won't be able to clean it up.

"It's like it spray-painted oil," MPCA spokeswoman Cathy Rofshus explained. She added that the amount leaked was about half the oil contained in a single tanker car. It was nothing, in other words, like the 1.5 million gallon spill that occurred when a train derailed in Lac-Mégantic, Quebec, this past July, killing 47 people.

And it was but a small contribution to the increasing amount of oil being spilled from trains in general: including over 1.15 million gallons in 2013, more than the combined amount spilled over the past four decades of federal record-keeping. Such "mishaps," according to Bloomberg News, are more likely to occur on trains, while the amount spilled by pipelines, when leaks do occur, tends to be much greater.