Pope Francis confronts a life-size chocolate version of himself

Good news for everyone who already loved the pope, but wished he were more edible 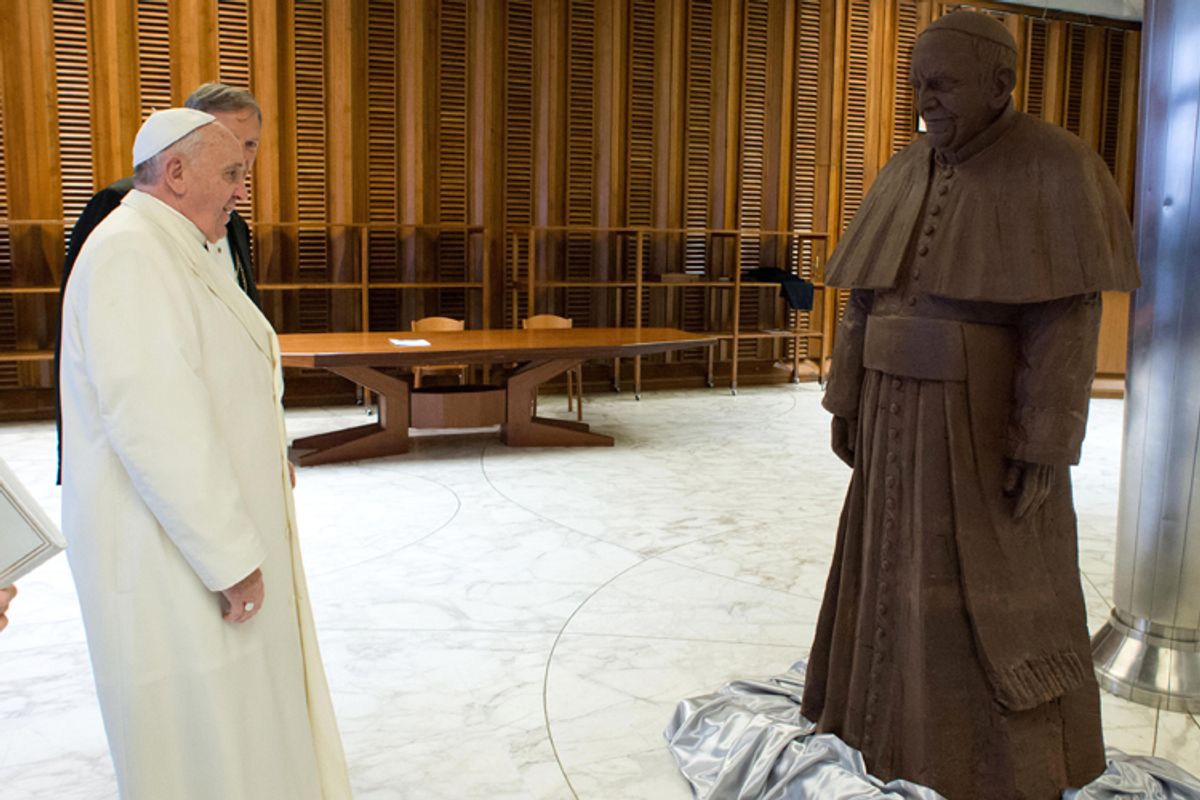 Pope Francis is extremely popular. Chocolate, too, is widely celebrated.

So can anyone think of a good reason not to create a giant chocolate statue of the beloved new pope?

According to a report from the Associated Press, which in turn credited the Vatican newspaper L'Osservatore Romano, someone out there in this big, strange and beautiful world has answered this fundamentally existential question with a resounding NOPE!

Thus is this priceless photo of Pope Francis meeting chocolate Pope Francis birthed into the world. Behold the wonders you can create with nothing more than faith, willpower, imagination and 1.5 tons of cocoa.