Republicans claim they're fighting trafficking, but they're really exposing women to arrest and discrimination 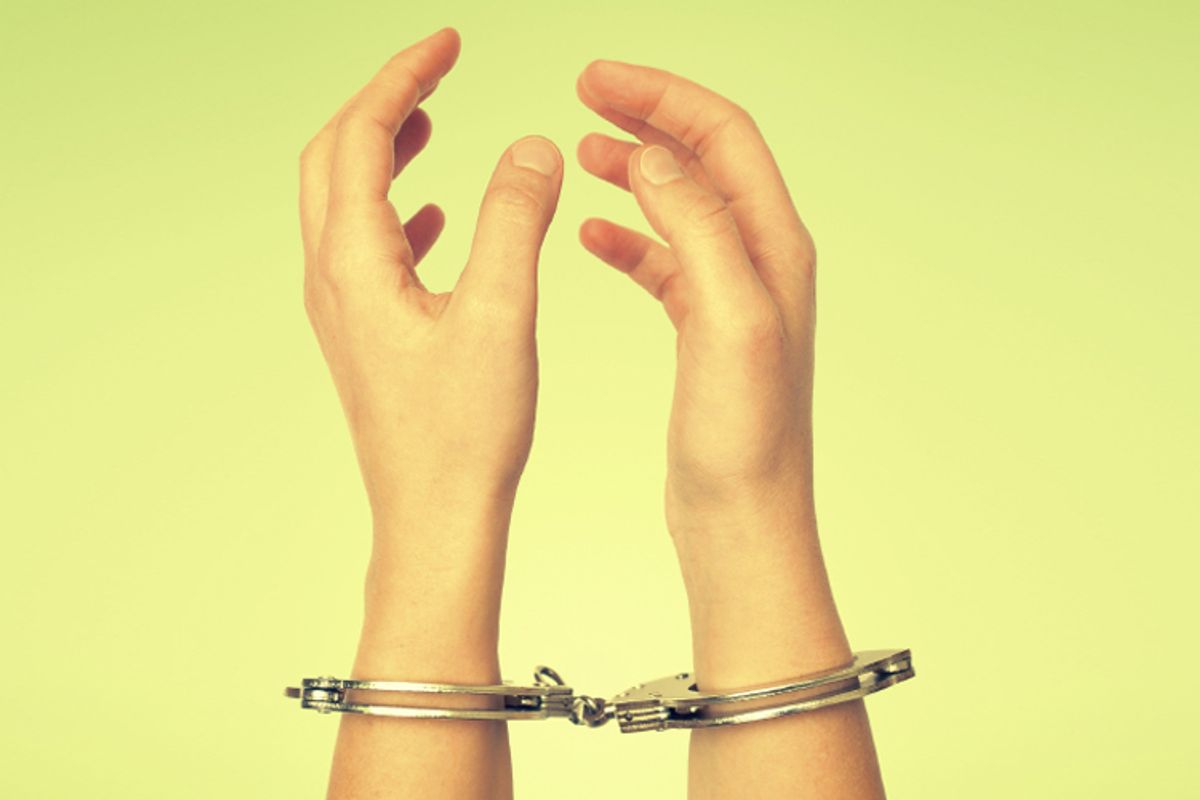 I don't know the names of those arrested on prostitution charges by the New York Police Department this past week. Some of those women appeared in a Manhattan court last Wednesday morning. "It looks like we got more than twenty today," a criminal defender told a reporter. "That's more than I see in a month."

This weekend's Super Bowl lent the excuse for New York and New Jersey law enforcement to step up their routine anti-prostitution policing, in anticipation of an increased demand for commercial sex that, in Super Bowls past, has never been borne out. NYPD's vice unit coordinator Anthony Favale doesn't even seem to mind that the hype is just that, telling Time, "I don’t know if the increased number [of prostitutes] is a legend or not, but I am exploiting the opportunity."

But put aside the headlines and the panic. When I think of those women – and if typical arrest patterns bear out, women of color and transgender women will be disproportionately represented among them – I want to know, what happens next? Who will listen to them when the story has moved on?

One of the people who will is Kate Mogulescu, a Legal Aid Society attorney who sees these kinds of cases routinely. Her editorial in Saturday's New York Times goes beyond the panic around sex work, sex trafficking and the Super Bowl. She asks us to question what good is served by relying on arrests to "prevent trafficking," something to reconsider at any time of year. Police might be careful now to say they treat the women they arrest as "victims," but these women are still stopped and searched, handcuffed and detained. They are fed into a legal system that could separate them from their families, homes and livelihood. "Remove the guise of 'preventing' human trafficking," Mogulsecu writes, "and we are left with a cautionary tale of how efforts to clean up the town for a media event rely on criminalizing people, with long-lasting implications for those who are then trapped in the criminal justice system."

Those long-lasting implications are something sex workers who have been caught up in stings and who fear arrest understand all too well. Long before the media turned the Super Bowl into a cautionary story of violence and exploitation in the sex trade, people engaged in the sex trade have been documenting violence for themselves. This includes all the ways anti-prostitution policing pits them against law enforcement and puts them at risk when they need help.

From Chicago to Washington, Queens to New Orleans, sex workers report systemic verbal harassment, physical abuse and sexual assault from police, as well as police neglect when they do need help. This is why sex workers and their allies have been organizing against violence, including discriminatory and abusive policing, as many other communities have before them. Here in New York, a coalition of community-based organizations are campaigning to bar police from using condoms found after stopping and searching sex workers (and those whom police profile as sex workers) as "evidence" of prostitution.  They're supported by many of the same organizations who fought for an end to stop-and-frisk in New York. The key difference with condoms-as-evidence: In this case, activists say police are overwhelmingly targeting women of color and transgender women.

Still, this issue of discriminatory and abusive policing against sex workers isn't often thought of as a civil rights issue, or as a women's rights issue. Some feminists call for more police crackdowns on the sex trade, despite the consequences for sex workers. Last week, the New York City chapter of the National Organization for Women praised the NYPD's efforts to "focus on sex trafficking victims" during the Super Bowl – this, as dozens of women were waiting in the courts on prostitution charges stemming from the "trafficking" crackdown. When people see the police as a solution, to sex workers it looks like they're turning a blind eye to discrimination and abuse.

On her show this weekend on MSNBC, Melissa Harris-Perry asked what motivated the Super Bowl hype, and more broadly, these calls for law enforcement to combat trafficking. Panelists Joy Reid and Dave Zirin echoed what sex workers rights advocates have long been saying: It's about putting people into the prison system, and it's about profits for those who benefit from that system. Under the mandate of "fighting trafficking," we have fueled a new law enforcement mini-industry in anti-trafficking conferences and consultants, task forces and trainings. When did Cindy McCain announce her commitment to combat trafficking? During an anti-terrorism conference. All these new measures and the stings that result don't necessarily mean there's an increase in trafficking; they mean fighting trafficking, like "fighting terrorism," has incentivized law enforcement to produce more arrests.

So where is that increased demand for arrests coming from? In part, from Congress, who hold the power to fund them. Rep. Chris Smith, R- N.J., co-chair of the Congressional Caucus on Human Trafficking, used the Super Bowl to repeat long debunked claims that it would be a "sex trafficking magnet." Smith may be best known for his attempt to codify something called "forcible rape" into an antiabortion law. He's also responsible for requiring recipients of foreign aid to explicitly state that they oppose prostitution in order to qualify for funding. The anti-prostitution pledge, partially ruled unconstitutional by the Supreme Court in 2013, effectively shuttered a range of health projects for sex workers across the globe.

Smith claimed the pledge was needed to make sure "traffickers" didn't apply for AIDS funding. But none of this is trafficking prevention, let alone supporting people who have been trafficked. It's the same as his anti-choice politics -- just another way of taking power and options away from people, particularly women.

Between the media hype, the discriminatory policing, and the same old congressional attacks on health and rights, it's hard to get a clear picture of how the fight against trafficking plays out in the real world. While sex workers are the ones most likely to be targeted, as they were during the Super Bowl, their demands for rights and recourse are reduced to a talking point, as if their opposition is just one side of a "debate," and as if their arrests are permissible in the course of some more important fight. But it's time to ask, who is really served by this fight? It's not the 298 people with new prostitution charges on their records, thanks to the Super Bowl stings and the NYPD. It's not the sex workers afraid to call the police lest they be put in jail themselves. It's the legal system we've set up, and it's that system – not sex work itself – that exposes sex workers to exploitation and violence. That's something we can fight, alongside sex workers, and without doing harm in the process.

Melissa Gira Grant a writer and freelance journalist covering sex, tech, and politics, in the streets and everywhere else. Her latest book, Playing the Whore: The Work of Sex Work (Verso, 2014) challenges the myths about selling sex and those who perpetuate them.