A well-timed gesture of support makes an elegant statement 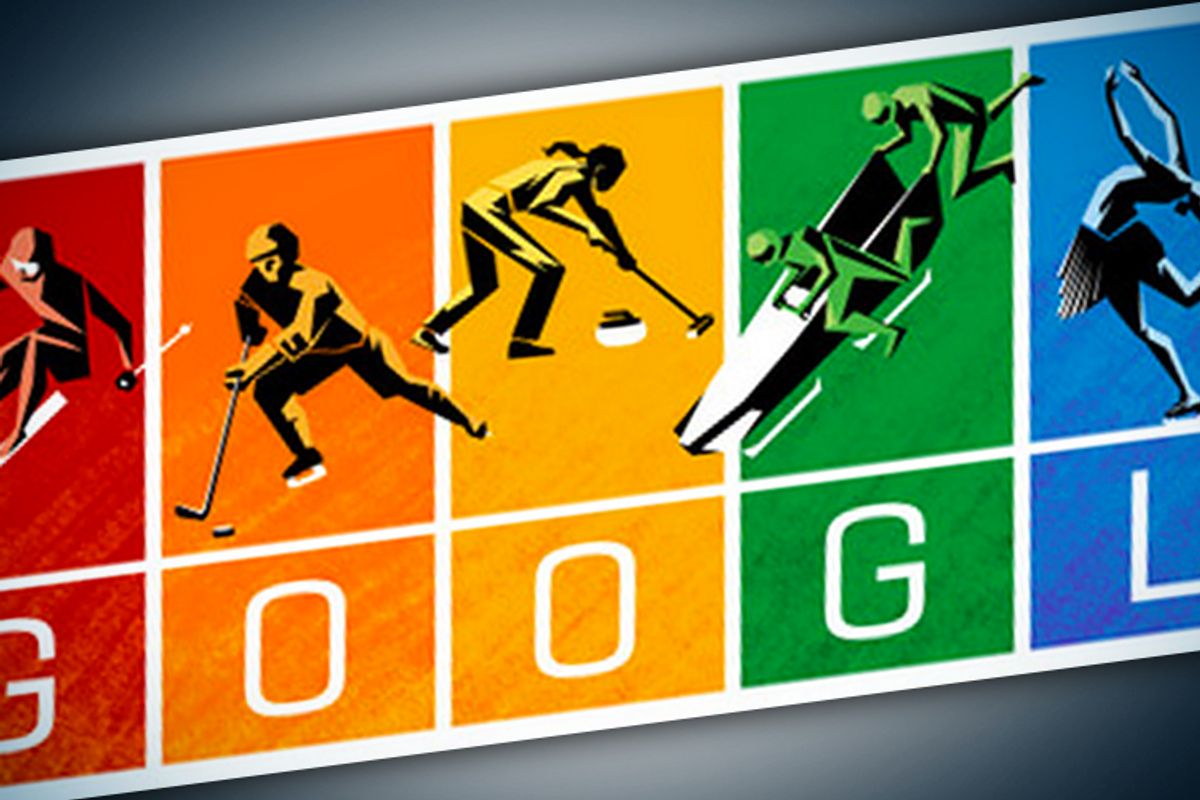 It's just a doodle. But it's so much more. On Thursday, as the Winter Olympics in Sochi got an early start, the folks at Google decided to deploy the search engine's famed logo to celebrate both the global sporting event and LGBT rights.

The latest Olympics have been mired in controversy for months. In 2013, Russia unanimously passed a new law against "propaganda of non-traditional sexual relations" among minors, effectively criminalizing materials that suggest gays are equal to heterosexuals, or sharing materials on LGBT rights. And in case there was any doubt over how that might affect the Olympics, this week Russian Deputy Prime Minister Dmitry Kozak warned spectators and athletes against promoting gay rights during the games.

In light of the crackdown, fans of the games have struggled to figure out how to support the athletes and the competition while sending a clear message of frustration and disapproval to the host nation. In December, President Obama chose openly gay athletes Billie Jean King, Caitlin Cahow and Brian Boitano to be among the U.S. delegation to the games. (King later had to withdraw for family reasons.) In a recent interview with NBC, Obama said, "There is no doubt we wanted to make it very clear that we do not abide by discrimination in anything, including discrimination on the basis of sexual orientation."

Others have joined in as well. U.S. Olympic Committee sponsor AT&T issued a statement earlier this week stating, "We stand against Russia’s anti-LGBT law…. We support LGBT equality globally and we condemn violence, discrimination and harassment targeted against LGBT individuals everywhere. Russia’s law is harmful to LGBT individuals and families, and it’s harmful to a diverse society." The CEO of USOC sponsor Chobani yogurt told CNBC this week, "We oppose Russia's anti-LGBT law." And another USOC sponsor, DeVry University, stated on Twitter, "We are against Russia’s anti-LGBT law & support efforts to improve LGBT equality."

And now Google, which has already dished out some pretty brilliant doodles in its time (holler if you lost a few hours of your life going down that Pac Man hole), has found an elegant way to express a love of the games combined with solidarity with the LGBT community. Six different events are represented with sleek illustrations against a spectrum of colors – all lined up to make a pride rainbow. And underneath, there's a key quote from the Olympic Charter, noting, "The practice of sport is a human right. Every individual must have the possibility of practicing sport, without discrimination of any kind and in the Olympic spirit, which requires mutual understanding with a spirit of friendship, solidarity and fair play."

A gesture, an image – these things mean something. When Oreo goes rainbow for Pride or a single person changes her Facebook profile in support of marriage equality, these acts great and small tell the world where we stand.

Google has now told anybody using a search engine today to take a moment to consider what these games are about. Human rights. Dignity. Solidarity. These are ideals Russia is currently standing directly in opposition to, in a despicable, backward-reaching attempt to punish people for wanting to be treated fairly, and for standing in support of each other. Remember that today, as you're looking up an address or the name of Lizzie McGuire's best friend. Remember that tomorrow. Keep remembering it. Remember it's not just a doodle, and that there's a place in the world where it's considered propaganda.