Watch out, shady landlords: Renters have new ally in Congress

Rep. Mark Takano's not just a lawmaker looking at housing schemes exploiting his constituents. He’s a renter, too 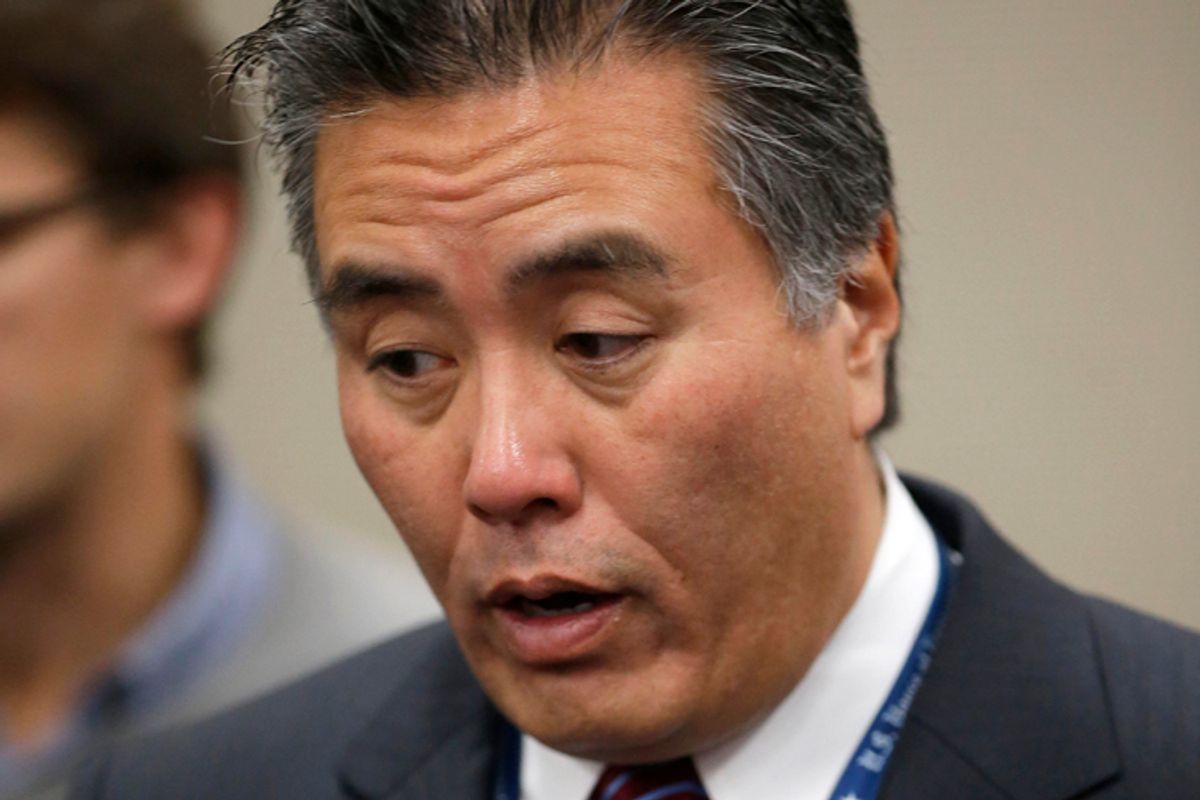 In November, I told you about Wall Street’s latest scheme, the mass purchase of over 200,000 homes and the push to become America’s biggest landlord. Blackstone, the largest player in the rental revolution, even packaged 3,200 homes together into the first “rental-backed security,” delivering revenue from rental payments to bond investors. Predictably, the shift to Wall Street absentee landlords has led to anecdotal reports of renter abuse, with mechanical and plumbing problems and difficulty in getting repairs done.

Concerns about the rental scheme have finally reached the halls of Congress. Mark Takano, a freshman from the Riverside, Calif., area, released an important report about the realities in his district, which he blamed partially on Wall Street investor purchases. He called for hearings in the House Financial Services Committee on rental-backed securities, urging that Congress not miss the boat on another financial innovation that could be just as disastrous to ordinary families as the last one.

Though not on the Financial Services Committee himself, Takano is a good candidate to raise questions about rental-backed securities, because his district was one of the hardest hit by the foreclosure crisis, and has been one of the targets by investors. “People in my district have had a hard time making ends meet, including their rent,” Takano told Salon in an interview. “I had a hunch that the bulk investor buying might have some bearing on that, so I had my staff get on it.”

The report shows that nearly one-third of all renters in Riverside and Moreno Valley, the largest cities in Takano’s district, are spending over half of their income on rent. The problem has exacerbated in Riverside and Moreno Valley since the collapse of the housing bubble. The median annual rent is up $756, while median income has actually dropped $5,524 below the pre-recession peak. Allocating such a high percentage of dwindling salary to rent constrains spending on food, clothing, medical care and other necessities.

The percentage of Riverside County renters paying over half of their income on rent is higher than neighboring counties, the report shows. Takano attributes some of this to rising housing prices driven by investors rather than homeowners. In other words, the same players that caused the foreclosure crisis are now profiting greatly from the increased rental demand that resulted from their actions.

“The people that should really benefit from the downturn are the people who have been on the sidelines,” Takano explained, noting that first-time homebuyers have been muscled out of the market by Wall Street investors. “Interest rates were lowered specifically by the Federal Reserve to try to encourage people to buy. But cash buyers have come in and driven up prices by as much as 20 percent over the last year.” Indeed, there are essentially two housing markets right now, one for homes bought with a mortgage and one for homes bought in cash, where prices are soaring. This reflects how investors are muscling out their competition and distorting markets, particularly in Riverside County, where all-cash purchases have doubled since 2008, and in April 2013, 40 percent of all home purchases came from investors.

With middle-class families shut out of low-rate mortgages, this creates high demand for rental housing. The report shows that vacancy rates in Riverside have been cut in half, raising rental prices, even though Wall Street’s entire argument is that their bulk purchase scheme will create more rental supply and lower prices. “People are priced out of buying, and stuck paying rent that won’t allow them to save,” Takano said.

Takano is not just a policymaker looking at the impact of the Wall Street rental scheme on his constituents; he’s also a renter, and he appreciates the attentiveness of his local landlord. “We live in the same community,” he said. “If I have a problem with the toilet, they’re very responsive. The more corporatized things are, the more frustrating it’s likely to be for the renter.” Citing stories about poor upkeep and maintenance from landlords with a focus on their profits rather than their customers, Takano questioned whether Wall Street landlords had the expertise to manage thousands of properties simultaneously. The Federal Reserve has raised similar concerns. We’ve seen with mortgage servicing that large financial institutions have a miserable record at managing housing issues from afar.

The real question with rental-backed securities, Takano believes, is what happens in the event of a downturn. Already, we’ve seen that investors leave the cities they target in droves once they’ve squeezed out all the opportunity they can find. Phoenix, one of the early sites for investor purchases, is experiencing such a stall, with sales of single-family homes down 27 percent from November 2012 to 2013. If this leads to a broader crash, with people unable to make their rental payments, “what does that do to the security,” Takano questions. “Maybe that means they have to sell off houses to make the investors whole.”

This is an even more dangerous prospect given the way that the initial securitization has been structured. If performance of the rental properties falls below a certain level, the entire portfolio of loans goes into default. That means all 3,200 properties in the security would fall into foreclosure, leading to potential evictions for thousands of renters. A mass dump of properties on the market could also send local housing prices into free fall, calling into question whether the recent rise in prices in some regions represented anything real. “It creates uncertainty about the asset appreciation we’ve seen; it looks more like a bubble,” Takano said. “It just reminds me of the too big to fail schemes of the subprime mortgage crisis.”

Suburbs like those in Riverside don’t have a ton of experience with rental properties, nor do they have strong tenant protections in place to prevent abuse. Deep-pocketed Wall Street firms, with an eye to their investments, may pressure local governments for favorable policies that preserve their low-overhead model of tenant neglect. “I could imagine them starting to get involved in local politics,” Takano said. And if local governments resisted and instituted rent control or other protections, the Wall Street landlords could pull up stakes and significantly disrupt neighborhoods.

While Takano argues for increased housing assistance and counseling, the key recommendation from the report is the call for hearings on rental-backed securities and the challenges they raise for rental prices and the housing market. Takano has discussed the matter with Maxine Waters, ranking member of the Financial Services Committee, and their staffs worked together on the report. “I hope to connect to members in areas that have been impacted, not just in California, but other parts of the country,” Takano said. He hoped more progressive members of the committee would agitate for hearings. Increased attention in the local and national press could galvanize the issue.

“I would like to see Congress get ahead of the curve with this instrument,” Takano said, “and not behind it like they were in the subprime mortgage crisis.”