Crybabies of the 1 percent: Spoiled rich kids, Tom Perkins and the real affluenza

Forget affluenza. The rich's real "disease" is failing to get that their privileges come at a price: our contempt 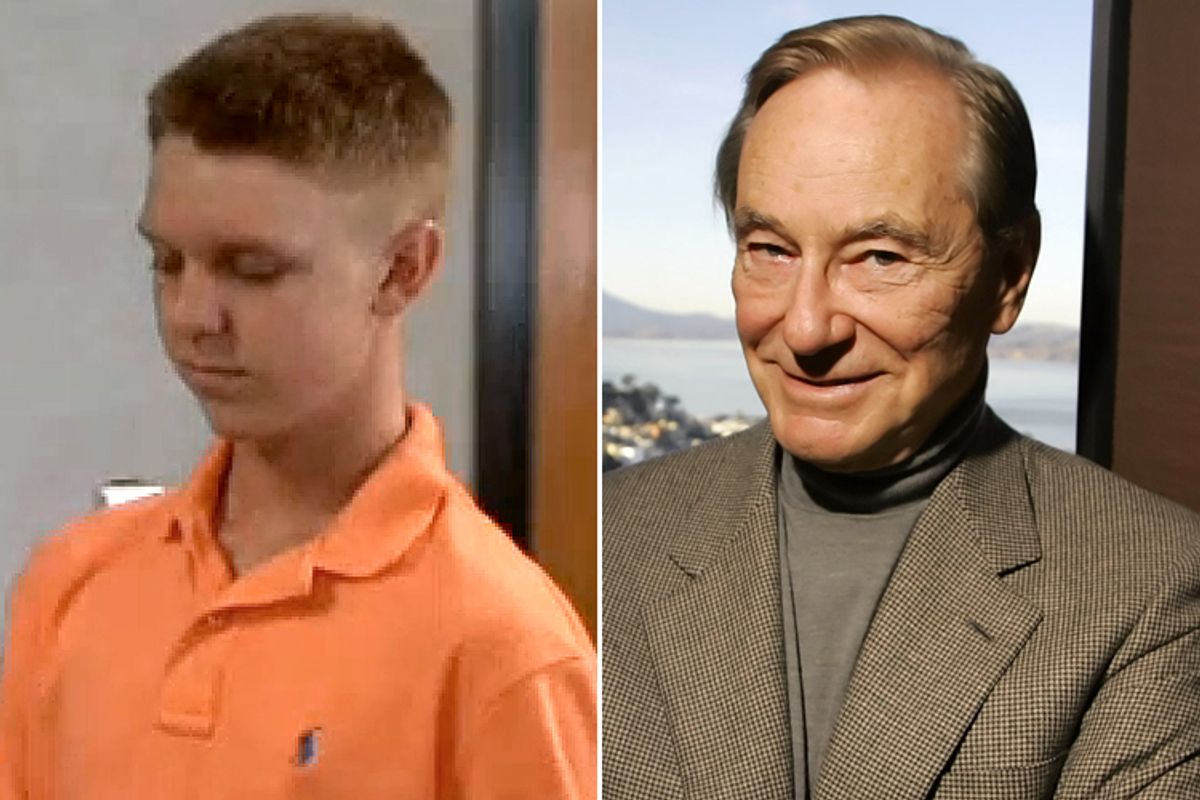 More than half a century ago, "West Side Story" satirized the idea that what was then known as juvenile delinquency was a product of poverty and the psychological maladjustments it produced, and that therefore “this boy don’t need a judge, he needs an analyst’s care.”

Since then, America has been busy transforming itself into an unabashed plutocracy: while median household income has barely budged since the mid-1960s, the annual income of the top 1 percent has increased by an average of approximately 200 percent in real terms.

So perhaps it’s not surprising that the belief that economic deprivation leads to psychological hardship, which in turn inspires youthful crimes, has not merely been discarded but, in some cases, actually inverted.

Consider the case of a Texas teenager who killed four people and severely injured two others while drunk-driving in his father’s pickup truck. Prosecutors wanted to send him to prison for 20 years, but a judge decided to give him no jail time at all after an expert witness for the defense testified that the defendant was suffering from “affluenza.”

This affliction, the psychologist testified, was a product of the defendant having spent his life in the lap of luxury. Having his parents’ cash between himself and reality had left the killer of four of his neighbors unable to make the connection between his decisions – such as his decision to drive a two-ton truck down a residential street at 70 miles per hour while drunk out of his mind – and the potential consequences of those decisions.

In short, the defense team argued, their client was depraved because he wasn’t deprived.

This argument seems to have worked on the judge, who sentenced the defendant to 10 years of probation after his wealthy family offered to pay for their son’s confinement in a $450,000-per-year in-patient facility, where apparently young scions are therapeutically guided toward the insight that randomly slaughtering your fellow citizens as a predictable consequence of your own selfishness and stupidity is a bad thing to do.

Understandably, the judge’s decision has outraged many people, including the families of the victims. Eric Broyles, whose wife and daughter were killed by the defendant, argued that “had he not had money to have the defense there, to also have the experts testify and also offer to pay for the treatment, I think the results would have been different.”

That’s probably true.  The rich can to a significant extent buy their way out of suffering the full consequences of their crimes and those of their children – not primarily through crude (and, and in the American justice system, fairly rare) mechanisms such as bribing judges and prosecutors, but because to be rich means that you will have almost limitless opportunities to manipulate the system toward working in your favor.

All this brings to mind the recent controversy over Tom Perkins’ remarks, comparing animosity toward the rich to the kind of hatred that eventually culminated in the genocidal persecution of the Jews by the Nazis. Perkins’ absurd exaggeration elicited a storm of condemnation, and rightly so.

Perkins’ remarks (which have been echoed by various other 1 percenters) point to the real affluenza, rather than the fake syndrome conjured up by an expert witness to help get a rich kid off the hook for four homicides. The real affluenza is the failure of the rich to appreciate that their special privileges – such as the privilege of operating under what is, from a practical perspective, a substantially different justice system than everyone else – must come at a price.

That price is paid in the form of the growing contempt of their fellow citizens, a contempt that grows in proportion to the ever-increasing gap in America between the children of privilege and everyone else.