Don't tell the kids: The real history of the tooth fairy

She's way younger than you'd think. And she might be descended from the Tooth Mouse 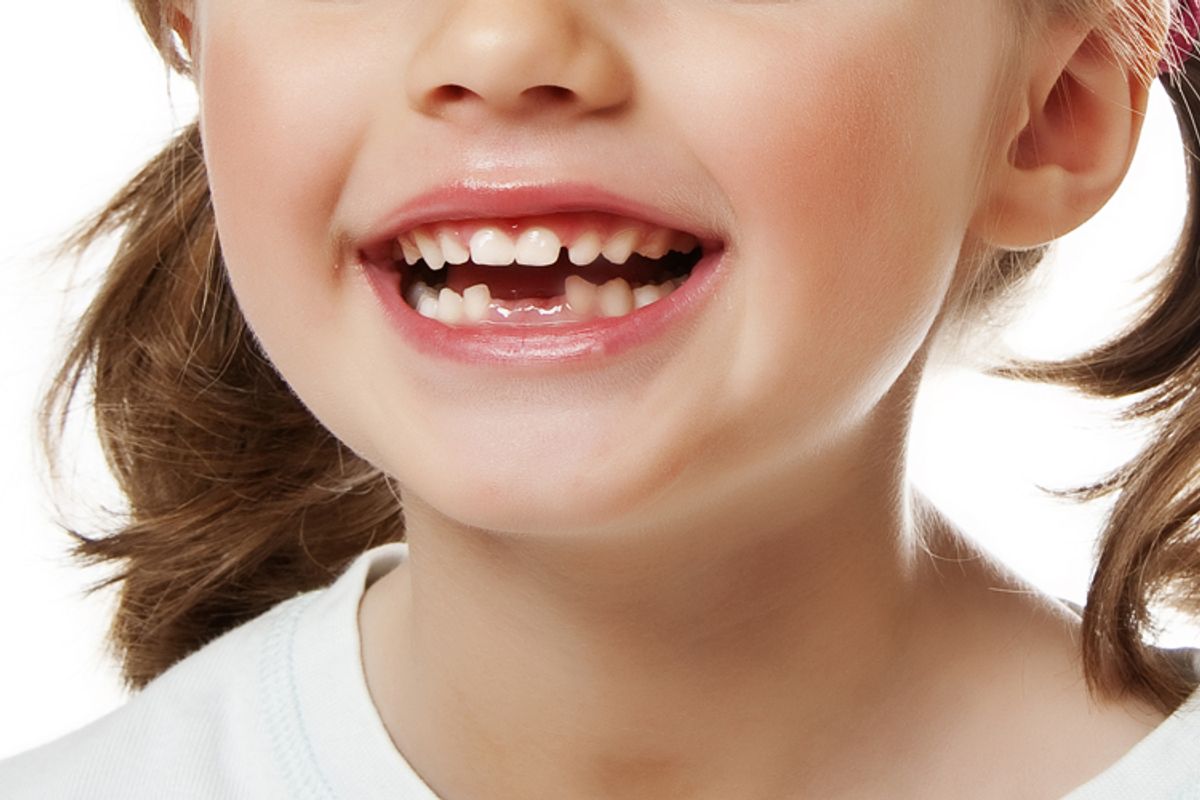 There are three central figures in the pantheon of North American children’s mythology: Santa Claus, the Easter Bunny and the tooth fairy. But while the origins of the first two are fairly well documented — a combination of Christian and pagan traditions, with some recent tweaks from the marketing departments at Coca-Cola and Cadbury, respectively — far less is known about the third. As recently as the 1970s, when a radio DJ in Chicago made an on-air reference to the tooth fairy, staff at the American Dental Association were inundated with calls for more information about her. “We went out of our minds,” the director of library services said at the time. “We should have at our fingertips answers to all dentally related questions. But in this area we have nothing.”

Around the same time, a professor at nearby Northwestern University Dental School named Rosemary Wells found herself similarly baffled. After all, the ritual of children placing their shed baby teeth under their pillows, in the hopes of finding them replaced with cash in the morning, was already being practiced by millions of young Americans. These kids left notes for the tooth fairy, and believed they shared personal relationships with her that spanned several years (and up to 20 baby teeth). How was it possible, Wells wondered, that nobody knew where she came from?

So Wells decided to take on the project herself. First came a series of magazine articles in which she laid out the first substantive overview of the tooth fairy myth. Then there was her survey, again the first of its kind, conducted among some 2,000 parents in the United States. A decade later, Wells remained so engrossed in her subject that she opened an entire museum dedicated to it, run out of her home in Deerfield, Ill. By then she had become the world’s expert on the tooth fairy, giving countless interviews and talks, and even appearing on “The Oprah Winfrey Show.” Wells’s name became so synonymous with the dental sprite that she had to clarify things to the Chicago Tribune: “I’m not the Tooth Fairy,” she said. “I’m the Tooth Fairy consultant.” It said so on her business card. A spokesperson for the Chicago Dental Society added, “We have no position on the Tooth Fairy. I refer all inquiries to Ms. Wells.”

What Wells discovered in her initial research was striking. Despite the seeming timelessness of the character, the tooth fairy is in fact an extremely recent arrival on the mythological scene. Her first print appearance is an eight-page playlet for children by Esther Watkins Arnold from 1927, and the oldest oral references date her to approximately the turn of the 20th century. By the time Wells started poking around, this supposedly immortal figure was barely even a senior citizen.

Of course, rituals surrounding tooth loss date back much further than that. Every recorded human culture has some kind of tradition surrounding the disposal of a child’s lost baby teeth, and in the 1960s, a researcher named B. R. Townend distilled these rituals down to nine basic forms (as summarized by Wells in her 1991 essay “The Making of an Icon”):

(1) the tooth was thrown into the sun; (2) thrown into the fire; (3) thrown between the legs; (4) thrown onto or over the roof of the house, often with an invocation to some animal or individual; (5) placed in a mouse hole near the stove or hearth or offered to some other animal; (6) buried; (7) hidden where animals could not get it; (8) placed in a tree or on a wall; and (9) swallowed by the mother, child or animal.

The items weren’t mutually exclusive, either. Perhaps the most widely practiced ritual, one that has been documented everywhere from Russia to New Zealand to Mexico, involves offering the lost tooth as a sacrifice to a mouse or rat, in the hopes that the child’s adult teeth will grow in as strong and sturdy as the rodent’s — a wish for transference that anthropologists call “sympathetic magic.” This offering is often accompanied by a specific prayer or song, and, in a pinch, any strong-toothed animal will do. Leo Kanner’s “Folklore of the Teeth,” from 1928, records similar ceremonies involving cats, dogs, squirrels and beavers.

But it is the mouse that remains the predominant animal-dental mascot, even to this day. In many countries around the world, children continue to leave teeth out in the hopes that a mouse will come take them away in exchange for money or some other gift. For French children, this is La Petite Souris, who appears in French folktales as early as the 17th century. In several Spanish-speaking nations, it’s Ratóncito Pérez. (And just like his American counterpart, Pérez has a museum of his own, in Madrid.)

The tooth fairy, then, is thought to be a uniquely American cross-pollination of two preexisting figures: the mouse that sneaks into a child’s bedroom and performs the cash-for-teeth swap, and the general “good fairy,” a traditionally European figure that slowly made its way over the Atlantic. It’s no coincidence that at the same time the tooth fairy was starting to gain traction in the United States, Disney was also releasing animated films like “Pinocchio” and “Cinderella” — each of which features a benevolent, maternal fairy with the power to make wishes come true. Pop culture helped solidify the tooth fairy in the mainstream, and she’s been a fixture there ever since: in dozens of children’s books, in specialized pillows (complete with tooth-holding pocket) and in the recent live-action film series, wherein an incredulous Dwayne “the Rock” Johnson and Larry the Cable Guy don wings and tutus as penance for their petty crimes.

But why did she show up in the first place? Wells and others have argued that the tooth fairy serves as a much-needed source of comfort during an experience that can otherwise be scary, even traumatic. While there are many rites of passage in a person’s life, the loss of a baby tooth is arguably the first — and, thus, the most frightening. The three stages in a rite of passage, as described in Arnold van Gennep’s book of the same name, are nicely mirrored in both the loss of a tooth and the tooth-fairy ritual in general: separation (tooth falls out; child leaves tooth under pillow), transition (gap in teeth; child goes to sleep) and incorporation (new tooth grows in; child wakes up to a gift of money). In “Flights of Fancy, Leaps of Faith,” Cindy Dell Clark has further argued that the use of monetary rewards — and leaving money for each tooth, not just the first one, is another distinctly American invention — helps children transition into the world of adulthood, where cash is a symbol of increased agency and responsibility.

The tooth fairy doesn’t appear to be overstaying her welcome, either. According to Wells’s survey, 97% of parents held positive or neutral feelings toward her, and that’s without any of the religious or calendar-based reinforcements that her peers Santa and the Easter Bunny benefit from. And she’s only getting more generous with age: While the amount of money left per tooth tends to hew to the rate of inflation, researchers at Visa recently found that the tooth fairy is now leaving an average of $3.70 USD per tooth. That’s up 23% from last year, and an overall increase of 42% from 2011. With that kind of financial incentive, it’s hard to imagine kids will rebel against their benevolent dental sprite any time soon.

Michael Hingston is the books columnist for the Edmonton Journal and author of the novel The Dilettantes. He is working on a book about teeth.