The placebo effect even works for sleep 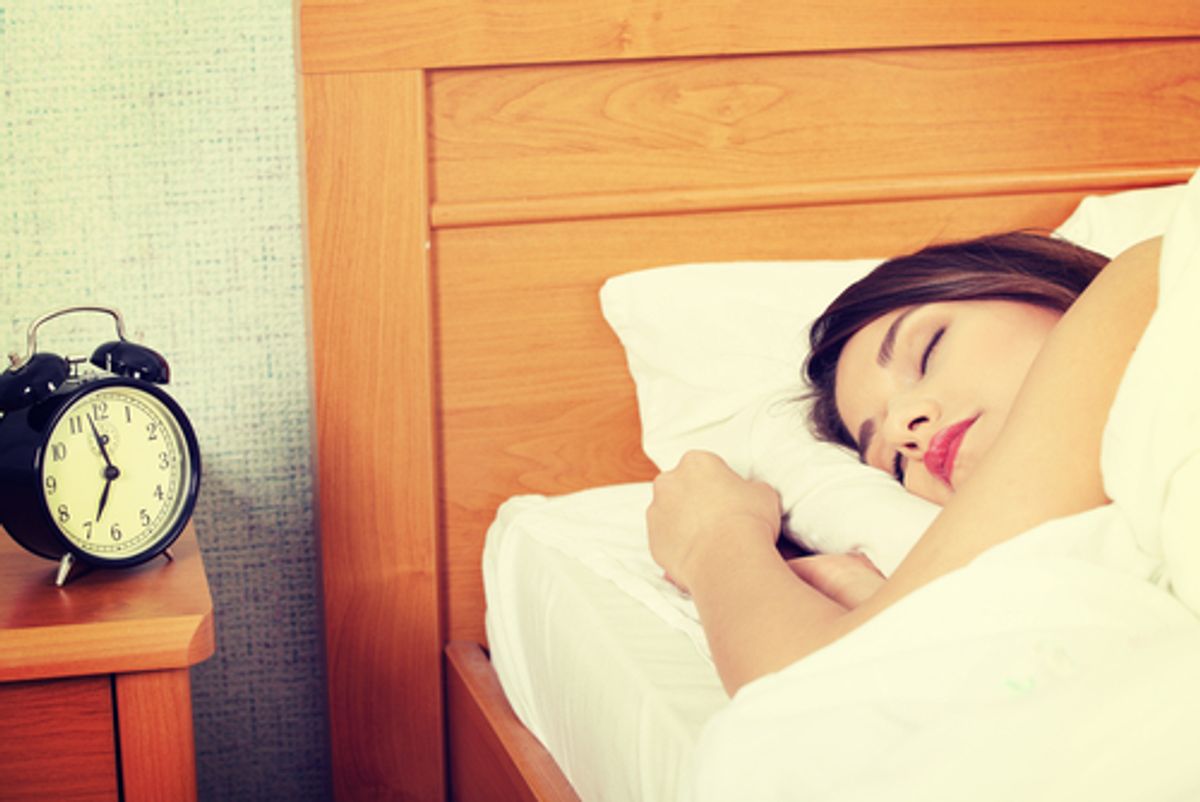 How did you sleep last night? Did you get a sufficient amount of high-quality shut-eye?

Newly published research suggests that if you believe you did, you’re more likely to perform well at certain challenging tasks. It isn’t the actual amount of sleep that matters, but rather your conviction that you got the rest you needed.

That’s the conclusion of Colorado College psychologists Christina Draganich and Kristi Erdal. Writing in the Journal of Experimental Psychology, they provide further evidence of the remarkable strength of the placebo effect.

They describe two experiments in which they manipulated participants’ perceptions regarding the quality of their sleep. In the first, the participants—50 undergraduates—began by estimating (on a scale of one to 10) how deeply they had slept the night before.

They were then hooked up to a machine that supposedly uses certain biomarkers to determine how much REM sleep they had received. In fact, no such machine exists: The only thing that was measured was their brain activity.

The students were informed that people who spend one-quarter of their slumber in REM sleep tend to do well on learning and memory tests, while those who spend less than 20 percent of the time in that state tend to do worse. They were then presented with their (completely fictional) reading of either 16.2 or 28.7 percent REM sleep.

Afterward, each took the Paced Auditory Serial Addition Test, a tricky assignment that is “perceived as difficult and stressful,” the researchers write.

The results: “When participants were informed that they had experienced below-average sleep quality the night before, they tended to perform worse on the test, regardless of how well they felt they had slept,” the researchers write. “The observed pattern of cognitive functioning is consistent with what one might observe if participants had actually experienced a poor night’s sleep.”

The second experiment, featuring 114 undergraduates, replicated the first with a few additions. It produced the same results for the serial addition test.

For a second test measuring verbal fluency—the students were asked to say as many words as possible beginning with a certain letter in one minute—participants told they had experienced a high-quality sleep tended to perform better, regardless of their original perceptions.

So the “placebo information” influenced their actual performance in both positive and negative ways. The mechanism behind this phenomenon isn’t clear, but Draganich and Erdal offer two likely possibilities.

Perhaps the good or bad news the study participants received affected their anxiety and/or motivation level. “Performance then becomes a self-fulfilling prophecy based on what is known by laypeople abut the effects of actual sleep deprivation and restfulness,” the researchers write.

Or it could be a matter of classical conditioning, the pattern of behavior made famous by Pavlov’s dog. Believing we have slept well (or poorly), we feel the symptoms we associate with that state.

The researchers consider this potentially positive news. They conclude that, while this placebo effect clearly has limits, it has the potential of improving our cognitive functioning, “perhaps without even actually altering sleep patterns.”

So if your significant other has an important test or presentation to make, and you can tell they were tossing and turning the night before, do them a favor and insist that they, in fact, slept surprisingly soundly. That little lie could make a big difference.