"The Last of the Unjust": A new look at Eichmann, more evil than banal 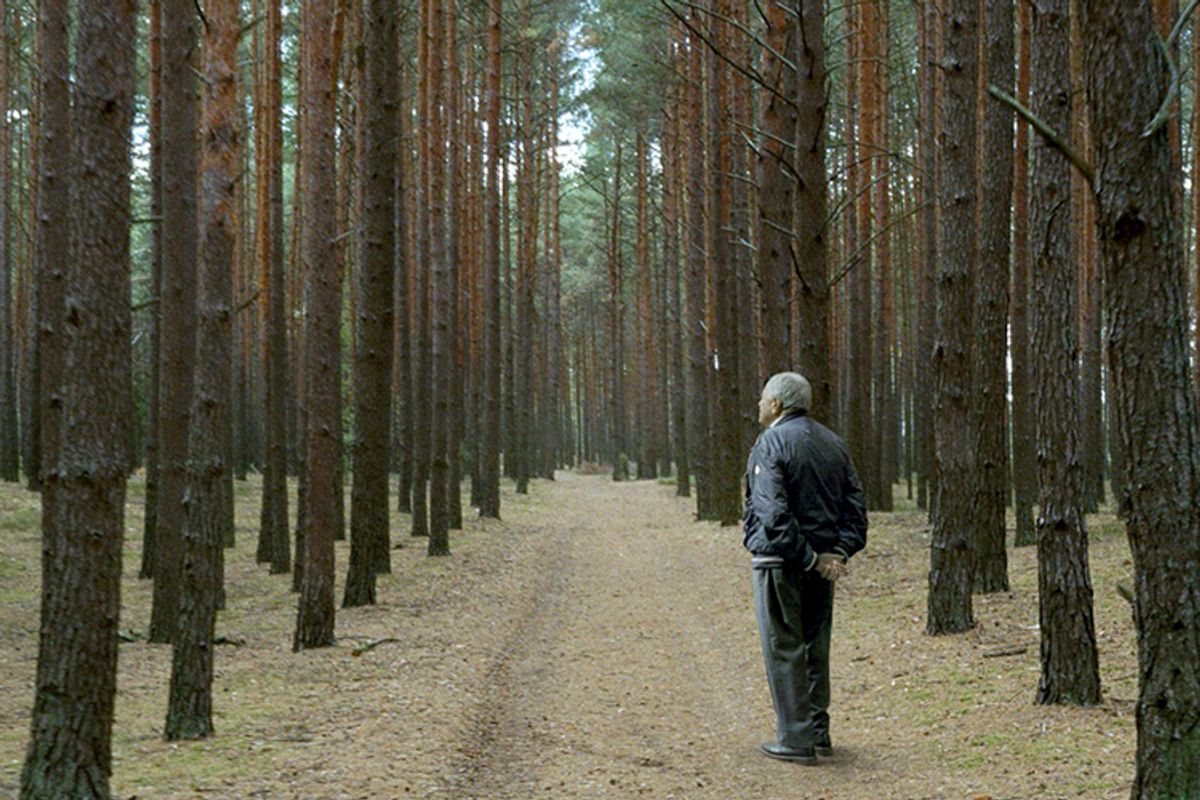 I can understand why French documentary filmmaker Claude Lanzmann kept his interviews with Benjamin Murmelstein out of “Shoah,” Lanzmann’s 1985 magnum opus about the Holocaust. Murmelstein was a one-time Viennese rabbi who spent several years working closely with the notorious Adolf Eichmann and who was the final “Jewish Elder,” or community leader, in the ghetto of Theresienstadt (or Terezin, its Czech name), a faux-benevolent Potemkin village erected by the Nazis for propaganda purposes. He’s a larger-than-life character with amazing stories to tell, and he might have taken the earlier film over, or devoured it. Indeed, in Lanzmann’s new film “The Last of the Unjust,” Murmelstein compares himself more than once to Scheherezade, the storyteller of the Arabian Nights. He kept himself alive under the Third Reich — and kept hundreds or thousands of other Jews alive, he would argue — through this gift. Murmelstein deserves his own movie and now, more than 20 years after his death, he gets it.

Some critics and commentators have made it sound as if “The Last of the Unjust” — a phrase Murmelstein applies to himself, almost in passing — is some kind of outtake or afterthought to “Shoah,” dependent upon or subsidiary to the earlier work. That really isn’t true at all. This is a fascinating journey into the darker corners of 20th-century history, as well as an urgent and necessary reminder that our judgment is often clouded by passion and prejudice, and that historical events and personalities often look different through a long lens. Of course I recommend Lanzmann’s “Shoah” to anyone who hasn’t seen it (now available in a new Criterion Collection edition), but this film does not rely on that one. If the point of “Shoah” was to collect as much firsthand testimony as possible while many survivors, perpetrators and eyewitnesses of the Holocaust were still alive, the point of “The Last of the Unjust” is to make us feel the presence, nearness and relevance of that era, even after almost everyone involved is dead. (Lanzmann himself is now 88 years old.)

Lanzmann found Murmelstein living in Rome in 1975, where he cuts the figure of a sprightly, dapper continental gentleman with an impeccable Italian wardrobe, a bountiful intellect and a sardonic wit. (Although this footage was shot nearly 40 years ago, he seems a strikingly contemporary figure.) He had stayed away from America and Israel, the focal points of postwar Jewish emigration, and for good reason. To many people in the Jewish world, his name became identified with the way some leaders of Europe’s Jewish community had capitulated to Nazi domination and collaborated with a campaign of mass extermination. Gershom Scholem, the German-born Jewish philosopher and historian, suggested at one point that Murmelstein should be hanged as a traitor.

As the latter observes to Lanzmann, in the loquacious, elliptical style that becomes so familiar to us in the course of this film, that’s especially striking in light of the fact that Scholem called on Israeli authorities to spare Eichmann’s life (as a demonstration of Jewish mercy) after his famous trial in Jerusalem. Of course Murmelstein actually understands the point Scholem was making: Eichmann may have been a murderous monster, and/or a soulless and immoral bureaucrat, but he was not a traitor to his own people. But this is exactly the question that Murmelstein and Lanzmann urge us to confront, across all the years: What was the moral thing to do, in a situation as desperate as that of the Jewish people under Hitler?

Murmelstein was a powerful and well-connected figure in the Jewish world; he could easily have emigrated to England as late as 1939. Indeed, he almost did: He accompanied a fellow rabbi to London shortly before the war started, and then returned to Vienna on a nearly empty commercial flight. He could have refused to work with Eichmann and other Nazi commanders, and accepted the alternative: a bullet in the back of the head, or a one-way rail journey to “the East.” (Murmelstein says, by the way, that he didn’t learn the precise nature of what happened to deported Jews in Eastern Europe until 1945, although he knew that none of them ever came back.) Instead, he stayed behind, risking his own life every day in tense diplomatic encounters with murderers and psychopaths. He admits that he relished power and followed a strong drive for self-preservation — largely so that someone would be alive to tell the story. Many people died in Theresienstadt, but nowhere near as many as did in Lodz or Warsaw or Vilnius or the other Jewish ghettoes wiped out by the Germans before the war’s end. They dithered over the place and then they left, and when the Red Army finally arrived in the spring of 1945, Murmelstein and most of the town’s Jewish residents were still there.

Although the heart of “The Last of the Unjust” consists of Lanzmann’s 1975 interviews with Murmelstein, Lanzmann has also shot or incorporated a good deal of complementary footage, from the Nazi propaganda film made in Theresienstadt in 1944 to the bucolic Czech village as it exists today to the near-empty synagogues of Vienna where once thousands of Jews worshiped. (There are even a few beautiful shots of the river in Madagascar where Hitler facetiously or euphemistically proposed resettling the Jews. Lanzmann has a sense of humor, after his own fashion.) That material adds tremendous depth and resonance to the stories spun by this gnome-like Scheherezade, who circles through self-justification and self-indictment, detours into history, mythology and both Jewish and Christian theology, recounted over cigarettes and coffee against the strangely congruous setting of a glorious Roman terrace.

You don’t have to agree with Lanzmann that Murmelstein is more hero than villain (although that’s clearly where he’s leading us) to understand that “The Last of the Unjust” is a crucial work of historical reconsideration. (Holocaust scholars have had access to the Murmelstein films for years, but this is their first presentation to the public.) Hearing this ambiguous figure talk in his detached, intellectual fashion about the cruelty, narcissism and bureaucratic double-think of the Nazis makes the events of the Holocaust seem nearly contemporary. Murmelstein is scornful, for example, of Hannah Arendt’s famous portrayal of Eichmann as a representative of the “banality of evil.” Murmelstein had the misfortune of knowing Eichmann well, which was exactly why so many Jews wanted to condemn him after the war. He describes the notorious architect of the Holocaust as a zealot, a sadist and a “demon,” who personally supervised the destruction of Jewish sacred objects in Vienna on Kristallnacht, and then denied it. Murmelstein is gone now, but Lanzmann — in what may well be his last major work — brings him back to life to remind us of a crucial lesson: We never quite understand history while it’s happening around us.

"The Last of the Unjust" is now playing in Los Angeles, Miami, New York and West Palm Beach, Fla., with other cities and home video to follow.