"This measure would make every pregnant woman the potential perpetrator of a violent crime," says one expert 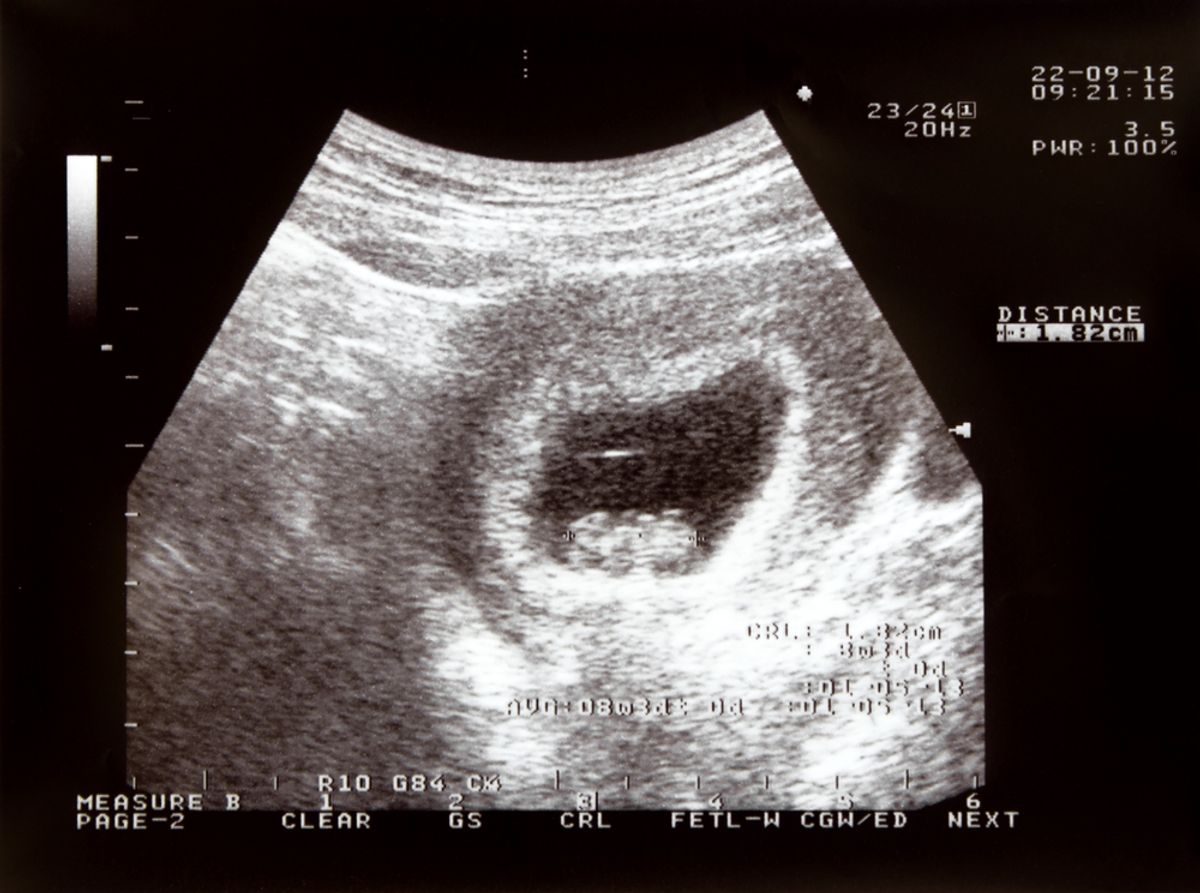 While driving home from a doctor's appointment with her mother and young son, 27-year-old Heather Surovik's car was struck by a drunk driver. Surovik was hospitalized with devastating injuries, and awoke to the news that she had lost her pregnancy as a result of the accident.

Surovik was eight months into her pregnancy at the time of the collision, she tells Abigail Pesta for NBC News. She was expecting a boy, and had already selected a name for him: Brady.

The man behind the wheel of the other vehicle that day, a repeat drunk driver named Gary Sheats, was charged and pleaded guilty to driving under the influence and vehicular assault against Surovik.

"I was told that because my son did not take a breath, he was not considered a person," she said of the charges. "He was considered part of my injuries -- a loss of a pregnancy ... I wanted to figure out a way to get justice."

Surovik has since teamed up with the anti-choice group Personhood USA in an effort to extend personhood status to fetuses, a move that -- while fueled for Surovik by a profound personal loss -- has been strongly criticized by reproductive health experts and advocates in Colorado.

The reason is simple, opponents of the measure say: Fetal personhood laws threaten the fundamental rights and safety of pregnant people.

"This measure would make every pregnant woman the potential perpetrator of a violent crime -- whether she has an abortion, experiences a pregnancy loss, or goes to term having done anything including smoking a cigarette that someone views as creating a risk to the fertilized egg, embryo or fetus," Lynn Paltrow, executive director of the National Advocates for Pregnant Women, told NBC.

Far from a hypothetical scenario, we've seen the impact of such laws in practice.

Alicia Beltran, a pregnant woman in Wisconsin, was ordered by a judge to spend 78 days in a treatment facility or face incarceration because her doctor accused her of drug use. As I've previously reported for Salon, Beltran was brought to the court in shackles. She didn’t have a lawyer during the proceedings — but her fetus did.

Marlise Munoz, a Texas woman who died while 14 weeks pregnant, was kept on mechanical support for two months because of a state statute elevating the "rights" of her fetus over her family's right to bury their loved one.

As Pesta notes, 38 states have laws addressing the loss of a pregnancy as a result of a violent act. Most of these measures are so-called fetal homicide laws that establish the fetus as a distinct category of person, a victim of a crime separate from the pregnant person. These laws establish a troubling precedent, but as Paltrow points out, Surovik and Personhood USA's proposed law -- the Brady Amendment, on the ballot in November 2014 -- goes further than these laws, impacting the entire criminal code to accommodate the newly-created category of fetal personhood.

One can't help but feel a tremendous amount of sympathy for Surovik; she was in the final month of a wanted pregnancy when tragedy struck. The anger, the grief, and the loss she is experiencing are real, and should be honored.

But, as Paltrow noted in a recent interview with Salon, fetal personhood does not shield pregnant people from danger -- it puts them in danger.

“The arguments being used to support the recriminalization of abortion not only have implications for the reproductive rights of women who want to continue their pregnancy to term,” she explained. “The impact will be -- the impact has already been -- to deny pregnant women their very personhood. What’s at stake is not just reproductive rights, but virtually every right we associate with constitutional personhood.”

I'm also reminded of Melissa Harris-Perry's thoughts on when life begins -- and what a deeply personal decision that is for every pregnant person. "When does life begin? I submit the answer depends an awful lot on the feeling of the parents," she said. "A powerful feeling, but not science. The trouble is, policy makers want to base sweeping laws on those feelings."

That is what is happening in Colorado -- and North Dakota -- right now.

But if we want to make pregnancy safer in the United States, strengthening the rights of pregnant people and people who may become pregnant is the only way to do that, a point Paltrow made eloquently the last time we spoke. “If we want to build a culture that values life,” she said, “doesn’t that include the lives of pregnant women?”