Is Johnny Weir responsible for talking about gay issues in Sochi?

The gay Olympic figure skater is a commentator now, and is sticking to the players' routines. Is he doing it wrong? 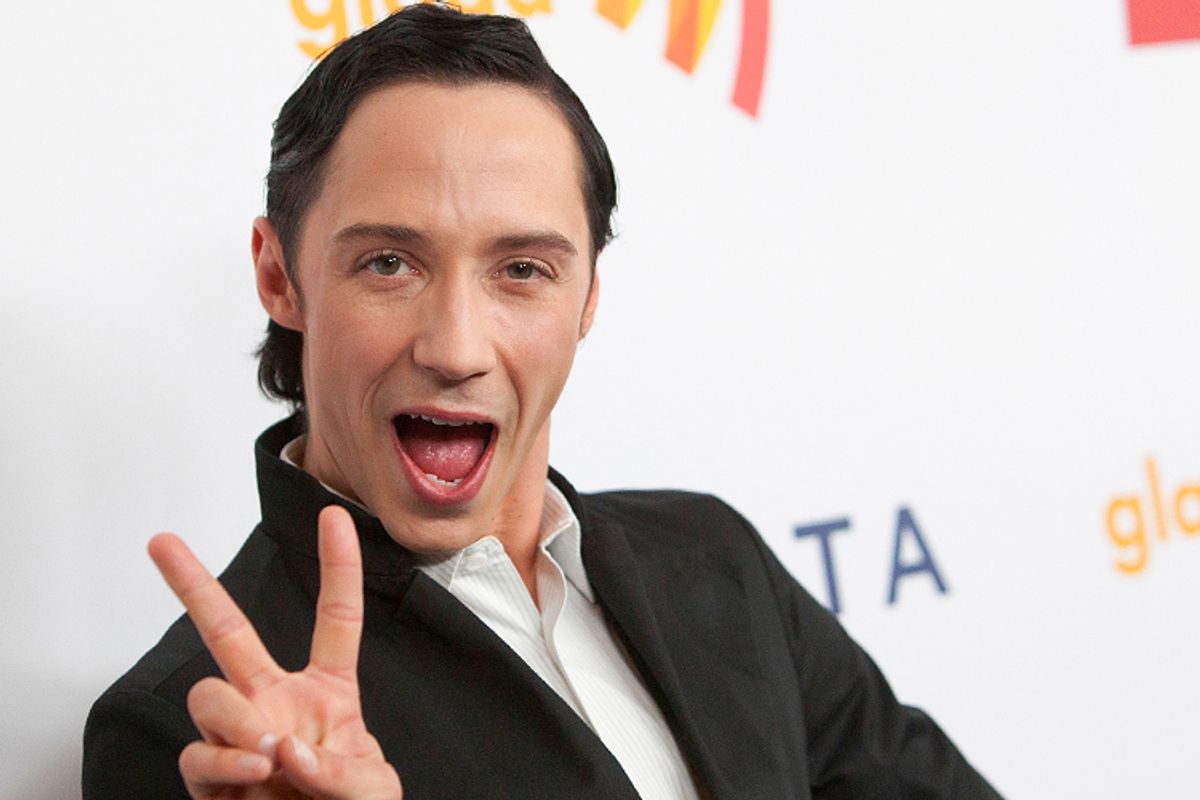 Johnny Weir is a former Olympic figure skater; coming off the 2010 Winter Olympics, he was perhaps more noted for a public feud with gold medalist Evan Lysacek than for his own performance at the games. And his role as commentator at the ongoing Winter Olympics was suffused from the jump with drama of a sort one might not have expected from a more circumspect type.

Weir, who is married to a man of Russian descent, called gay activists who'd urged him to boycott the Olympics "idiots" before the games began, inflaming those already predisposed to view Weir as one who speaks without thinking. "I’m not a politician and I don’t really talk about politics. You don’t have to agree with the politics, but you have to respect the culture of a country you are visiting." Weir was, briefly before the Olympics began, the story, as he crystallized perfectly the apparent NBC Sports philosophy -- of covering the games as an entertainment package in a vibrant and unique land full of contrasts and a rich history, not as a news event occurring in a global hot zone.

And for all that Weir's seeming disdain for his critics is in keeping with his past willingness to go in on enemies in an unseemly way, it's not, strictly speaking, his job to shed light on Russia's human rights abuses. Weir is on-air as a commentator on figure skating, in the portion of the broadcast reserved for pure sport; for all we see during his shared airtime with Tara Lipinski, they could be in a stadium in Sochi or Rome or Cleveland. They're discussing the skaters' performances. The parts of the NBC broadcast that stick out as in particularly poor taste are those that acknowledge Russia as the host nation, as when NBC Sports personality Mary Carillo jaunted around Siberia wackily.

The portions of NBC's broadcasting that have called attention to Russia's hosting the games have been numbingly focused away from the issues affecting contemporary Russia. The network might benefit from a strong international-affairs reporter producing reports on what it is to be gay in Vladimir Putin's Russia. While Weir's initial blowback against gay activists could have been more tactfully phrased, it's not his job to be NBC's ombudsman or gay-issues beat reporter simply by dint of his being gay -- and, indeed, by being a gay person who shows up and does his job competently, he's sending a strong message.

And that's to say nothing of the fact that, walking through Sochi on his way to the studio and then having his image beamed stateside, Weir has been sending a bold sartorial message, in neon colors and big jewelry. He's managed to leave politics to those who ought to be discussing it and who have abandoned that duty, all while refusing to hide that which makes him him. His refusal to abandon his duty and his sense of self should make those at NBC who identify as journalists feel emboldened to be themselves and show a side of Russia other than a fun, cold place where vodka is.