The comedian rips into an audience made up of the technology elite: "You're pissing off an entire city" 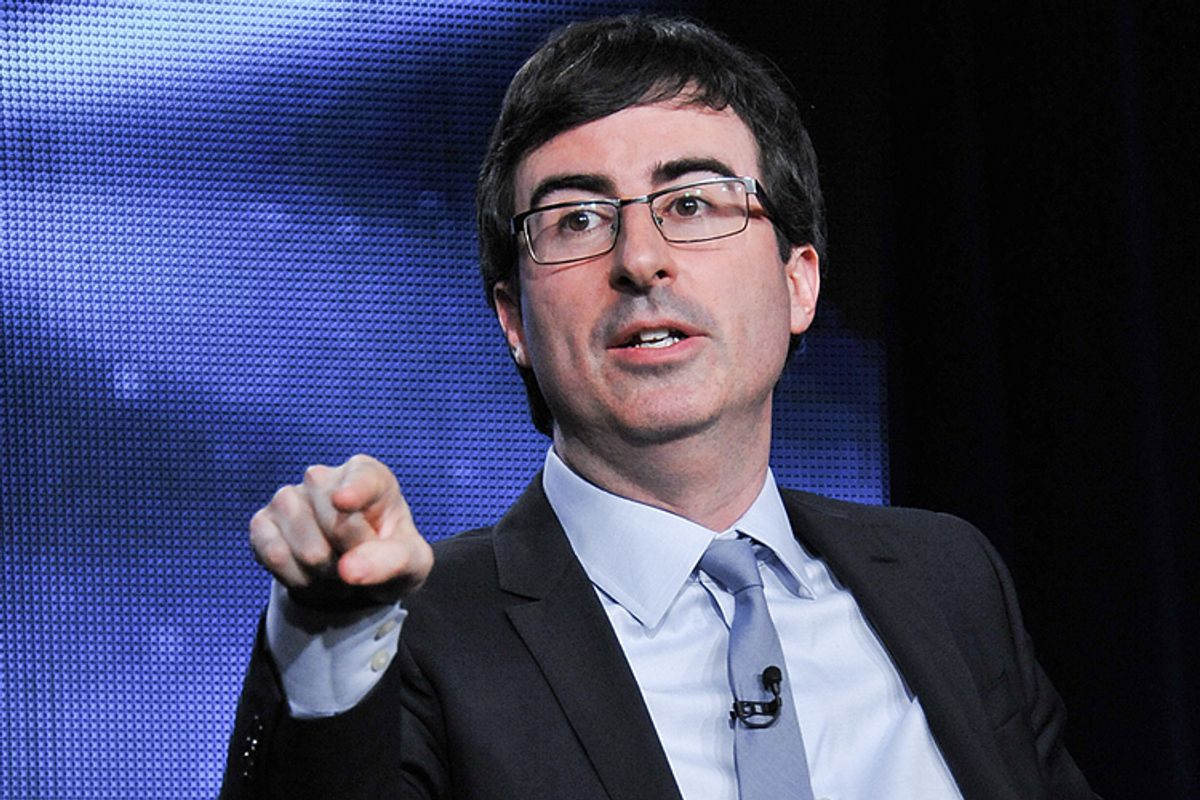 On Monday night, the comedian John Oliver sounded like he was warming up for the French Revolution during his opening monologue at San Francisco's "Crunchies" award ceremony for the best and brightest in tech. He opened with a hearty "Fuck you." He mocked the venture capitalist Tom Perkins as a cartoon supervillain. He suggested that Google buses should be tinted from the inside so tech workers wouldn't be forced to see the "peasants" outside.

Valleywag brought us an initial report, along with the heart of the speech:

You already have all the money in the world. Why do you need awards after that? It is absolutely ridiculous. You're no longer the underdogs, it's very important that you realize that. You're not the scrappy people that people get behind. It used to be that people who worked in the tech industry were emotional shut-ins who you could root for. Now those days are gone. You're pissing off an entire city.

But you really need to watch the entire nine-minute video for maximum effect. And decide for yourself, is the laughter that greets Oliver's bracing jabs the sound of people who are in on the joke?