Republicans are tiptoeing closer to a critique of beneficiaries as lazy moochers. But the public won't stand for it 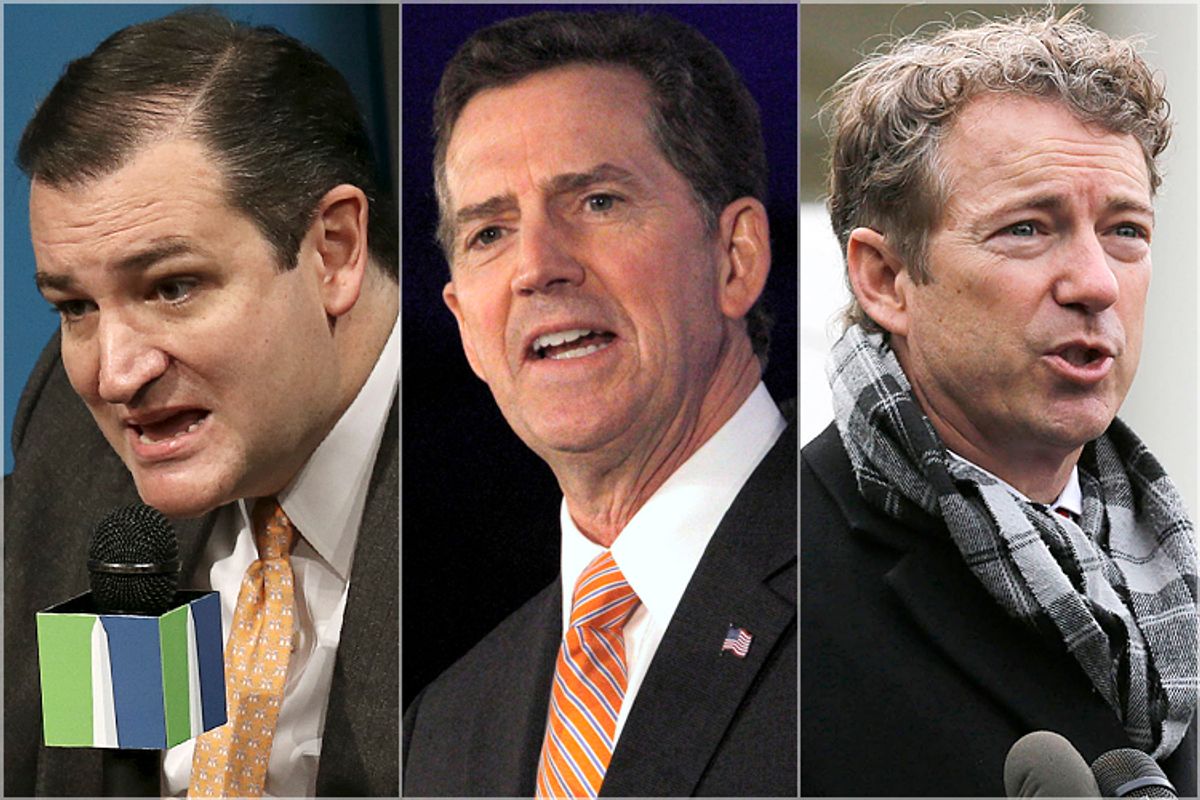 To hear conservatives bemoan Obamacare's exorbitant benefits, you'd think the combination of a coverage guarantee and a subsidy that's only redeemable to purchase health insurance are so bounteous as to destroy human ambition.

That's obviously not true. Many conservatives know it's not true. But it's all they've wanted to talk about for a week now, ever since the Congressional Budget Office updated its analysis of the Affordable Care Act's impact on the labor market. Maybe it'll prove to be great politics. The GOP's entire political strategy heading into midterm elections is rooted in the assumption that Obamacare will be the only issue that matters, and by definition a massive drag on Democrats

But there's a danger here for the right, too. Their confidence in Obamacare's political vulnerabilities is drawing the same ethos that helped doom Mitt Romney -- the idea that any reliance on government benefits is tantamount to personal failure -- out of dormancy. Except in some ways this is worse. They're not condemning 47 percent of people in the country, but they are being much more specific about the class of people they're condemning. And the implications of their criticisms are especially politically noxious at a time when politics is reorienting itself around the enormous problems of wage stagnation and inequality.

As a predicate to this discussion, keep in mind that the shared economic costs of the Affordable Care Act's labor supply effects are very small, and the structure of the actual program doesn't lend itself to promoting indolence, as its critics have implied. As I and others have written here and elsewhere, nobody can survive on subsidized health insurance alone, which means that most people who ultimately choose to leave the labor market as a result of Obamacare's new benefits will have other sources of sustenance. Savings, perhaps, or a spouse with steady income.

To the conservatives who have portrayed the CBO's findings honestly, this is still unacceptable freeloading. Some of them have resorted to mocking the class of people who will avail themselves of that option -- "Bored with your job? No worries—now you can quit, thanks to the generosity of other taxpayers." Others, like Rep. Paul Ryan, R-Wis., have taken a subtler approach, lamenting that Obamacare means fewer people will be "getting the dignity of work, getting more opportunities, rising their income, joining the middle class."

Ryan's conflating two different effects here. But a hairbreadth separates his comments from outright condescension -- particularly vis-à-vis those who will be able to retire early or raise a child because of Obamacare's healthcare guarantee. People who would have left the workforce already had it not been for the perverse incentives the old system created.

He and other conservatives are making an implicit moral argument about these people's choices -- that their decision to stop working is inferior to an alternative in which they must keep their jobs to maintain steady health coverage. Particularly if other taxpayers are on the hook in any way. Scratch at that ideology very lightly, though, and you'll reveal a more expansive worldview that places the highest moral esteem on the possession of wealth. Early retirement is only for the small subset of people who have accrued enough of it to finance not just food, shelter and recreation but every unforeseen cost the vicissitudes of life might impose upon them.

It's the same ideology that undergirds GOP opposition to extending emergency unemployment compensation. A view of working people -- and really everyone but the truly wealthy -- as beasts of burden who will become lazy if they aren't prodded. If they can't work, don't feed them. If the missing pieces separating them from the ability to survive with what they already have are a coverage guarantee and a premium tax credit, it should be denied to them. If they've outlived their use, put them out to pasture.

I don't think this is a view many Republicans actually want to espouse, which is why so many of them are still lying about what CBO said, to bolster unrelated claims about Obamacare being a job killer.

But the media finally seems to have a grasp of the issue, and that means a lot of Republicans are eventually going to have to confront it honestly, in one forum or another, before too long. The two most dominant political narratives in the country intersect right here. One is that Obamacare's a big mess and a political liability for Democrats. The other is that inequality is a huge national challenge, and Republicans' existing ideological commitments prevent them from addressing it in any concrete way.

The work incentive nonsense draws Republicans straight out of the former, and into the latter. It is fertile breeding ground for 47 percenter contemptuousness. And it is irresistible to them. Over time, a growing number of people will come to understand that the right is standing in judgment of them specifically, writing them off for availing themselves of a different subsidized insurance plan than they had before. Or for availing themselves of different government programs -- Pell grants, Medicare, Social Security -- that allow people to leave the workforce in search of other pursuits.

Conservative hard-liners will be sympathetic, but I don't think many other people will be. Most people believe there's more to life than working yourself to death, and don't think the government -- particularly wealthy politicians -- should be in the business of prodding people into a particular, heavily mythologized work ethic.