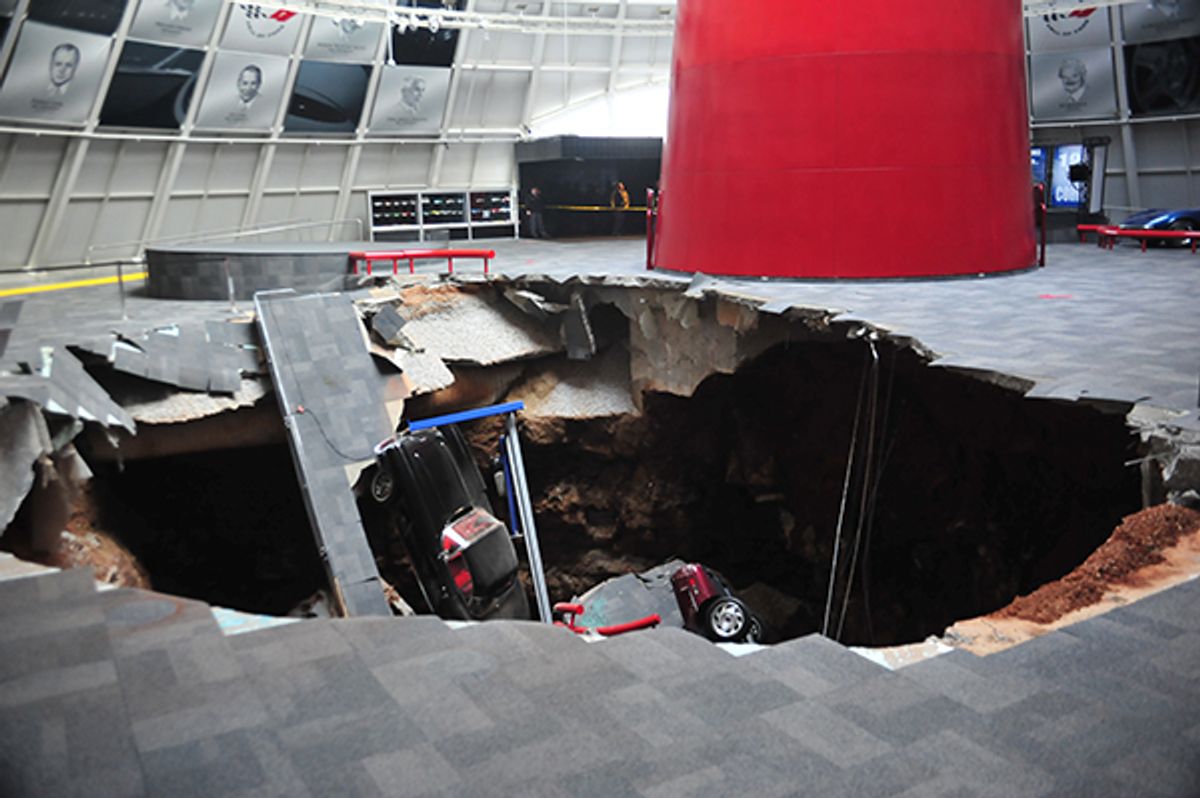 Or, as the museum put it:

It is with heavy hearts that we report that eight Corvettes were affected by this incident.  Those cars include:

The other six vehicles were owned by the National Corvette Museum including:

Kentucky's one of those places that's prone to the ground suddenly disappearing -- its Karst landscape, terrain formed by the dissolution of soluble rock, is characterized by sinkholes, caves and underground drainage systems. Still, if there is a God, you have to wonder if maybe he's a Porsche person.