Listen to "Tainted Love" played by floppy disks, with vocals 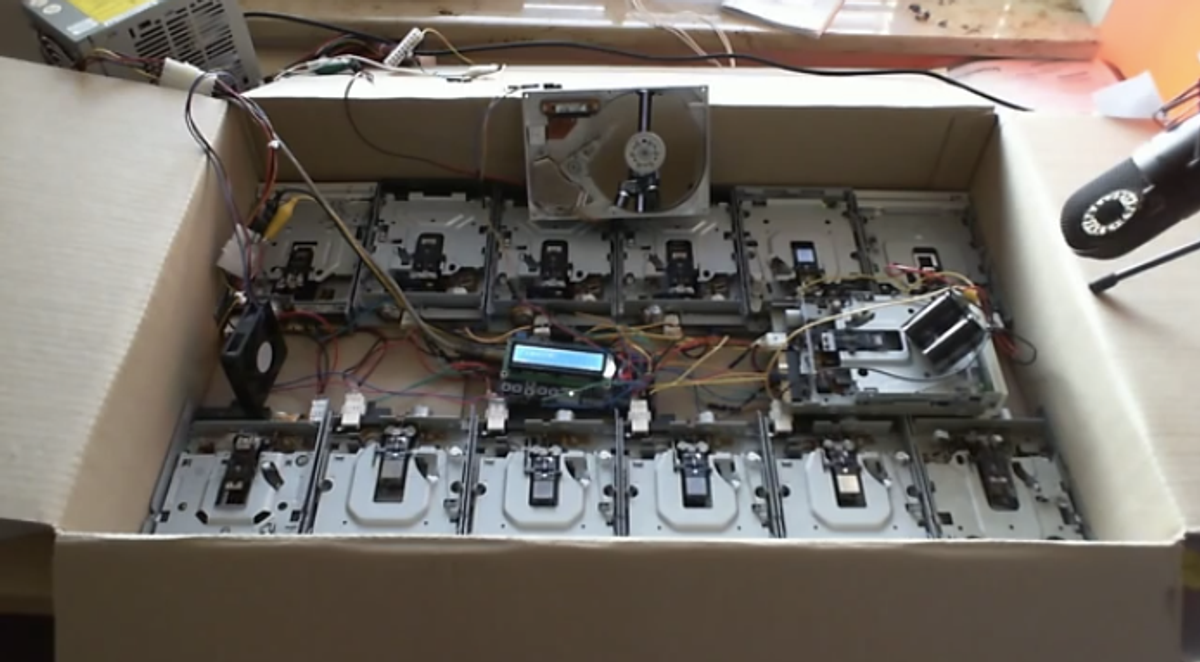 YouTube user Gigawipf made a thing of beauty when he programmed a bunch of floppy disk drives to play Soft Cell's 1980s hit "Tainted Love," itself a cover of Gloria Jones's 1964 hit. Though Gigawipf has programmed several songs to play on floppy disks, this video recorded in 2012 is by far the most successful -- most likely because the old technology adds another layer to the nostalgia. But there's one thing missing in Gigawipf's version -- the vocals.

Because this is not the 1980s, and the Internet is an incredible place, the rendition caught the attention of "Soft Cell's" own Marc Almond. This is how he responded: