An "Idol" comes out 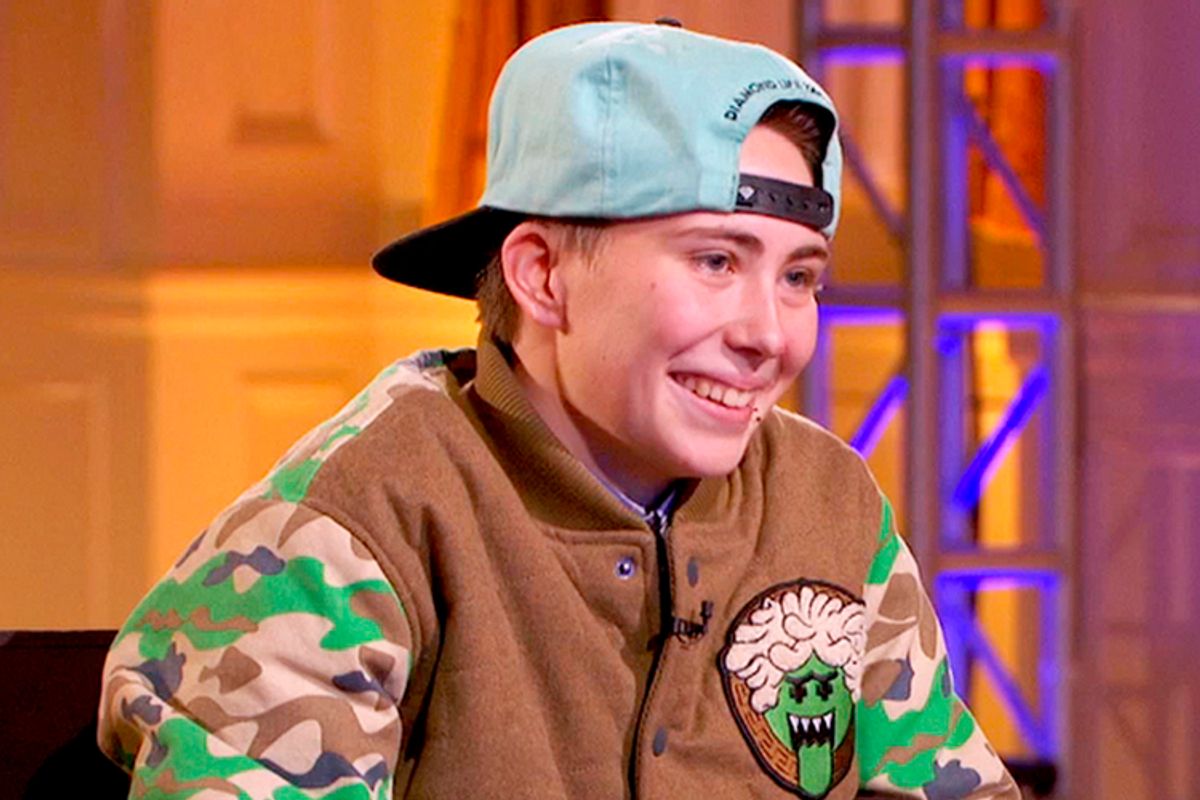 It only took 13 seasons, but "American Idol" finally has its first openly gay contestant.

On Wednesday's show, before saying whether she was going to become one of the show's top 15 females, Jennifer Lopez circuitously told 20-year-old M.K. Nobilette, "You're not the typical American Idol." Harry Connick Jr. added, "Do you fit in, do you not fit in?" And Nobilette looked at them and point-blank told the judges what they'd been hemming and hawing about. "I’m very obviously gay," she said, "and there are always gonna be people in America and everywhere else who will definitely hate me. But I think that in the last two years there have been a lot of things that have really changed that, and have made it a positive thing." "Thank goodness," Connick Jr. replied, before sending her through to the next round.

It's not that the venerable talent competition has lacked for gay contestants over the years. Season 1 runner-up and current North Carolina congressional candidate Clay Aiken is an outspoken advocate for LGBT rights – but he didn't come out until five years after his "Idol" near-victory. And his fellow Season 1 competitor Jim Verraros had kept a public online journal in which he wrote about being gay – until Fox, concerned his orientation might sway voters, asked him to remove it during the season's run. He came out after the Season 1 Idols tour. Season 8 runner-up Adam Lambert played coy about his sexuality all through his run – and courted controversy over whether America was ready for such a "theatrical" contender, but didn't confirm he was gay until his season was over. Season 9 contender Crystal Bowersox likewise came out as bisexual only after her run ended.

Since then, the show, especially in its early, competitor rich-episodes, has featured plenty of contestants who aren't making an effort to play it straight. Last week, Keith London belted out "If I Were a Boy" and tweeted afterward, "Wait, did I just basically come out on National TV? Oh well cats out of the bag!" (He was eliminated this week.) And current still-in-the-running competitor, the self-described "extremely fierce" Emmanuel Zidor, has posted online about his desire for a boyfriend.

But there's a difference between not attempting to pass and stating clearly who you are. Sure, no straight contestant has felt the need to sit down and articulate his or her heterosexuality, but as Nobilette acknowledges, there are going to be people watching who are uncomfortable with an openly gay person in their midst. The act of speaking up makes a difference. Football player Michael Sam could easily have chosen to keep his mum on his orientation -- it's widely acknowledged that there are gay men currently in the NFL. Several of the numerous Catholic school teachers who've been canned from their jobs in the past year say their employers already knew they were gay, but lost their jobs when they openly identified themselves and their spouses as such.

I grew up in a home with a grandmother who loved Liberace and never missed "The Merv Griffin Show." She watched game shows with Paul Lynde and Charles Nelson Reilly. Their orientation was always a clear part of their public personae. And at the time, it was never acknowledged. I see now how much that silence spoke, how it made it seem that it was OK for certain people to entertain you, as long you didn't get too curious about who they were offstage. Look at how just five years ago, "Idol" deployed a similar tactic with Adam Lambert. Just five years ago.

Nobilette could choose to keep her head down and play the ambiguous tomboy. Instead, early on in the game, she chose to head off speculation. Until we live in a world where gay people aren't treated differently – like losing their jobs or having public speculation about whether they'll make their teammates "uncomfortable" – we need people like Nobilette to explain to America that when other people suggest they're "not typical" or "don't fit in," they're rather clumsily asking something else. It takes courage to answer them, with pride and self-worth and total honesty. It makes Nobilette very special among all "Idol" contestants who've gone before. Her orientation shouldn't determine how she fares in the competition, but to all of us who want to redefine what "typical" and "fits in" looks like, it matters. Oh, and by the way, she happens to be a hell of a singer.