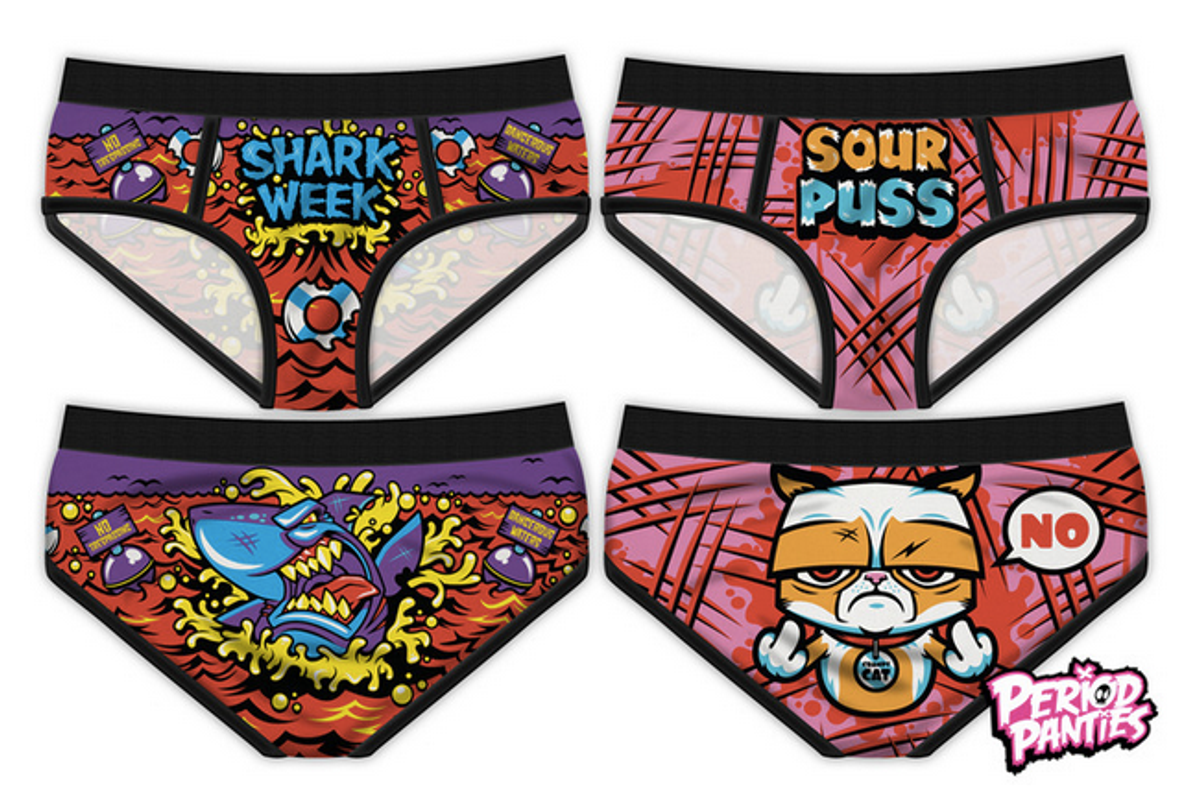 A Kickstarter for a line of underwear that women can wear during their periods raised $150K more than its initial fundraising goal because there is, it seems, a market for this product.

Anthony Hall's "period panties" feature grumpy-looking bears and unicorns and say things like "Cunt Dracula" and "Evil Beaver," which some people will find funny and which are basically unobjectionable. They also feature a black lining "for stains." Hall attributes the idea for the underwear to his girlfriend, who told him that she doesn't like to have sex while she's on her period, but doesn't always want to explain to him that she is on her period. The underwear, then, function as a "do not disturb" sign for the vagina, I guess.

This is fine. Really. Not everyone has to like period sex. While I would wager that a lot of people's discomfort with it has to do with internalized stigma and antiquated notions of feminine impurity (thanks a lot, the Bible) and that these things are worth interrogating, others may just not be into it because maybe they live in a building without a washer or dryer, or because they have cramps and would prefer to watch "True Detective" instead. These are all OK ways to be, there is room for everyone when it comes to making your choices about period sex!

Hall also says that the underwear can be a playful way for women to feel "empowered" about their periods. Which, sure, fine.

I would not buy these for aesthetic reasons (the Emily the Strange thing has never really clicked for me) and for "try to limit purchases of unnecessary shit" reasons, but there is nothing fundamentally wrong with their existence in the world. I would, however, urge Hall to consider using his extra funding to ensure that the garments are produced sustainably and ethically, but that's just me.