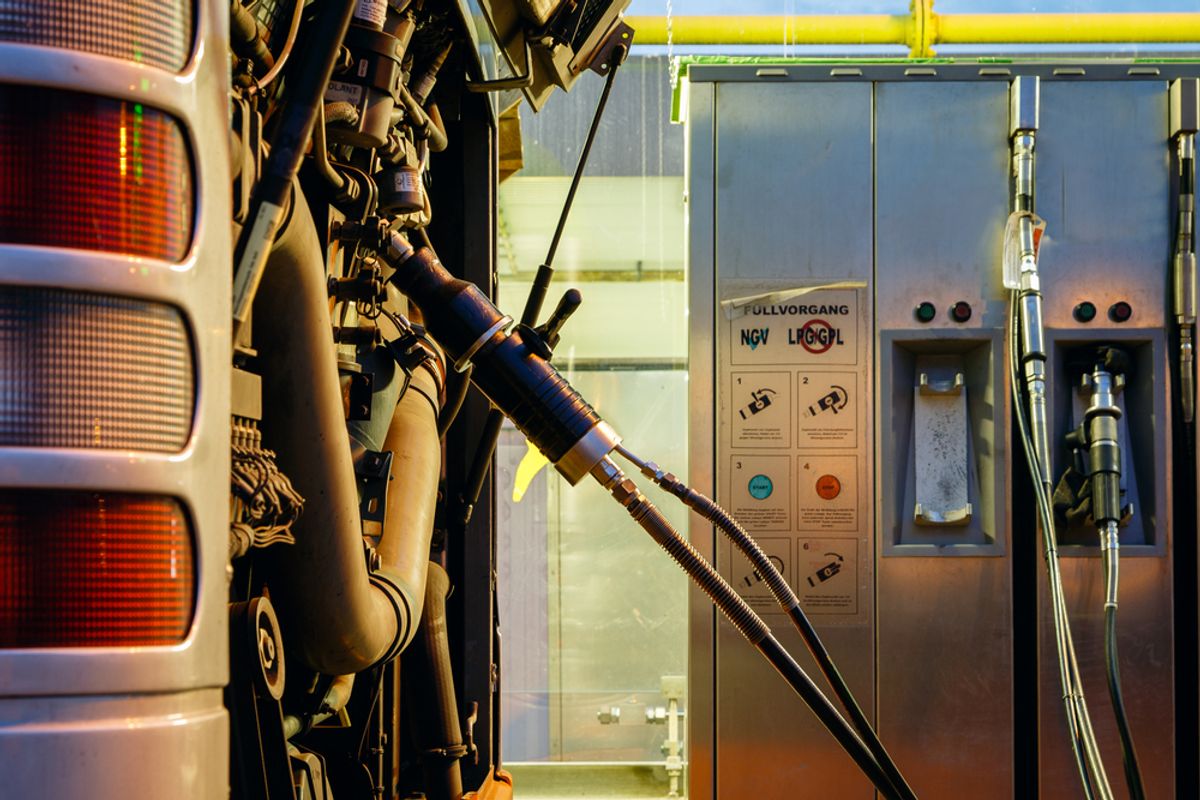 Methane leaks from natural gas production and distribution are more common than EPA estimates would have us believe, a new study has found -- but not common enough to fully negate the benefits of making the switch away from coal.

Much of the United States' current energy strategy focuses on natural gas as a "bridge fuel," a lesser evil that help us transition away from fossil fuels toward renewable energy. The major problem with that is that natural gas is primarily composed of methane, a potent greenhouse gas that's about 30 times worse for climate change than CO2. The most pertinent finding from this new study is that amount of methane being released into the atmosphere by the natural gas system is up to 75 percent higher than EPA estimates. The authors attribute that to the significant number of leaks in the system -- from fracking, which they say contributes a relatively small amount, to leaks that occur during production, from distribution pipe and from abandoned oil and gas wells.

The study, which will be published Friday in the journal Science, was conducted by scientists at Stanford University, the Massachusetts Institute of Technology and the Department of Energy’s National Renewable Energy Laboratory.

The New York Times ran with the headline "Study finds methane leaks negate climate benefits of natural gas" (emphasis added). The study did find that the leak rate is probably large enough to negate the benefits gained from converting buses and trucks to natural gas from diesel. The Times explains:

The finding on trucks and buses is a blow to years of public policy efforts to switch the vehicles from diesel to natural gas, an effort aimed at decreasing pollution as well as America’s dependence on foreign oil.

But while the study puts a damper on that particular environmental effort, it nonetheless found that burning natural gas for electric power generation produces less heat-trapping gas than coal. Over the course of 100 years, the researchers said, natural gas can slow the rate of climate change.

In the short term, that benefit is less significant, because methane is up to 100 times more potent than CO2 when it's first introduced into the atmosphere. Some may take issue with the scientists' conclusions because of that -- as Cornell University civil and environmental engineering professor Anthony Ingraffea, who's also found that methane leaks are higher than official reports say, told Climate Central, using a 100-year window is way too optimistic.

“All the current consensus on climate science, summarized in IPCC AR 5 (the Intergovernmental Panel on Climate Change Assessment Report 5), says that we only have about 20-30 years before we reach the warning zone of temperature rise that could lead to climate tipping points," Ingraffea said. "And we can’t wait 20-30 years to start decreasing CO2 equivalent emissions from fossil fuels.”

Like any new contributions to the fraught energy debate, this one's likely to be controversial, especially since the potential climate benefits of natural gas depend on the industry plugging up its leaky system. “If natural gas is to be a ‘bridge’ to a more sustainable energy future, it is a bridge that must be traversed carefully: Diligence will be required to ensure that leakage rates are low enough to achieve sustainability goals,” the authors wrote. And talking about the climate benefits doesn't negate the other health and environmental impacts of fracking, including groundwater contamination, air pollution and even earthquakes.