5 awful things in the food you eat every day

Many of these ingredients are banned in Europe, but here in the good old USA you'll find them on your dinner plate 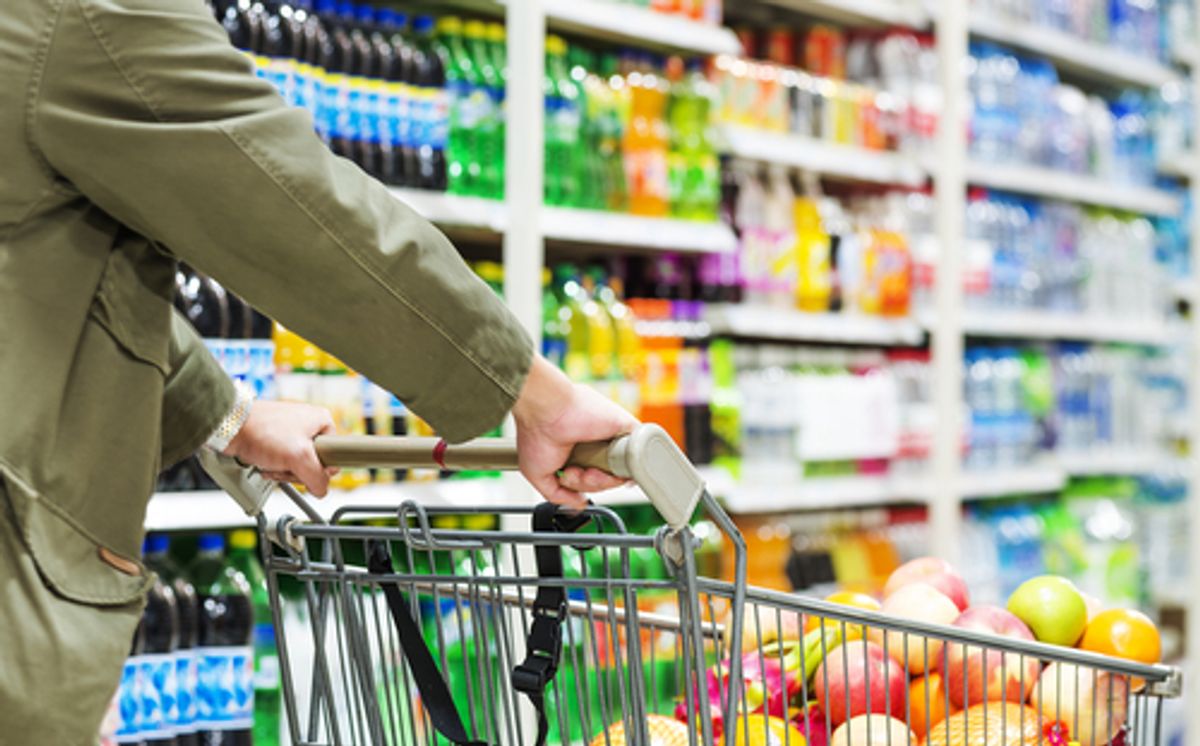 Two years ago, the nation's collective stomach churned when people learned they were eating a meat product called "pink slime."  Lean, finely textured beef as the industry wanted to call it, was meat scraps that were once earmarked for pet food repurposed for the human dinner table, especially the National School Lunch Program. While the product looked like human intestines, what caused the national revulsion was that pink slime was treated with puffs of ammonia to kill the bacterium E. coli. Yum.

Soon after the hoopla began, the main supplier of pink slime, Beef Products, Inc., announced it was closing its production facilities. But since then, other products the public doesn't know it's consuming or  want to consume have surfaced, and the manufacturers have not necessarily been as forthcoming. There's a good chance you are eating some of the following products and byproducts.

Until a month ago, few had heard of this "dough conditioner," intended to provide strength and improve elasticity. Like pink slime, it was azodicarbonamide's industrial overtones that drove indignation—it's "the same chemical used to make yoga mats, shoe soles, and other rubbery objects," wrote food  blogger Vani Hari in a successful petition to get Subway to remove the substance from its baked products.

While World Health Organization tests found azodicarbonamide risks "uncertain," it has been linked to deaths in animals and allergic reactions in humans. Azodicarbonamide is banned in Europe and Australia and its use carries a prison sentence in Singapore, writes Hari. The  Center for Science in the Public Interest warns that when azodicarbonamide is baked in bread, it produces the carcinogen urethane. While Subway announced it is "in the process of removing azodicarbonamide as part of our bread improvement efforts," the dough conditioner is also used in food at McDonald's, Burger King, Starbucks, Arby's, Wendy's, Jack in the Box and Chick-fil-A. It is also in grocery store and restaurant breads, CNN says.

2. Plastic Microbeads in Fish and Waterways

For years, the consumer products industry has given us plastic microbeads in toothpaste, liquid hand soaps, skin exfoliators, other personal care products and industrial cleaners. Products likeOlay's body wash, Dove Gentle Exfoliating Foaming Facial Cleanser and Clean & Clear Daily Pore Cleanser increase the plastic clogging the planet's seas, "killing millions of sea creatures every year when they swallow it, choke on it, or get tangled in it and drown," according to Slate. It was widely believed, however, that human health was spared. "Our assessment is that they will largely be removed during sewage treatment," Jay Gooch, associate director of external relations in beauty care at Procter & Gamble, reassured Slate.

But last year the microbeads were found in water samples in three of the Great Lakes, implying that wastewater treatment is not removing them. The remaining Great Lakes have yet to be tested. The beads, which work their way up the marine food chain, "absorb and retain chemical contaminants," says the  Chicago Tribune. Some manufacturers are phasing out the beads but consumers should avoid any products that list the ingredient polyethylene.

Like pink slime and azodicarbonamide, few had heard of brominated vegetable oil (BVO) or believed they were consuming it until recently. And like pink slime and azodicarbonamide, it is brominated vegetable oil's (BVO) connection to industrial products that sparked outrage—the oil, from corn or soy, is bonded with the element bromine which is used in couches and carpets as a flame retardant. Bromide is an endocrine disruptor and part of the halide family which includes fluorine, chlorine and iodine. It competes for the same receptors in the body as iodine and can cause iodine deficiency.

Brominated flame retardants build up in people's bodies, including breast milk and animal and human research have linked them to early puberty and hormone and neurological problems. Excess consumption of drinks with BVO, used to keep flavoring dispersed in a beverage, have been  linked to headaches, fatigue, ataxia (loss of muscle coordination), memory loss and swollen hands with ulcers.

In late 2012, 15-year-old  Sarah Kavanagh of Hattiesburg, MS began a petition on Change.org for PepsiCo to remove BVO from Gatorade. Within a month, PepsiCo announced it planned toremove BVO from Gatorade and replace it with sucrose acetate isobutyrate, but six months later,  PepsiCo said it would  keep BVO in Mountain Dew sold in the Americas. BVO is still reportedly in Squirt, Fanta Orange, Sunkist Pineapple and some flavors of Fresca and Poweraide.

Scientists and health professionals cannot decide which is worse—high fructose corn syrup (HFCS) or artificial sweeteners in soft drinks. HFCS, which is cheaper for soft drink makers to use and store than "real sugar," has been linked to liver damage, diabetes, heart problems, obesity and  even mercury consumption. Yet, aspartame, saccharin and acesulfame potassium, three leading artificial sweeteners, have all been linked to cancer.

A 2011 study by the University of Miami’s Miller School of Medicine found that people who drank one diet soda every day had a 61 percent higher chance of having a heart attack or stroke. Questions also persist about artificial sweeteners’ links to Alzheimer’s disease, autism, chronic fatigue syndrome, lupus, multiple sclerosis and Parkinson’s disease. (Nor do artificial sweeteners necessarily help people lose weight, some studies suggest.)

The plot thickened in 2012, when a Harvard study indicted both sugar and HFCS-sweetened beverages. Men who drank one soft drink a day had a 20 percent increased risk of heart disease regardless of their age, diet, family history or alcohol/tobacco use. The Harvard study was announced one month after doctors published an editorial in the journal  Nature calling for all types of sugar and HFCS to be regulated the way alcohol or tobacco are.

Around the same time rumors of pink slime and BVO in the US food supply began to surface, the term "meat glue" also debuted. Meat glue is transglutaminase, an adhesive powder originally obtained from animal blood, but lately more likely to come from fermented bacteria which is cheaper. Meat glue lets chefs cobble together disparate and low-quality scraps of meat, put it in the refrigerator overnight and produce "filet mignon," a deception that is the basis of many consumers' objections.

Up to  35 percent of food products contain meat glue, including  tofu, milk, yogurt and even cereal according to industry accounts. Animal versions of meat glue in which the coagulation animal protein thrombin is combined with fibrin have affected blood clotting time in humans because bovine thrombin can  cross-react with human factors. Studies showed that repeat clinical applications of topical bovine thrombin increase human risk. Another risk of meat glue is bacterial growth: scraps that were outside pieces but are now glued together inside a "formed meat" are hard to cook, says microbiologist  Glenn Pener. “The amount of bacteria on a steak that’s been put together with meat glue is hundreds of times higher.”