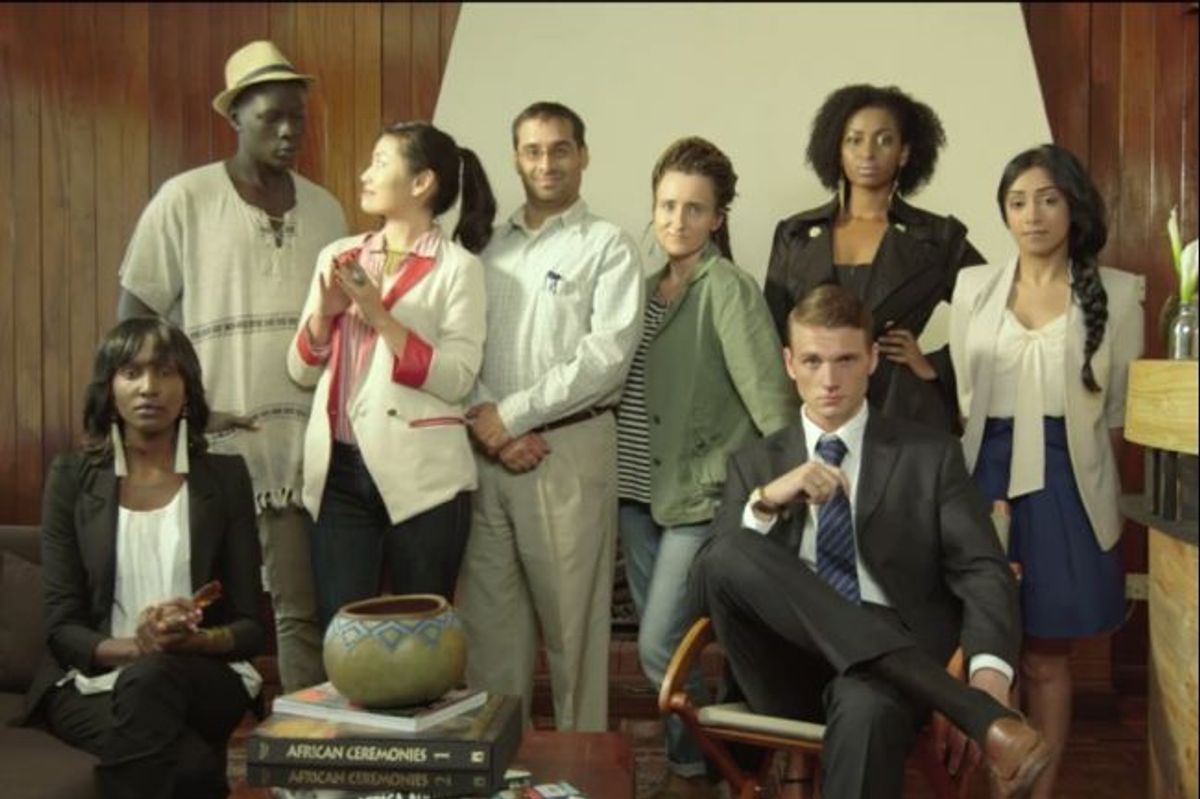 There are over 4,000 registered NGOs in Kenya and things can get pretty dysfunctional.

The mockumentary follows Aid for Aid, a fictional NGO that specializes in doing lots of nothing:

The main characters are the staff who have to deal with the odd demands and decisions of the head UK Aid for Aid office and hopelessly inept local bureaucrats, while trying to write as many useless reports as possible, all under the guise of ‘saving’ Africa.
Like The Office, the show stars a clueless, jerky boss named Scott — in this case, a 28-year-old American whose only prior “Africa-experience” was a six-week internship in Casablanca.

He introduces himself to the staff: “Many of you might be asking who I banged to get this position… I’m not as wet behind the ears as some of you may think, I’ve worked for my mother’s NGO since I was six years old.”

In real life, the actor who plays Scott has an NGO background, is from England and is pretty good at faking an American accent. The rest of cast consists of professional actors mixed with NGO workers.

A concerned Aid for Aid staffer asks, "Are you sure we should be treating the intern like this?"

The Samaritans is hilarious and off-color but more importantly, it pushes dialogue on what is and isn't working in international aid. Hussein Kurji of Xeinium Productions, a Kenya-based production company, explains how the show developed:

Over the years I have heard numerous stories from friends and acquaintances, who come from all parts of the world to work in these NGO's. I thought to myself, well it might just be a good idea to collect these crazy stories and make a show from an outsiders point of view, from a local point of view....

Now the challenge was to put a satirical spin on NGO's without offending the sensitivities that Africa faces. The solution was two-fold — make the show about nothing and in so doing naturally focus on aid workers, who for all good intentions often get caught up in the mammoth world of development.

The Samaritans has already funded two episodes through Kickstarter and its website, www.AidForAid.org. And if you feel like seeing your own crazy NGO story in an episode, you can share it here.

Hat tip: Africa Is A Country