Jordan Davis' father on Michael Dunn verdict: We do not accept a law that views our children as "collateral damage"

"There are a lot of good kids out there. ... They should have a voice. They shouldn't have to live in fear" 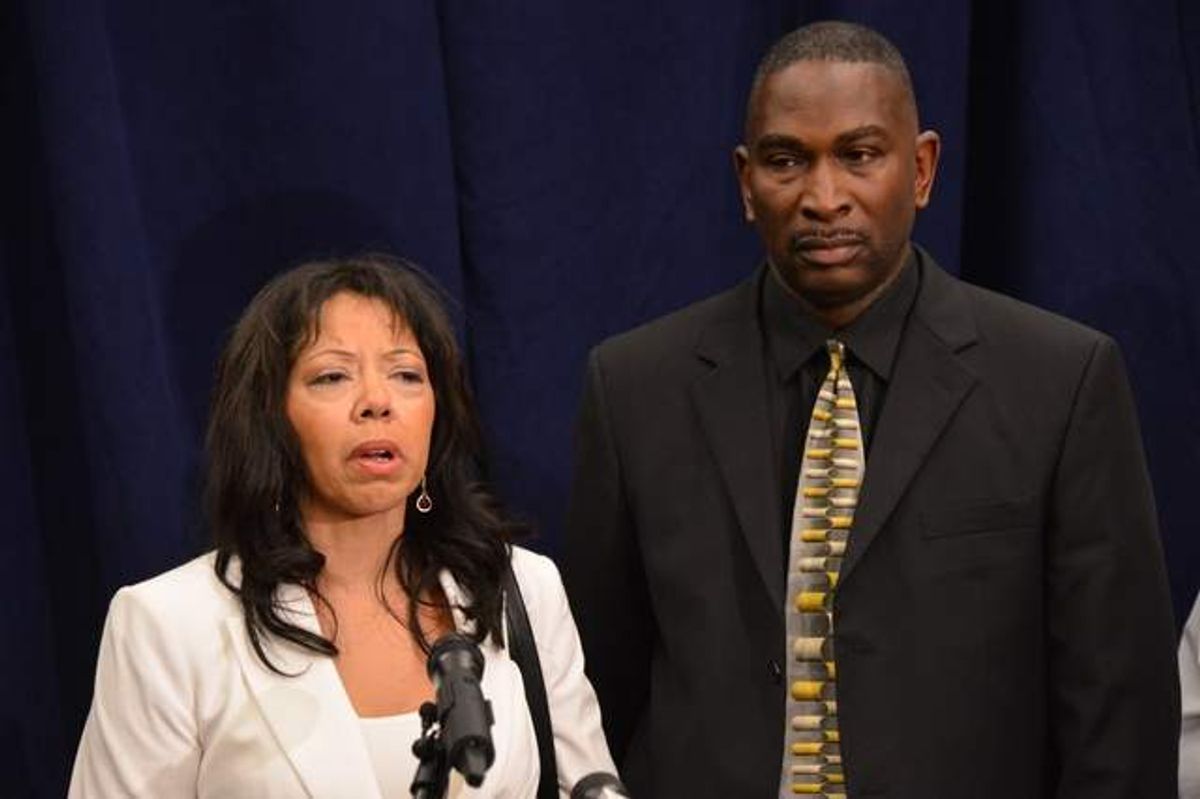 After four days of deliberation, the jury in the trial of Michael Dunn remained deadlocked on the first-degree murder charge related to Dunn's shooting and killing of Jordan Davis, an unarmed teenager listening to music in a car with three friends.

The judge declared a mistrial on the murder charge, but Dunn was found guilty on three charges of attempted murder for shooting into a car full of unarmed teenagers; he is expected to spend 20 years in prison for each conviction.

Lucia McBath, Davis' mother, said she and Davis' father will await Dunn's retrial on the murder charge. “It has been a long, long road, and we’re so very happy to have a little bit of closure,” she said in response to the verdict. "It's sad for Mr. Dunn that he will live the rest of his life in that sense of torment, and I will pray for him."

Dunn, who is white, opened fire on the four black teenagers in November 2012 because they were listening to what Dunn called loud "thug" music; he continued to fire at the vehicle as it fled the scene. Three of the 10 bullets Dunn fired hit Davis, who was brought to a local hospital and pronounced dead.

After the incident, Dunn drove to his hotel room and ordered pizza. He did not call the police. He was arrested at his home the next day.

When asked during the trial why he did not call the police after firing at four teenagers, Dunn replied, "It makes sense that I should have [contacted authorities]. We didn't. I can't tell you why."

Prosecutor Erin Wolfson had a different view of Dunn's actions. “He thought he got away with murder,” she said.

Dunn stated at the trial that he believed the unarmed teenagers listening to music presented a "clear and present danger."

Further contextualizing Dunn's views on race, state attorneys released letters he wrote while in jail. “This jail is full of blacks and they all act like thugs," read one such letter. "This may sound a bit radical, but if more people would arm themselves and kill these fucking idiots when they’re threatening you, eventually they may take the hint and change their behavior.”

Davis' parents -- who have spent the time since their son's death working to change Florida's self-defense laws, including Stand Your Ground -- delivered an emotional statement following the verdict.

"[Jordan] was a good kid. It wasn't allowed to be said in the court room, but we'll say it. He was a good kid," said Davis' father Ron. "There are a lot of good kids out there. ... They should have a voice. They shouldn't have to live in fear ... that if they get shot, it's just collateral damage. ... We do not accept a law that would allow collateral damage to our family members. ... We expect the law to be behind us, and protect us. That's what I wanted the law to do -- to protect Jordan as we protected Jordan."

You can watch their moving statements here: