Pharrell is onto something: Dressing for success means deviating from the norm 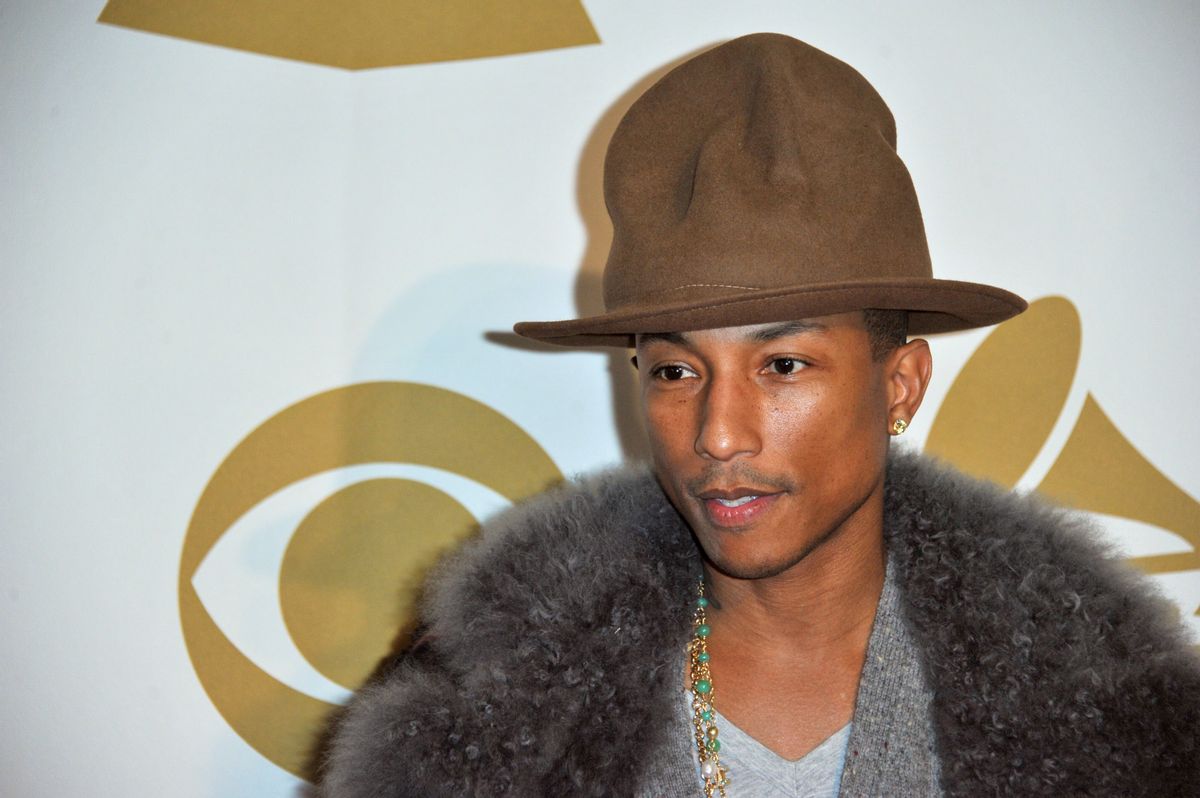 “Dress for success” is a familiar mantra of self-help books, particularly those focused on helping one succeed in the business world. To be accepted in certain social strata, you need to look like you belong there—or so the thinking goes.

In fact, dressing in a non-conformist manner can actually make you come across as more powerful and accomplished.

That’s the conclusion of a Harvard Business School research team. In the Journal of Consumer Research, Silvia Bellezza, Francesca Gino, and Anat Keinan write that deviating from the norm when it comes to self-presentation “can act as a particular form of conspicuous consumption, and lead to positive inferences of status and competence in the eyes of others.”

They argue that dressing in an unconventional way “signals that one has the autonomy needed to act according to one’s own inclinations.” The fact you can get away with ignoring the unwritten rules (like Dr. House refusing to wear a lab coat) implies you have a high level of power and/or ability.

The researchers demonstrate this dynamic, which they call “The Red Sneakers Effect,” in a series of experiments.

The first featured 52 shop assistants in Milan, Italy, who worked in luxury-brand boutiques such as Armani, Burberry, and Christian Dior. They read one of two versions of a vignette about a 35-year-old woman who entered such a store.

All were then asked a series of questions about the customer and her likely purchasing behavior. They reported she was “more likely to make a purchase, and to be a celebrity, when she was wearing gym clothes or a Swatch than when she was wearing an elegant dress or a Rolex.”

A second experiment was conducted in the very different environment of Harvard University. The 159 participants (mostly students) read a vignette about a professor, after which they were asked how good he was at his job, and how respected he was by his students.

The academic was described as 45 years old. Half the participants were told he was clean shaven and wore a tie to work; the others received the information that he had a beard and typically lectured in a T-shirt. In addition, they were randomly informed that he was either at a generic university or a “top-tier” school.

“We find that students perceive an unshaven professor who wears a t-shirt to have higher professional status and competence,” the researchers write, “but only in a prestigious context”—that is, at the highly exclusive university. In such an environment, his dress would presumably stand out as non-conformist, signaling his prestige.

In still another experiment, 141 people recruited online read a vignette about Charles, an individual attending a formal black-tie party at his golf club. Half read that he was in a traditional black tie, while the others were told he wore a red bow tie. Half of those in the latter group were further informed that his unusual sartorial choice was based on ignorance of the rules rather than intent to deviate from the dress code.

All were then asked about Charles’ status and accomplishment. They were more likely to believe red-tie Charles was “one of the top members of the country club;” they also said he was more likely to have won past golf tournaments. However, these effects dissipated for those told his non-conformity was unintentional.

“Observers confer greater status and competence to nonconformity compared to conformity because they believe that the nonconforming individual has the necessary level of autonomy to follow her own inclinations, and bear the cost of deviating from the norm,” the researchers conclude.

So, if you want to be accepted as a member in good standing of some social group, by all means dress to blend in. But if you want to be viewed as a standout, you might emulate classical pianist Jean-Yves Thibaudet and put on a pair of red socks.

His penchant for dressing in a way that sets him apart visually on a concert-hall stage is hardly the sole factor responsible for his brilliant career. But this research suggests it sure didn’t hurt.