Using social media to build a better world: A culture of amplification

Women are underrepresented in all media -- but we can change that, one tweet at a time 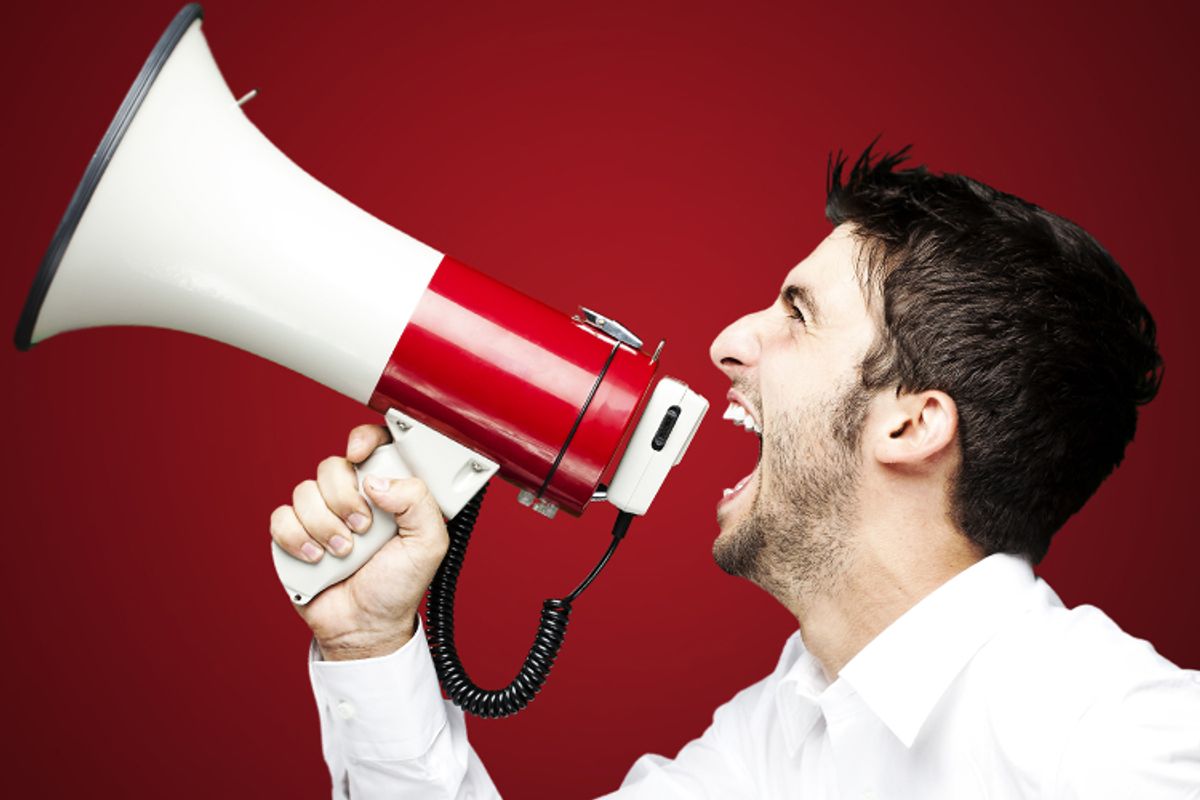 Who do you see represented in the world? Who gets written about? Whose stories get told? You satisfied with that? Or do you want to see something different? Then let's start by telling different stories ourselves.

Earlier this month, Anil Dash wrote a compelling piece for Medium in which he revealed that a little over a year ago, he'd done some social network soul searching and was surprised at what he learned. "I followed a nearly equal ratio of women and men," he says, "but retweeted men three times as often as I retweeted women. This, despite my knowing how underrepresented women’s voices are in the areas I obsess over, such as technology and policy and culture." So he decided to change the conversation, and quietly resolved to spend 2013 consciously only retweeting women. It was, he says, about "being mindful of whose voices I choose to amplify." And he puts out a call to "Give it a try…. try being mindful of whose voices you share, amplify, validate and promote to others."

After I read Dash's story, I was curious how my own online behavior stacked up. Running my stats, I got a "not bad" twee-q rating of 7.4 – for every four tweets by men I boost, I send out three for women. Let me point out here that I write about feminism, reproductive rights, motherhood, body image and other women's issues on a daily basis. And I'm still retweeting mostly men. So I'm trying to be more mindful too.

As consumers of culture, we don't have a direct say in what magazine editors and movie studios and television networks choose to present to us. And you know what? They are pitifully skewed. Last month, Media Matters revealed that gender diversity on Sunday morning talk shows has flatlined over the past five years, with men continuing to account for an impressive three quarters of all guests. As Media Matters notes, perhaps this is because "Newsroom diversity has been stagnant for over a decade, with the percentage of women in newsrooms never exceeding 38 percent."

Though it was happy to enshrine a blonde plastic doll as its icon earlier this month, Sports Illustrated managed to get through all of 2013 without a single female athlete on its cover. Not one. Apparently no female athlete's achievements were worthy of a Sports Illustrated cover that year, or perhaps the editors feared a woman's face on the cover would hurt magazine sales horribly. Last week, when I mentioned this on Twitter, I had male users inform me that it's because "really very few care" about women's sports and go on to suggest I was pushing an "anti male agenda."

And last fall, the New York Film Academy revealed that women represent less than 31% of all speaking roles in movies, and that when they do appear in films, roughly one third of them are shown in revealing clothing or naked. Yet women buy half of all movie tickets.

But the idea that Well, this is just how the world is, so what? can be challenged. In November, Swedish cinemas introduced a new film rating to highlight gender disparity. To get an "A" rating, a movie must pass the famed "Bechdel test" -- in which at least two named female characters talk to each other about something other than a man. As Ellen Tejle, the director of Bio Rio cinema, noted at the time, films that fail the test include "The entire 'Lord of the Rings' trilogy, all 'Star Wars' movies, 'The Social Network,' 'Pulp Fiction' and all but one of the 'Harry Potter' movies."

No one's saying, don't make movies about men or don't put them on talk shows. Instead, let's remember that when we're only getting a certain kind of story and a certain kind of perspective, we take it as the norm. Let's understand that's incredibly limiting and painfully reinforcing. You want to sell magazines or movie tickets, a fully clothed man or a woman in a bikini stand better odds of getting attention that anybody else. I get that. But at some point there has to be room in the conversation – whatever the conversation may be -- for other faces and voices. And I can't believe I have to say this in 2014.

This isn't just about women. It's about people of color. It's about gays and lesbians. It's about all of us changing the landscape, and committing to the promise that we as consumers will support a sports magazine that puts female athletes on its covers. We will watch movies about people who are not of our own race. We will cheer for football players who are gay. It's about saying it. It's about practicing it.

However large or small our social media platform is, it's about also resolving to be more conscious of how we use it, of who, as Anil Dash says, we amplify. I want my daughters to grow up in a world where they can get attention in ways that don't involve bikinis. I want them to refuse to accept that the way things are is the way things stay. I want to do better in my own life than just quoting and reading and retweeting people who fall into my narrow demographic. I don't want to feel helpless if I'm frustrated and want to see more diversity. I want to get better at practicing it. I want all of us to.