5 vitamins and minerals that are actually worth taking 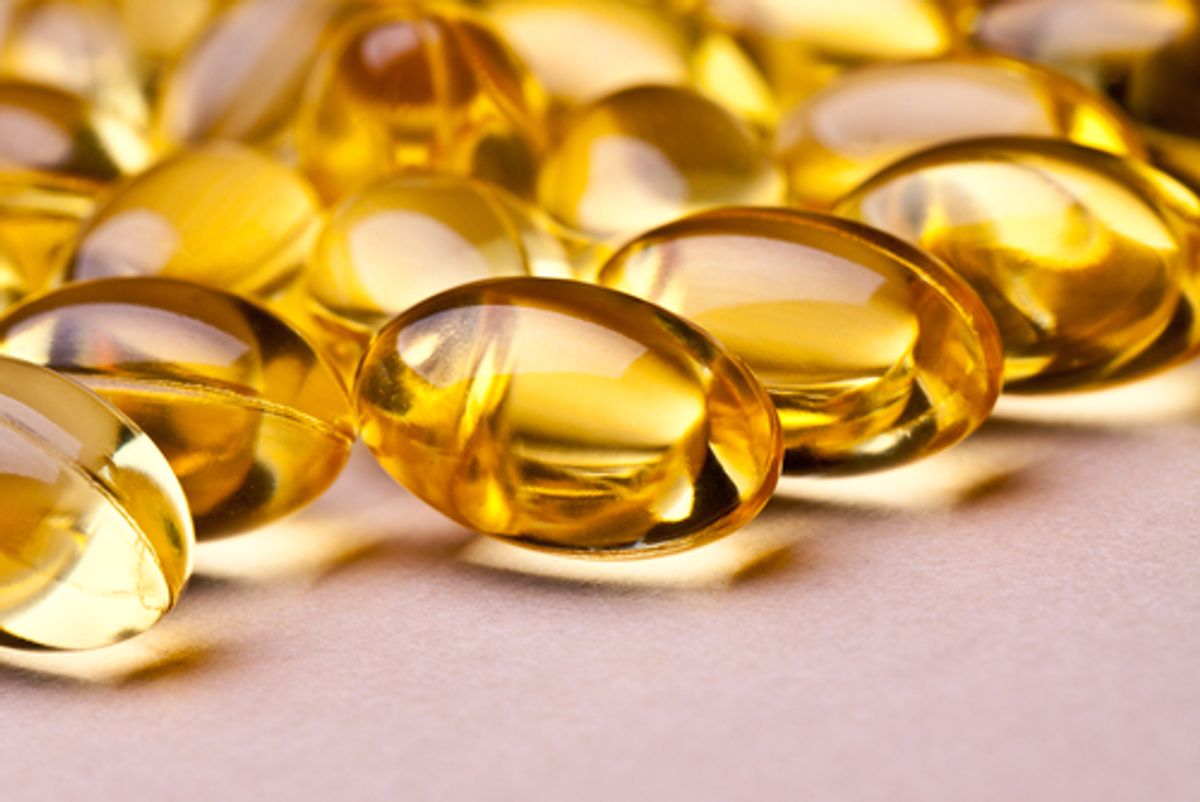 Recently, a number of studies published in the Annals of Internal Medicine underscored a fact that scientists have become increasingly sure of: The vast majority of vitamins and mineral supplements are simply not worth taking. "Enough is enough: stop wasting money on vitamin and mineral supplements," declared an editorial that was published in the issue.

This goes for a tremendous range of supplements that you might imagine to be beneficial. Multivitamins don't reduce the chance of cancer or cardiovascular disease. Controlled, randomized studies—where one group of people take supplements and another takes placebos, and the groups are compared—have produced little evidence that antioxidants protect against cancer. Study after study has shown that vitamin C does nothing to prevent common cold, a misbelief that dates to a theoretical suggestion made by a scientist in the 1970's.

Of course, our bodies do need these vitamins to live—it's just that the diet of most people who live in developed countries in the 21st century already includes them in abundance. In many cases, taking high amounts of them in a refined form (especially vitamins A, C and E and beta carotene) can actually be harmful, increasing the risk of cancer and other diseases by excessively inflating the concentration of antioxidants in the body.

Nevertheless, there are a handful of vitamins and supplements that, studies suggest, are actually worth taking for people with specific conditions. Information is Beautiful, a data visualization website, has a thought-provoking interactive that shows supplements charted by the strength of evidence that indicates they're beneficial. Here's our rundown of some of the most promising.

Of all the "classic" vitamins—the vital organic compounds discovered between 1913 and 1941 and termed vitamin A, B, C, etc.—vitamin D is by far the most beneficial to take in supplement form.

A 2008 meta-analysis (a review of a number of studies conducted on the same topic) of 17 randomized controlled trials concluded that it decreased overall mortality in adults. A 2013 meta-analysis of 42 randomized controlled trials came to the same conclusion. In other words, by randomly deciding which participants took the supplement and which didn't and tightly controlling other variables (thereby reducing the effect of confounding factors), the researchers found that adults who took vitamin D supplements daily lived longer than those who didn't.

Other research has found that in kids, taking vitamin D supplements can reduce the chance of catching the flu, and that in older adults, it can improve bone health and reduce the incidence of fractures.

Of course, even though they're widely recognized as the best way to test a treatment's effectiveness, randomized controlled trials have limitations. In this case, the biggest one is that these studies can't tell us much about the mechanism by which vitamin D seems to reduce mortality or provide other health benefits. Still, given the demonstrated benefits and the fact that it hasn't been shown to cause any harm, vitamin D might be worth taking as a supplement on a consistent basis.

A mounting pile of research is showing how crucial the trillions of bacterial cells that live inside us are in regulating hour health, and how harmful it can be to suddenly wipe them out with an antibiotic. Thus, it shouldn't come as a huge surprise that if you do go through a course of antibiotics, taking a probiotic (either a supplement or a food naturally rich in bacteria, such as yogurt) to replace the bacteria colonies in your gut is a good idea.

In 2012, a meta-analysis of 82 randomized controlled trials found that use of probiotics (most of which contained bacteria from the Lactobacillus genus, naturally present in the gastrointestinal tract) significantly reduced the incidence of diarrhea after a course of antibiotics.

All the same, probiotics aren't a digestive cure-all: they haven't been found to be effective in treating irritable bowel syndrome, among other chronic ailments. Like most other supplements that are actually effective, they're useful in very specific circumstances, but it's not necessary to continually take them on a daily basis.

Vitamin C might not do anything to prevent or treat the common cold, but the other widely-used cold supplement, zinc, is actually worth taking. A mineral that's involved in many different aspects of your cellular metabolism, zinc appears to interfere with the replication of rhinoviruses, the microbes that cause the common cold.

This has been borne out in a number of studies. A 2011 review [PDF] that considered 13 therapeutic studies—in which patients who'd just come down with the common cold were given zinc supplements, and compared to those who'd been given a placebo—found that the mineral significantly reduced the duration of the cold, and also made symptoms less severe. So if you feel a cold coming on, avoid overdosing on vitamin C, but take a zinc lozenge or pill to get better sooner.

Also known as vitamin B3, niacin is talked up as a cure for all sorts of conditions (including high cholesterol, Alzheimer's, diabetes and headaches) but in most of these cases, a prescription-strength dose of niacin has been needed to show a clear result.

At over-the-counter strength, niacin supplements have only been proven to be effective in helping one group of people: those who have heart disease. A 2010 review found that taking the supplement daily reduced the chance of a stroke or heart attack in people with heart disease, thereby reducing their overall risk of death due to a cardiac event.

Garlic, of course, is a pungent herb. It also turns out to be an effective treatment for high blood pressure when taken as a concentrated supplement.

A 2008 meta-analysis of 11 randomized controlled trials (in which similar groups of participants were given either a garlic supplement or placebo, and the results were compared) found that, on the whole, taking garlic daily reduced blood pressure, with the most significant results coming in adults who had high blood pressure at the start of the trials.

On the other hand, there have also been claims that garlic supplements can prevent cancer, but the evidence is mixed. Observational studies (which rely on data collected from people already taking garlic supplements on their own) have found associations between garlic consumption and a reduced incidence of cancer, but that correlation could be the result of confounding factors. Controlled studies have failed to replicate that data.