The CNN anchor gets emotional over the trolls 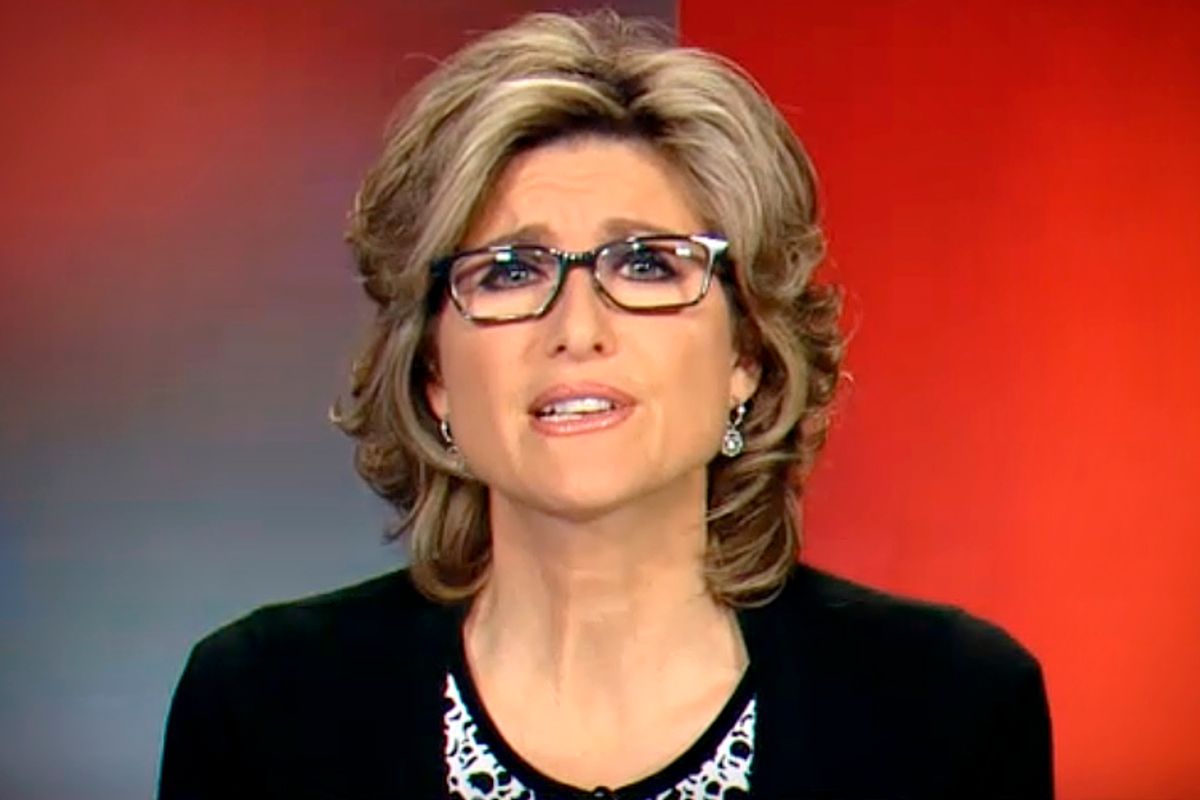 Hey there, angry person on Twitter. You, with the egg avatar and the three followers. You with the intense photo of yourself holding a rifle, and the information about how much you love your religion in your profile -- and the feed that's full of racial epithets. You, with the bio that consists of all caps and random punctuation marks. You, with the Twitter history that consists entirely of angry replies to people in the media. And plenty more of you charmers I don't have time to single out. Can you please do something else with yourself today than tell strangers to die?

I mention this because you're getting ridiculous. Earlier this month, you were saying, "Yes, kill you stupid bitch" to a 5-year-old Disney star. Now, you've made a name for yourself with your attacks on a news personality – and her children. On CNN Monday, an impassioned Ashleigh Banfield forcefully told her viewers, "Call it back, folks. Stop threatening to kill people on Twitter because you don’t like what they are saying."

Banfield has earned the attention of the Twitter trolls of late for her commentary on the death of Jordan Davis and Michael Dunn's divisive murder trial. On Daily Kos just this weekend, community member Pravin called her out for her "wrong and tone deaf" justifications for the jury's deadlocked verdict. And Banfield certainly has a history of provocative behavior: Last month she had to apologize for her "mistake" in airing an artfully edited clip of Hillary Clinton that made it appear Clinton was laughing about the deaths of four Americans in Benghazi. Two years ago, she awkwardly tried to make a stand against homophobia by declaring that being gay "is a lifestyle choice by people. It is voluntary."

I know, can you imagine? A CNN personality with a credibility problem. But being annoying on television still doesn't mean someone deserves to die. As Banfield emotionally explained Monday, "If we can’t communicate, we are never going to know what the problem is. And this is a case that outlines it ... I have had it with people who are threatening me, and my kids, and my family over simply commenting on the law and criminal procedure and respecting juries. Because they do work hard. They work way harder than I do and they work way harder than the rest of those people making those peanut gallery comments. I'm done. My head's about to pop off."

It's easy to get jaded about the level of white-hot vitriol anyone who expresses an idea and takes an action in public is routinely subjected to. It's easy to accept it as the price of being in the online community. Post a comment in a Reddit thread, get a death threat. Work for a zoo that euthanized an animal, get a death threat. Fight to keep your brain-dead child on life support, get a death threat. A lot of days, "Die, bitch" is the Internet's way of saying hello. So it's not surprising that Banfield should find herself on the receiving end of some old fashioned trolling. But can you see how a lot of these go beyond ordinary bullying and into the realm of the surreal?

As Banfield and her colleagues acknowledged Monday, the Dunn trial should be opening up deeper conversations about race and justice in this country. It must. And every time some moron tells another human being to just die, those conversations become harder to have.

Last week I considered writing a story about a controversial issue and decided that I just couldn't face the inevitable death threats I'd get for it. This weekend I had a conversation with a friend in the media, and we talked about how exhausting it can be to get feedback from people who don't seem to realize how incredibly upsetting their demands for terrible things to happen to you and your children can be. So I don't blame Banfield for getting hot under the collar. A lot of days, my head's about to pop off too.

I realize that the average online rageaholic isn't going to be swayed by Banfield's or my plea – a plea not even for civility but a mere lack of violent threats. But the rest of us need to keep talking about this. We need to remind the world that women are being threatened with rape. That gay men and women are being intimidated for coming out. We need to demand better moderation and transparency, and support online spaces that don't put up with this kind of intense bullying and aggression. Good for Banfield, for acknowledging her obvious frustration and disgust. Having a Twitter handle is not an open invitation to be abused, whether you're a CNN star or not. Period.