The host introduced his parents and staff to America 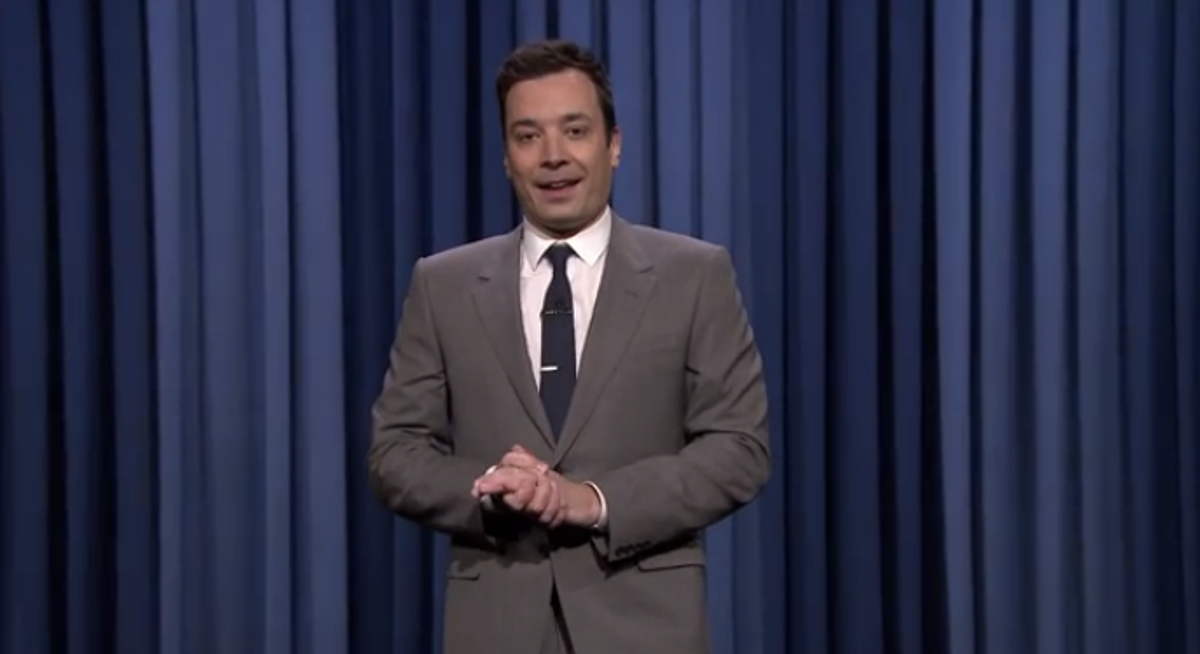 Jimmy Fallon kicked off his first "Tonight Show" not with a hilarious monologue, but by introducing America to his parents, Gloria and James, announcer Steve Higgins, and house band the Roots, who both followed Fallon from "Late Night." The effusive host gushed about the historic "TV moment" that he was a part of and recalled childhood memories of staying up late to watch Johnny Carson host the very same show. Thinking that there is a kid out there doing the same thing with him, Fallon said, "It just really means a lot to me."