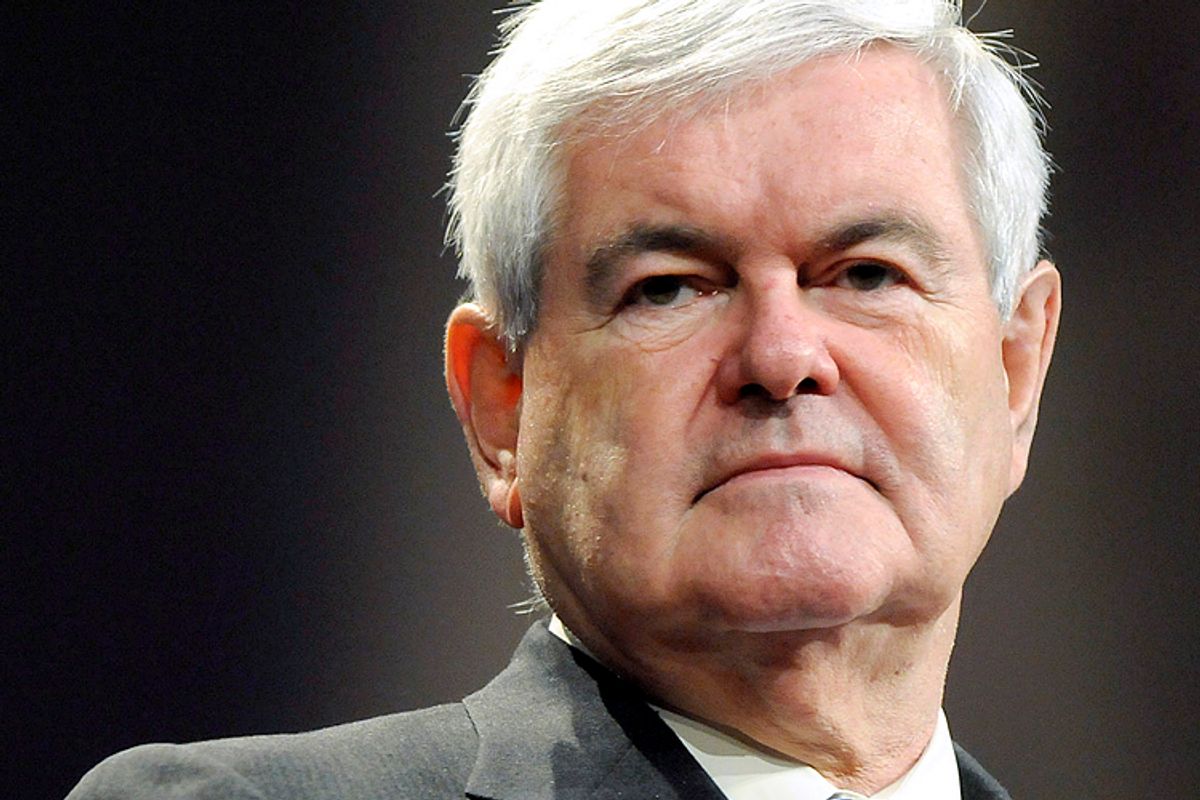 Secretary of State John Kerry's recent speech on climate change, in which he described the problem as "the greatest challenge of our generation," was positively received by most observers as a welcome sign that the Obama administration is serious about doing something to save the planet. But not everyone was quite so pleased.

During an extended Twitter rant on Monday, the former House speaker demanded the secretary of state resign while repeatedly spelling Kerry's name incorrectly:

After being thoroughly mocked on Twitter for getting Kerry's name wrong, Gingrich eventually acknowledged his mistake — but he gave all the credit to his wife, Callista, for noticing the repeated errors: