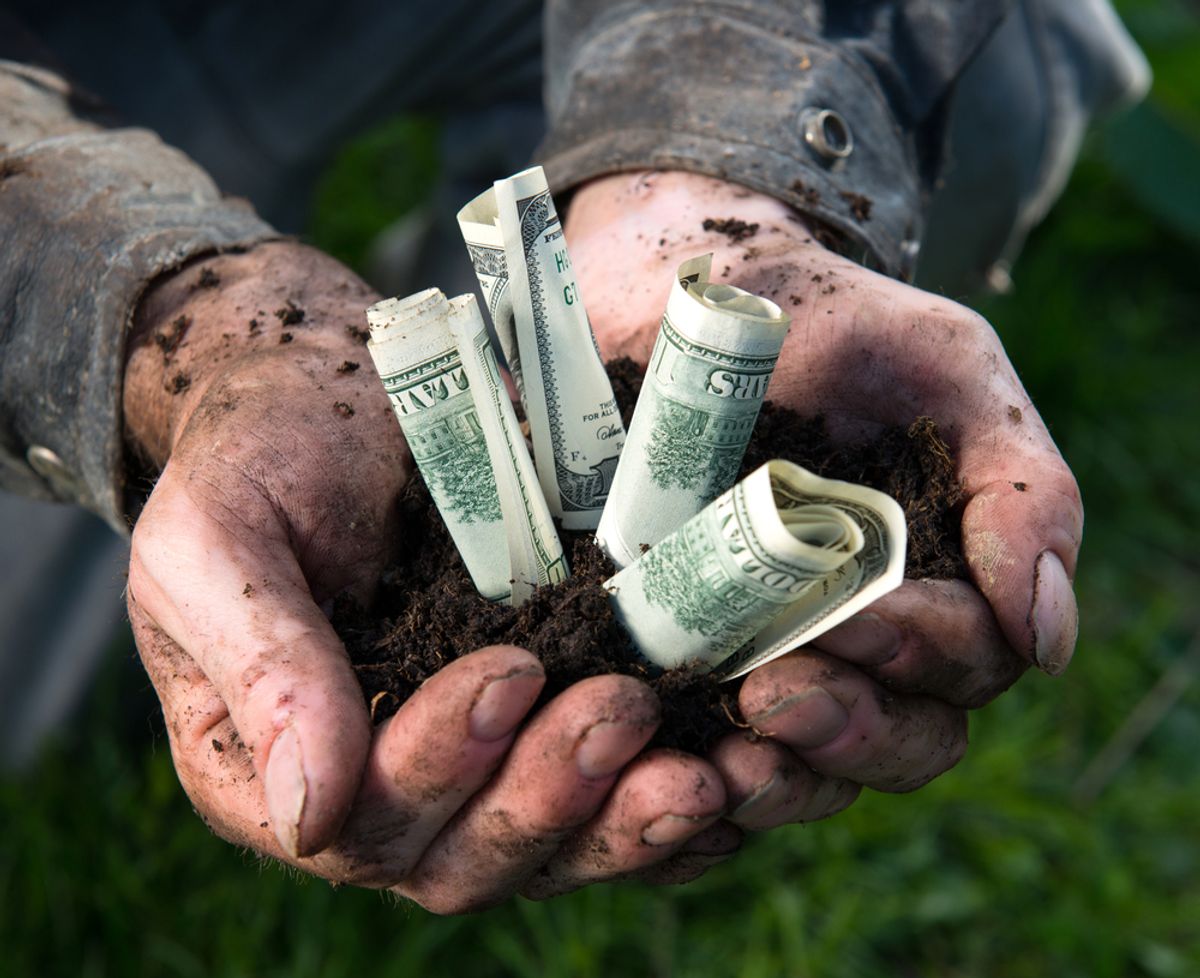 In the short-term, California's farmers have this historic drought to worry about. But there's a larger threat looming for farmland across the U.S.: Wall Street.

A new report from the Oakland Institute projects that over the next two decades, 400 million acres of farmland could change hands from the families that have held it for generations to institutional investors -- places like hedge funds, private equity, pension funds and university endowments -- with a combined $10 billion in capital. Their enthusiasm for agriculture, the report claims, "borders on speculative mania."

The problem with this (aside from the usual problems associated with anything bordering on speculative mania) could have grave implications for the farmland, not to mention the stuff we depend on that farmland for (read: food). According to the report, investors could use the land for industrial farming along with drilling and fracking.  "If they succeed in consolidating control over our land and infrastructure, this new class of land barons could imperil our nation's food supply," Lukas Ross, the report's author, said in a statement.

And in California, at least, they've already gotten started. Documents acquired by the Freedom of Information Act reveal a number of labor violations and environmentally damaging practices going on at farms where absentee owners aren't held directly accountable for the land they've invested in. "For all their size and ambition, virtually nothing is known about these new investors and their business practices," Ross writes in the report. "Who do they buy land from? What do they grow? How do they manage their properties? In an industry not known for its transparency, none of these questions have a satisfactory answer."