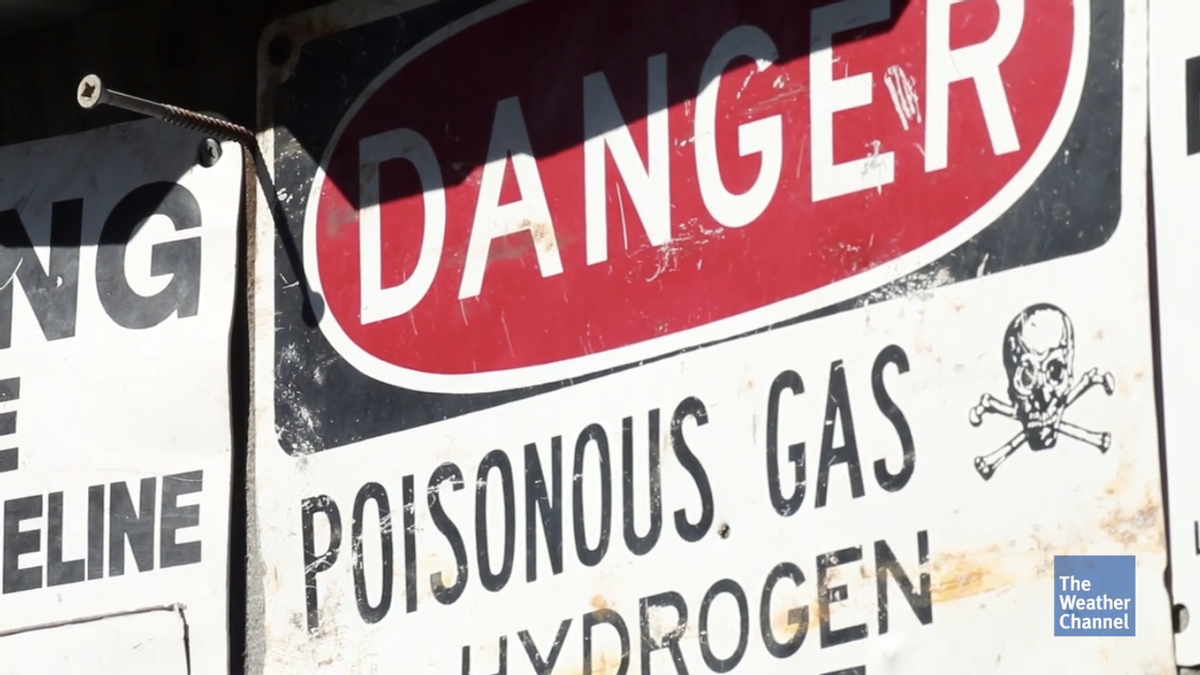 The Eagle Ford Shale in South Texas is the 400-mile-long site of one of the country's biggest energy booms and, as a result of the thousands of oil and gas wells operating there, of dangerous air pollution. How dangerous? Residents complain of asthma, splitting headaches and other health concerns, all attributed to the air quality described by one family as “so bad that their lungs feel as if they will burst.”

A damning investigation released Tuesday by the Weather Channel, the Center for Public Integrity and InsideClimate News describes an oil-happy culture where those against drilling are seen as being against Texas itself, and where those seeing the devastating health effects of pollution are left to their own devices as politicians rush to defend the industry. In case you just want to know how outraged you should be, the team was kind enough to summarize their major findings:

A documentary, released in conjunction with the report, shows just how badly residents have been failed by lawmakers:

The entire project -- feature, video, infographics, photos and even making-of story -- is well worth taking the time to explore.