The tar sands horror story you weren't supposed to hear 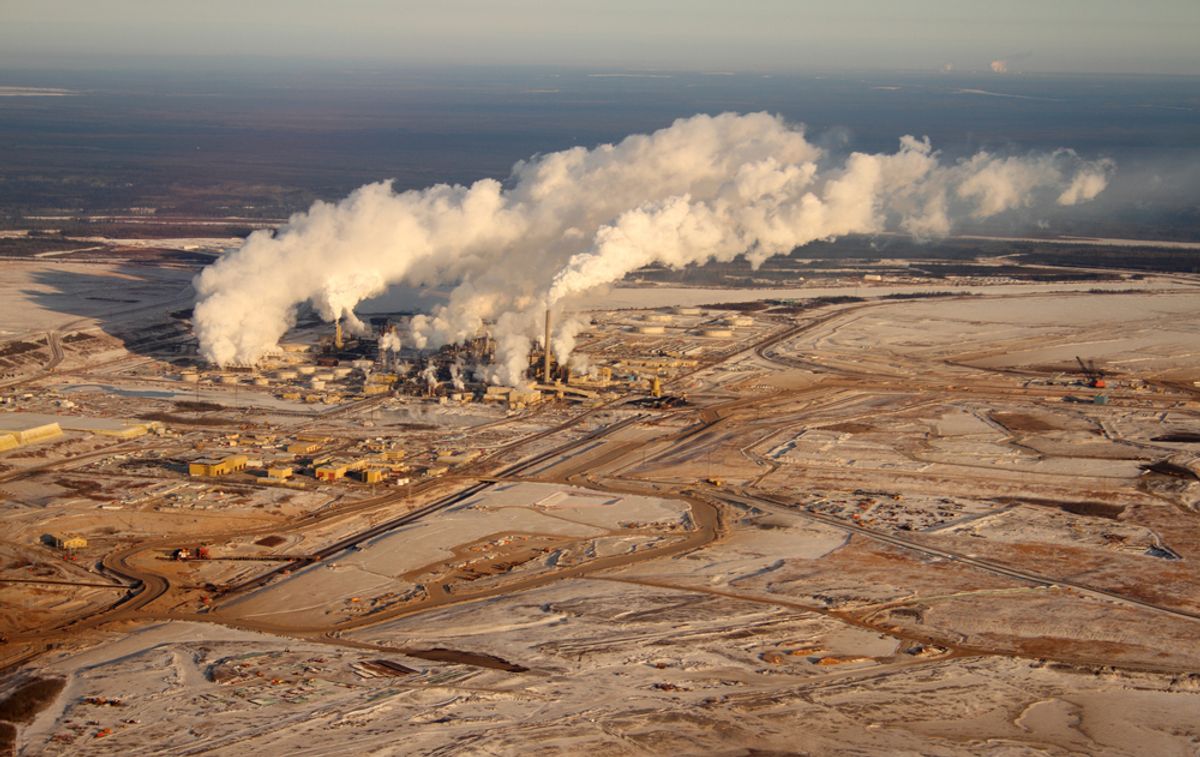 The oil industry was willing to pay big money to keep this one quiet. Instead, ThinkProgress has the heartbreaking story of a family forced out of Alberta by the exploitation of Canada's oil sands (the ones Keystone XL, if built, would tap).

“You’ve gotta understand, I’ve worked for oil sands, I was a contractor,” Alain Labrecque told ThinkProgress. “I’ve never been negative toward oil." Then this happened:

Just as things were becoming comfortable for Alain in December of 2010, he began experiencing some minor health issues. He also owns a logging business, and was busy trying to get the trucks ready for the season. As he was working on the engines, he began to get headaches — nothing serious, he said, but big enough where he had to pop an Advil every few hours. As time went on, he gained a new ailment: eye-twitching, or as he says, a “quick little pull on the eyes.” The headaches persisted. And he was not the only one with problems.

“Why is the little girl always falling?” Alain recalled thinking of his then-two-year-old daughter. He assumed she was just clumsy. But then, in March 2011, his wife, Karla, fell down the stairs. She began to notice that she could make herself faint if she turned her head too far to the left. Around that time, Alain noticed his house smelled like gas — the same smell they would smell the evenings before outside, when Baytex would vent its simmering tanks of oil sands. He checked the furnace, the carbon monoxide monitor. Nothing.

The symptoms progressed. Every night, Karla said she would fall asleep to popping ears. She had sinus congestion, hot and cold flashes. She began to feel as if her arms were hollow. She developed “massive” headaches, like migraines, but different. “I get migraines; this is not like a migraine,” she said. “This is like somebody’s taking a two-by-four to your head.”

Their then three-year-old son, they said, started developing dark grey circles under his eyes, and struggled with constipation. Despite being put on laxatives, he would sometimes go a week without a bowel movement. He once went 12 days. As time passed, Alain developed a growth on his head, which was removed by a doctor.

"You are just a small, little bolt in this huge robot, and you don’t matter," their doctor told them, according to court documents. "Move.” Baytex Energy, the owners of the tanks releasing unregulated emissions that the family says caused their health issues, was willing to help them get out -- so long as they stayed quiet:

Before moving to British Columbia in 2011, after a year of complaining, the Labrecques entered into alternative dispute resolution with Baytex, where the company offered to buy their 160-acre farm for as much as it would have been worth before the environmental damage. No one else would have offered the Labrecques that much. But there was a catch.

According to the sale contract the Labrecques provided ThinkProgress, the sale of their land would have meant silence. No social media posts from them, their children, or their children’s children about Baytex. No more StopBaytex.ca, no more “Stop Baytex” group on Facebook — those would be turned over to the company. No communicating with government representatives about issues concerning Baytex. No talking to the media.

Obviously, the Labrecques didn't take the deal -- on their doctor's advice, they left Alberta and are now fighting Baytex from afar. But their story raises one obvious question: How many similar stories have we been prevented from hearing?